Could North U21A success herald a new dawn for Toomevara? 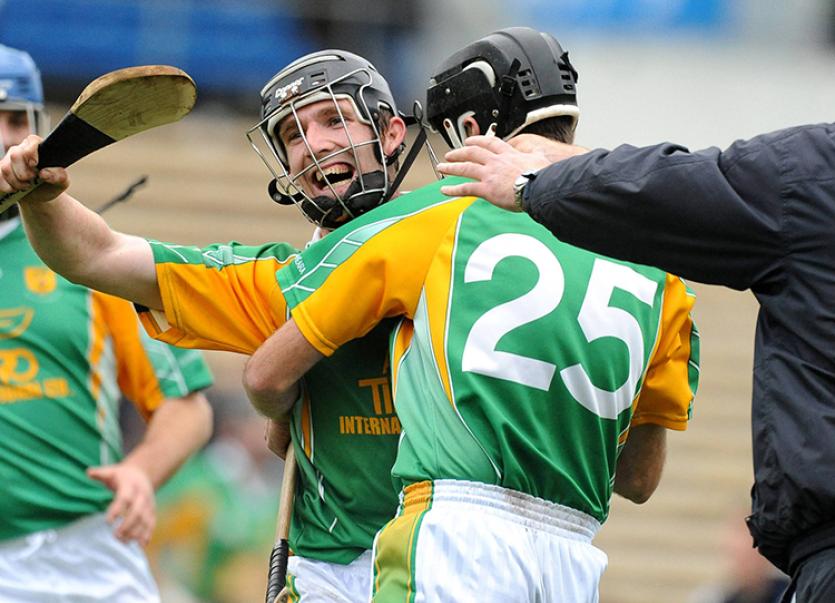 Could a victory in the replayed final of the North Tipperary Under-21A Hurling Championship herald a new dawn for Toomevara? That’s the question the club’s most ardent supporters will be hoping that this emerging group of players can answer in an affirmative sense.

And, there is plenty to feel encouraged about. This team are a smart outfit which feature the gritty values cherished by all Toomevara people. These Greyhounds are also ambitiously led by a management team (Denis Kelly, Ken Dunne & Tommy Dunne) who, most obviously, mean business. Indeed, in what could mark a significant departure Denis Kelly and Tommy Dunne take the reins of the senior side in time for the 2017 championship.

On Saturday at MacDonagh Park, Nenagh Kilruane certainly contributed handsomely to an entertaining under-21A hurling final which went to extra-time, but, in the end, Toomevara proved the more accomplished outfit and were deserving winners of the divisional title - a sweet reward, we are sure, for a bunch of Greyhounds who lost the minor decider three years ago against Nenagh Éire Óg after extra-time.

Kilruane MacDonagh’s set the early pace and established a 0-5 to 0-2 lead as early as the 18th minute. A Willie Coffey grab in the third signalled that the Toome full-forward was determined to influence this final in a significant way and preceded Mark McCarthy’s (free) opening score, but Kilruane responded through Cian Darcy (free) before Conor Cleary cracked over a nice left-handed point to present the MacDonagh’s with the lead.

Mark McCarthy (free) tied the game, but Conor Cleary was wreaking havoc and set up Cian Darcy’s lovely point in the 13th minute. Darcy and Darragh Peters combined beautifully before Cleary swept over a shot before the wing-forward was fouled for another converted free and Kilruane led by three.

Cleary had established a substantial platform for Kilruane to attack from at half forward. And, something needed to be done. Indeed, Toome made the most significant tactical move in the game when Ken Dunne and company called on Kieran O’Flaherty to switch wings and mark Cleary thereafter.

A Mark McCarthy free in the 24th minute settled Toome before Seán Flaherty’s effort at a three-pointer found a post following a Willie Coffey snap. Then, in the 29th minute, the Greyhounds located a real tonic when Mark McCarthy gathered a break following Jason Ryan’s long-range free and flashed a rasping left-handed shot past Conor Doheny in the Kilruane goal (1-3 to 0-5). Once more Coffey was causing consternation at the heart of the MacDonagh’s defence.

A Cian Darcy free tied the game in the first half injury time and the sides retired all square.

A Mark McCarthy free presented Toome with the lead, but Kilruane responded with a brace of Cian Darcy strikes from placed balls and the MacDonagh’s enjoyed a narrow advantage (0-8 to 1-4) in the 35th minute.

Toomevara, however, then took over. Jake Ryan set up Jack Delaney for a right-handed equaliser before a terrific run and strike from Paul Ryan edged the Greyhounds back into the lead. With the game warming up nicely Jake Ryan found the supporting run of Jack Delaney who made no mistake off his right. And, when Alan Ryan cracked over another Toome point in the 42nd minute Kilruane trailed by three - that advantage was extended to four thanks to a Mark McCarthy free (1-9 to 0-8) in the 46th minute.

A Cian Darcy free settled Kilruane before Tomás Hogan, relocated from centre-back to full-forward, was hauled down for a penalty in the 49th minute. Toome ‘keeper Mark Grace got down to his right to save well from Cian Darcy and was smartly out to deny Conor Cleary on the rebound. James Cleary, however, battled gamely to win back possession and recycled to Cian Darcy who buried an equalising goal from close range.

Toomevara then lost Cathal Kennedy and Luke Ryan to injury late in this contest, but took the lead, once more, when Josh McCarthy intercepted a Kilruane clearance and drilled over a left-handed shot. Mark McCarthy found Conor Doheny’s side netting soon after. The influential Jerome Cahill was fouled for an equalising free on the hour mark, but there was still time for Jack Delaney and Cian Darcy (free) to trade late efforts and force extra-time.

A Mark McCarthy free edged Toome one clear during the opening minute of extra-time before James Cleary set up Tomás Hogan for an equaliser. Alan Ryan opted to go for goal in the fifth minute, but Kilruane ‘keeper Conor Doheny deflected that effort out for a ’65 which Mark McCarthy converted. McCarthy tend added a brace of frees and Toome led 1-15 to 1-12 at the break.

On the resumption Jack Delaney drilled over his fourth point from play before, just seconds later, Paul Ryan’s delivery broke inside the Kilruane full-back line, Alan Ryan gathered possession and buried a left-handed shot in the roof of Conor Doheny’s net (2-16 to 1-12).

Jerome Cahill responded for Kilruane, but there was no denying Toomevara the title now and the Greyhounds surged toward John Cleary’s final whistle thanks to points from Paul Ryan and Mark McCarthy (free).