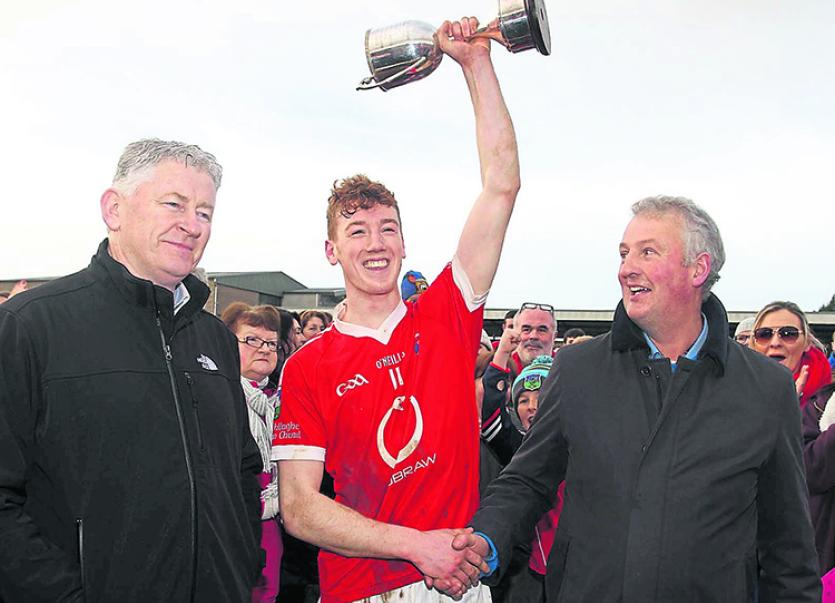 The spectre of Tipperary’s jam-packed club fixtures schedule featured, once more, at the County Convention on Friday night at The Dome, Thurles. And, once more, Tom Maher, the secretary of the Competitions Control Committee (CCC), pointed out in reasonably blunt terms that the format of the Tipperary senior hurling championship is not fit for purpose.

“I would like to say well done to Tom Maher and to John Devane on a tremendous job in completing all of our championships in good time,” Tim Floyd told delegates.

In his report to convention Tom Maher (Moyne-Templetuohy), while reflecting on a year which featured 38 meetings of the committee, warned delegates that divisional nominations will become “the norm”.

“The CCCs in the divisions are working on a smaller time frame than here to fore; a time frame that I believe is beginning to not exist. I have no doubt that if we continue (along) the same path in organizing our fixtures that nominations will become more the norm in fixture making. Clubs will also have to become aware that games cannot be called off for any reason, even the most pressing reason,” reported Tom Maher.

“I have spoken several times, both on annual reports and at County Board meetings, about the logjam our fixtures are in with regards to fixture structures. I am not going to bore you with more of the same here, but suffice to say that things have not got much better,” Tom Maher added.

“I think that 11 or 12 rounds is far too many in this championship. I again repeat that, like other counties, seven should be the maximum number of rounds. However, if we continue to operate with more than this number the tighter things will be and the more nominations will be required from the divisions,” read the report of the CCC secretary.

“Last year I mentioned in my report the need for extra venues with lights. It is now a few years since lights have been put into grounds. Several years ago many venues installed lights which was a God send when organizing games in the ever-increasing squeezed fixture list. That advancement has now come to a halt. We need grounds now more than ever with lights to fulfil our programme,” reported Tom Maher.

“I would like to encourage clubs at this stage to think about investing in having lights installed in their venues. This facility is now, more than ever, required. So, please examine the options and the grants that are available for lights to be installed at your ground. One thing is for sure: we will be unable to run our competitions without more venues having lights as time moves on.”

In his address to the convention on Friday in The Dome, Thurles County Board chairman Michael Bourke described 2016 as an “amazing year”. The Upperchurch-Drombane man was particularly pleased that “the performances in 2016 reflected the style and charisma of Tipperary hurling”.

County Board chairman Michael Bourke was also careful to thank volunteers in Tipperary for their contribution. In his address Mr Bourke said “whatever your contribution, big or small it is much appreciated”.

Mr Michael Bourke asked Tipperary Coiste na nÓg to take “a serious look” at reverting the minor age grade within the county down to under-17 and to “adjust all of the other grades downwards” in light of the fact that from 2018 the minor inter-county grade will be adjusted from under-18 to under-17. The County Board chairman also suggested that the voting system employed to decide the hurler of the year award needed to be examined, but insisted that his comments on the matter were “not a crib”.

Michael Bourke welcomed the operational surplus reported by County Board treasurer Michael Power (€85,957) and thanked Elvery’s for their sponsorship of the Tipperary inter-county teams.

Mr Bourke also said that the efforts of the Tipperary Supporters Club “deserve special mention” - in 2016 the Supporters Club contributed €144,251 to the cause. With regard to Croke Park’s contribution to the players’ holiday fund Michael Bourke said: “I would hope that Croke Park will take a serious look at their contribution to the holiday fund - it is not more than the players deserve”.

Chairman Michael Bourke posed a question in his remarks with regard to Tipperary clubs who “bring in outside trainers”.

“Can we sustain this level of expenditure,” Michael Bourke asked.

The Upperchurch-Drombane man also argued that Tipperary should “embrace” the proposals of GAA director general Páraic Duffy to alter the structure of the inter-county football championship.

With regard to fixtures Mr Bourke said that “it is disturbing to see some divisions with so many un-played games and walkovers given”.

Michael Bourke also revealed that a “new concept for the future development” of Dr Morris Park, Thurles would be soon be published. Indeed, Mr Bourke asked delegates to “watch this space” with specific regard to the matter.

In response to Tim Floyd’s tenth report as County Board secretary John Costigan (JK Bracken’s) praised the Newport man who has presided over a “tremendous decade” for Gaelic games in Tipperary.

“I must say that most secretaries reports are accepted and taken for granted, but we must offer our sincere compliments to Tim (Floyd) for producing a marvelous report,” former County Board chairman John Costigan said.

“And, it is great to have such an able committee in the county. This year has been very successful and it is down to a marvelous team effort. I want to congratulate you all on a marvelous performance in such a wonderful year.”

Con Hogan, the chairman of the Semple Stadium Committee, revealed at the County Convention that a campaign would soon be launched to recruit stewards to work at the Thurles venue. Indeed, Mr Hogan encouraged clubs to submit the names of those interested to the committee. Mr Hogan also reported that a big match required a work force of up to 400 people.

“It is a labour of love for many people,” Con Hogan said before explaining that “our welcome for people among stadia in Ireland stands out as the best in the country”.

Mr Hogan described the Kilkenny-Waterford All-Ireland semi-final replay as a highlight of the year for Semple Stadium and also reported that it was “a good year financially” for the venue. The average operational costs associated with Semple Stadium run at €8,000 per week.

“It is the first time in at least ten years that we finished the year in the black. It is a big operation with big money involved,” Mr Hogan reported to the convention.

Mr Hogan was delighted to reveal that works on the roof of the Ó Riain Stand would eradicate all leaks and that following a “major piece of work” the stadium capacity will soon be adjusted back up to 50,000.

“We would expect that the stadium capacity will be back up to 50,000 making it the second biggest stadium in Ireland. The Aviva (Stadium) is the same as us. So, we are right up there. We want to maintain our status as the foremost hurling stadium in Ireland,” Con Hogan said.

The vast majority of the County Board officers were returned unchallenged. One potential election was avoided when John Costigan (JK Bracken’s) withdrew from the contest to be named among the two Munster Council representatives. Mr Costigan’s decision cleared the way for Jimmy Minogue (Nenagh Eire Óg) and Gerard Ryan (Templederry Kenyons) to take responsibility for the provincial role.