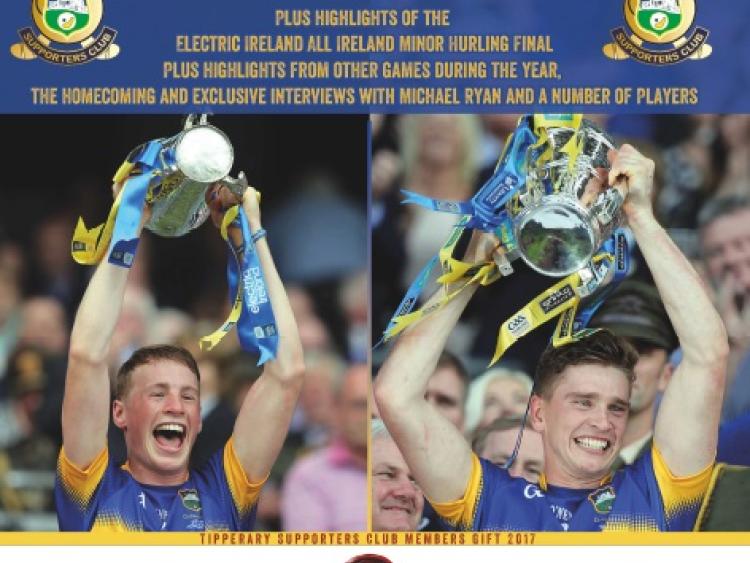 At the request of Michael Power, new ex-officio Treasurer, Bryan Maher, Assistant Treasurer, presented the detailed accounts for the year which resulted in grants of over €125,000 to expenses connected with the successful senior hurling All-Ireland campaign including medical treatment, specialist training, travelling and accommodation.

In his first report to the AGM as Secretary Eamonn Buckley summarized the highlights of the club’s activities in a memorable year for hurling in Tipperary.

John Coman, PRO, on behalf of John Malone, Membership Officer, who was unavoidably absent, reported on another good year for numbers joining as adult members and as junior members, and asked all members to make a special effort to encourage extra members to join up and to ask existing members to join using the direct debit facility. Members joining by direct debit will enjoy a special discounted membership rate of €30 for 2017.

He reported that hundreds of members had already joined for 2017 with the member's gift of the specially-produced DVD of the 2016 All-Ireland campaigns proving very attractive.

John especially thanked committee members Jim Reidy (who was awarded the Laochra Gael award this year) and Danny O'Connell for their long hours of work on the membership efforts.

In his address as chair John Tierney thanked all the Tipperary Supporters for their generosity in supporting the fund-raising efforts of the Club. John thanked everyone who had helped him in his role as chair of the club including club members, sponsors, funders, committee members, County Board officials, team manager, selectors and backroom team and of course the players who had given the supporters so much to cheer about during the year. John made a presentation to Joe Tuohy on his retirement as secretary of the club and thanked Joe and his wife Eleanor for their tremendous contribution to the cause of Tipperary hurling. He noted that Joe was continuing as an active Committee member.

The meeting was also addressed by County Board chairman Michael Bourke who thanked the Supporters Club for being a vital element in the winning effort for 2016 he commented on the great co-operation between the County Board and the Tipperary Supporters Club in their work. Liam Myles (President, Tipperary Association Dublin) also congratulated the club on a great year and commented on the brilliant way in which the Tipperary hurlers represented the county on and off the field.

Finally, Michael Ryan (Tipperary senior hurling team manager), who was joined at the meeting by players Noel McGrath and Steven O'Brien, brought an end to the meeting by thanking the Tipperary Supporters Club for their invaluable help. Michael asked all Tipperary supporters to continue to support the club and explained that the players were already preparing for 2017.

MEMBERSHIP
Those who subscribe to the Tipperary Supporters Club for the 2017 season will be rewarded with a commemorative DVD which celebrates the county’s 2016 All-Ireland success - membership is priced at just €40.

Each member of the supporters club will also receive a Tipperary Supporters Club car/window sticker featuring Brendan Maher with the Liam MacCarthy Cup and a 2017 membership card. The membership card entitles the holder to a range of discounts including a 10% discount at the Tipperary GAA Shop at Lár na Páirce, Thurles.

Members will also be entered into a draw for five sets of stand tickets for all of Tipperary games in the Munster and All-Ireland senior hurling championships. In the event of the senior hurlers reaching the All-Ireland final there will be a special draw for two night’s accommodation for two people in the Four Star Louis Fitzgerald Hotel (match tickets included).

Members also receive regular email updates on news pertaining to the Tipperary senior team along with a text for each Tipperary team announcement for the Allianz League and senior hurling championship games.

Supporters can join online now on tippsupportersclub.com/join by credit card or debit/laser card. Membership is priced at €40 per person. The website also features details a direct debit facility. Please join the Tipperary Supporters Club in time for the 2017 campaign.

All proceeds from membership go towards the preparation and training of the Tipperary senior hurling team.