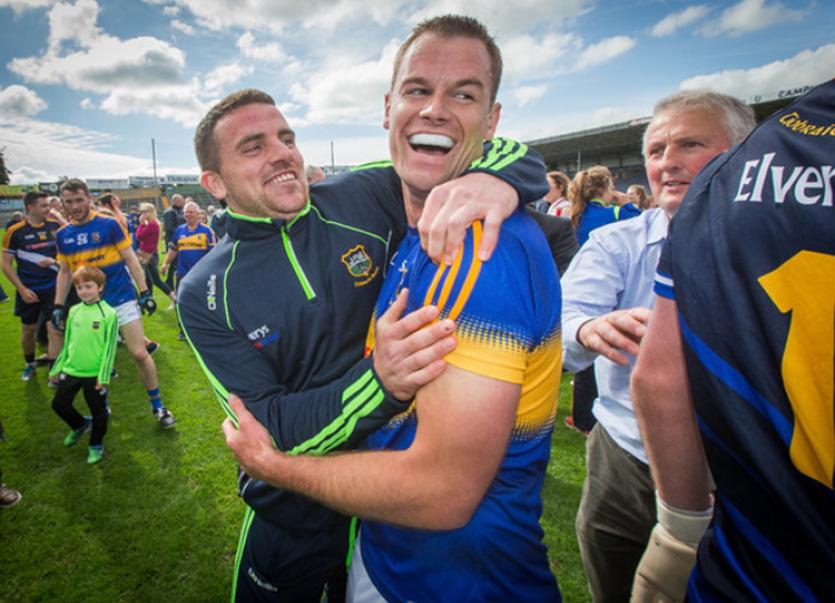 Tipperary's Alan Moloney made a telling impact against Kerry on Sunday.

Liam Kearns’ Tipperary football team lost by 14 points to Kerry in the opening round of the McGrath Cup on Sunday in Austin Stack Park, Tralee. And, although the display of the Tipp team was disappointing a sense of perspective is the key to interpreting this result.

On Sunday a rusty Tipperary team were simply not prepared in a physical, emotional or mental sense to face a Kerry under-21 side which has been working hard under manager Jack O’Connor since, reportedly, last August - Kerry senior manager Éamonn Fitzmaurice opted to watch this contest from the stand while the approach of both teams, although completely understandable, raises questions about the viability of the competition.

Indeed, Tipperary’s approach to this competition probably illustrates how far football in the county has travelled: the Premier may have placed significant value on this pre-season tournament in years gone by, but, and most obviously, Tipperary are that bit more ambitious under manager Liam Kearns. Gone are the days when Tipperary sought encouragement in this competition and prepared in order to make an impression on the provincial series.

The half-back line of Emmet Moloney, Robbie Kiely and, especially, Kevin Fahey shone out for a Tipperary team which malfunctioned in most areas of the field. Diarmuid Foley took his goal in eye-catching style while the kick-passing and composure of Alan Moloney was critical to a Tipperary side who struggled to move the ball into the final third. Brian Fox and Philip Austin were others to make an impact, but, in truth, Sunday’s display was a country mile away from the style of football that we have come to associate with this group.

Just consider the facts: Tipperary scored one point in the second half and two between the 17th and 70th minutes. The Premier’s shooting percentage from play was less than 19%, Tipp conceded 19 frees, 30 deliveries forward were intercepted and although Liam Kearns’ men broke even in the turnover battle (15-15) there were a few incidents which must be of concern to the management team. During the build-up to a Seán O’Shea point, for example, with 13 minutes to play Tipperary had a Kerry trapped at left wing-back in a five-on-two scenario, but the home side escaped easily and moved the ball smartly down the field to where O’Shea booted over his side’s tenth point.

A right-footed effort from Cathal Bambury presented Kerry with the lead in the first minute before Mathew O’Sullivan hesitated with the goal at his mercy in the fifth minute and Evan Comerford got off his live to deny the hosts an early goal.

Philip Austin, who was introduced as an early substitute, made a telling impact in the tenth minute when the Borrisokane man took on the Kerry defence and set-up Diarmuid Foley with a smashing pass - Foley still had a bit to do and in a composed finish drilled his right-footed shot past the highly-rated Shane Ryan in the Kerry goal.

Corner-back, and man of the match candidate, Tom O’Sullivan notched the first of his two points to present the home side with the lead in the 17th minute, but Tipperary scooted down the field almost immediately to land an equalizer when Kevin Fahey played a neat one-two with Martin Dunne before the enthusiastic wing-back landed the point of the game off the outside of his right boot (0-4 to 1-1).

Kerry pressed the Tipperary kick-out to significant effect and stole into the lead following a free earned off an Evan Comerford re-start in the 19th minute thanks to a Seán O’Shea strike. Tom O’Sullivan sold a smashing dummy during the build-up to another Kerry score in the 24th minute before the home side found themselves three clear thanks to an excellent left-footed effort from Conor Geaney.

Tipperary were struggling to build attacks of note and conceded a penalty in the 26th minute when a sloppy delivery forward was intercepted; Kerry burst forward and found full-forward Mathew O’Sullivan in a one-on-one situation via a diagonal delivery. Paddy Codd opted to foul O’Sullivan and Cathal Bambury made no mistake from the spot.

Tipp had now conceded 1-3 without reply, but the introduction of Alan Moloney to the middle third improved matters significantly. Indeed, the Rockwell Rovers man played Brian Fox through in the 31st minute, but the Éire Óg Annacarty star drilled his low shot narrowly wide.

Kerry extended their lead to seven thanks to a converted ’45 which came courtesy of Seán O’Shea before Kevin Fahey brought 19 scoreless minutes to a conclusion for Tipperary in first half injury time (1-2 to 1-8).

Tipperary conjured a smashing attack in the 38th minute - Philip Austin and Josh Keane combined before Robbie Kiely’s off-the-shoulder run beat the Kerry blanket; Kiely found Alan Moloney and although Moloney made a terrific connection Kerry ‘keeper Shane Ryan made a sensational save when getting down smartly to his right.

Although referee Conor Lane appeared to ignore a couple of reasonable mark candidates Alan Moloney notched Tipp’s first mark (and the only mark of the game) in the 42nd minute before Kerry plundered their second goal in the 46th. Seán O’Shea found Cathal Bambury and this clever corner-forward floated a delicious ball in toward Mathew O’Sullivan who was loitering on Paddy Codd’s blind side. The St Michael’s man carefully palmed home the delivery and Kerry led by nine (1-2 to 2-8).

Jack Kennedy booted over Tipperary’s only point of the second half in the 49th minute before Mathew Flaherty and Seán O’Shea added to the home side’s tally.

Kerry’s third goal materialized in the 34th minute when Ivan Parker’s floated delivery was punched home by Mathew O’Sullivan. Cormac Coffey enjoyed the final say in the matter with a point from play in the last minute before referee Conor Lane brought this contest to a close 26 seconds early.