Two defeats in four days need to be put into perspective 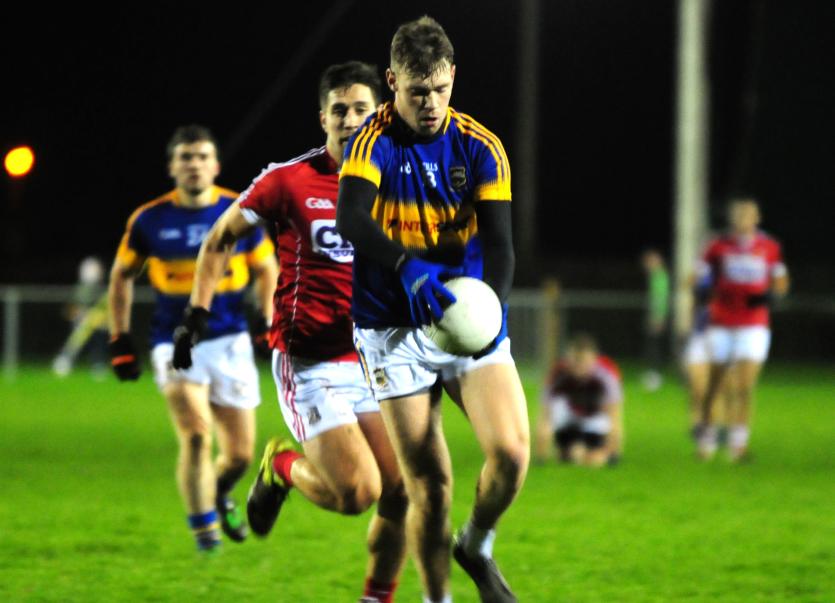 Action from last nights McGrath Cup clash between Tipperary and Cork in Templetuohy.

Tipperary suffered their second defeat of the 2017 season, just four days after their first one. But, those defeats came at the hands of provincial kingpins Kerry and Cork and help to underline the enormity of the task facing the Premier County in the Munster championship.

Two heavy McGrath Cup defeats in four days at the hands of Kerry and Cork respectively underline the magnitude of the task facing Tipperary’s footballers as they bid to mix it with the province’s elite and build on last year’s epic journey that brought them to the All-Ireland semi-final where they lost to Mayo.

Pitted against Kerry and Cork in their section of the McGrath Cup, with one team to qualify for the final, the odds were stacked against Tipperary, but the disappointment here is that the Tipp performances did not match their aspirations, with the 3-11 to 1-3 loss to Kerry the previous Sunday followed by an equally emphatic sixteen points defeat by Cork at Templetuohy on Wednesday evening last.

However, these setbacks need to be put in perspective. Firstly, the McGrath Cup is a pre-season training exercise, a means towards an end. In Tipperary’s case this ” end” is the opening game of division three of the National football League against Antrim when promotion will be high on the agenda. 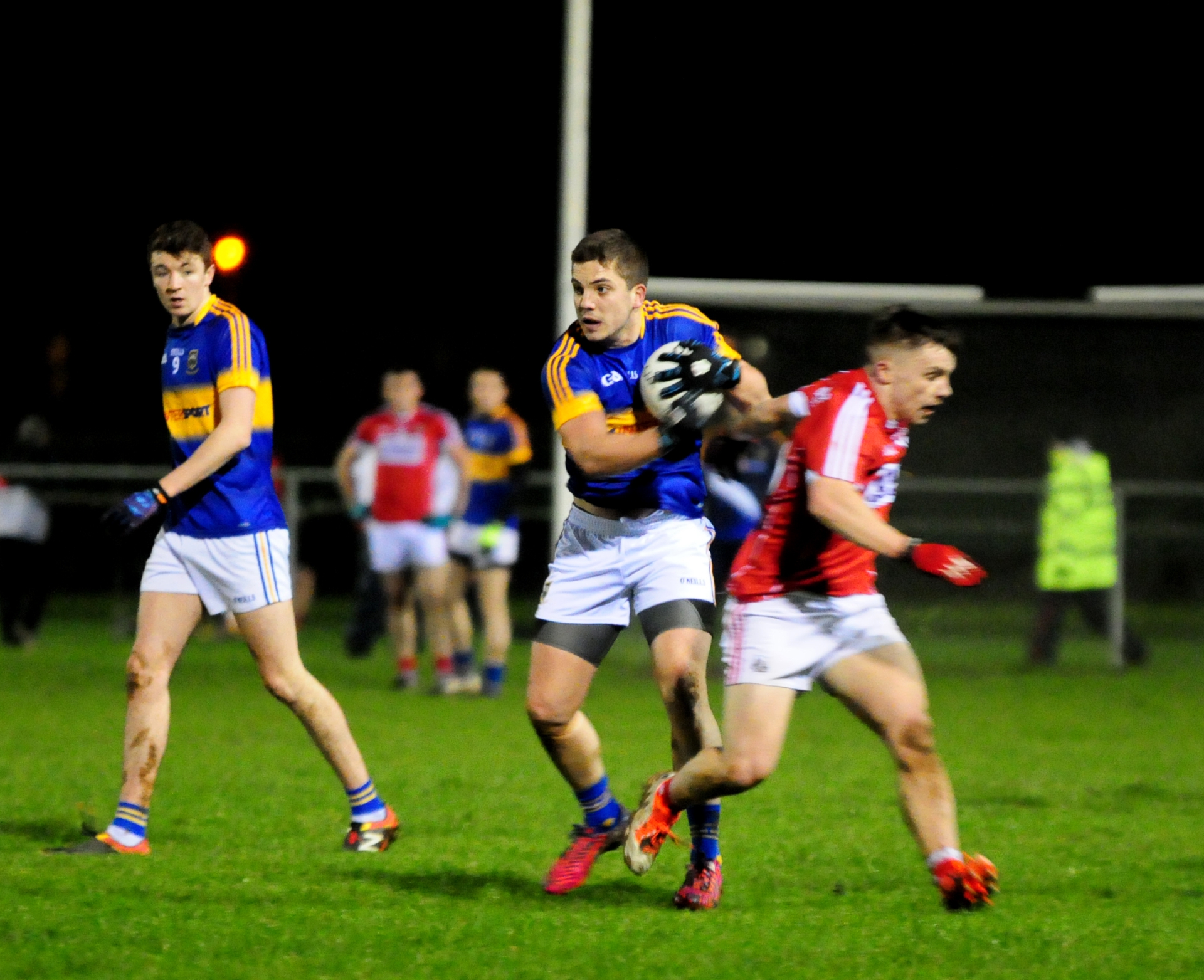 Tipperary are somewhat behind Cork and Kerry in terms of pre-season preparation, a fact underlined by the level of these performances which  set down a marker as to the “the bar” that has to be recached in the coming weeks.

Having to play two games in four days so early in the season put Tipperary at a disadvantage to both Cork and Kerry. With  half of the team that lost to Kerry again  in action, tiredness was clearly a factor on Wednesday evening. Op top of that, only four of the team which started against Mayo last August were in the first fifteen  against Cork.

When all of these matters are taken into account a different picture emerges of the significance of these defeats but there is no escaping the reality that Tipperary have some distance to travel to get to the level of their provincial rivals. Last year’s heroic exploits are history. A new year with a higher level of expectations is at hand.

Against Cork in typical January conditions at Templetuohy, Tipperary were competitive for only about fifteen minutes. They had the first point from Liam Boland, and two more from Liam McGrath to trail 0-3 to 0-4 after fourteen minutes but then Cork took control, reeling off seven scores without reply in eleven minutes, the most significant of which, a goal by Niall Coakely in the 21st minute, helped the Leesiders to a lead of 1-10 to 0-3.

Diarmuid Foley’s point was followed by two further Cork points but Tipperary got a boost when Alan Moloney netted in injury time to leave the home side 1-4 to 1-12 adrift at the break, but with the breeze to face in the second half. 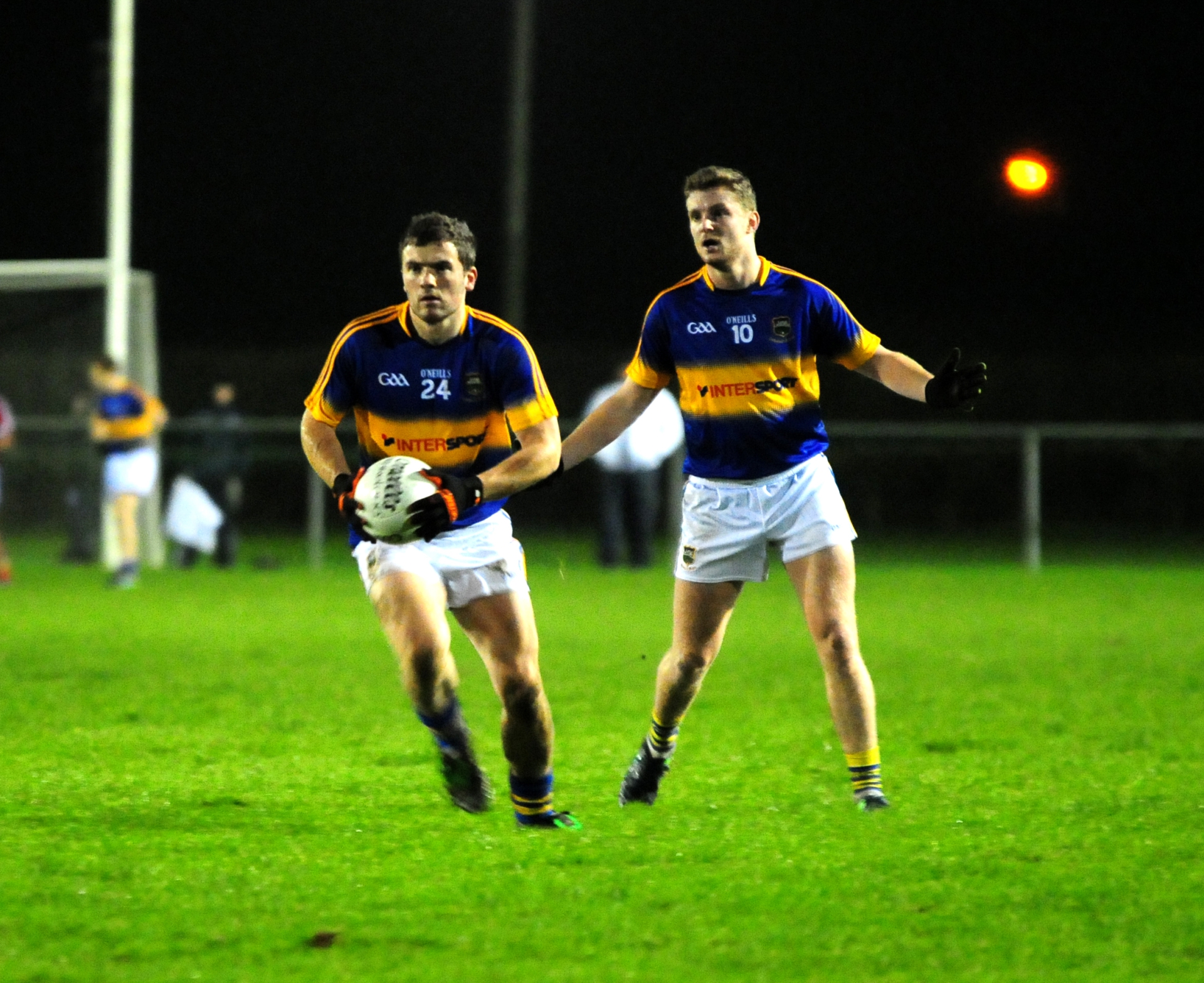 Early points from Liam Casey and Liam Boland cut the lead to six points and hinted at a possible resurgence. They stayed in the hunt with further points from Liam McGrath and Boland matching Cork scores up to the 55th minute with the scoreboard reading 1-9 to 1-15.

From this to the end though, it was all one-way traffic with Cork picking off their points comfortably, Coakley’s second goal in the 60th minute rounding off an impressive display by the Dublin-based, St Jude’s player.

Only Brian Fox, Bill Maher, Robbie Kiely, and Josh Keane of the first fifteen against Mayo lined out in this game but Conor Sweeney came on ten minutes into the second half, and  midfielder Alan Moloney, came on as a sub against Mayo. With so many key men absent, a repeat of last year’s championship defeat of Cork was always unlikely, and now the focus turns to that opening league game against Antrim with promotion from division three the obvious and attainable objective.

Manager Liam Kearns will have to search hard to find real positives from this outing, though of course the games against top of the range opposition will concentrate the minds of the players on the challenges facing them. However, such as Liam McGrath and Liam Boland, strengthened their claims for regular starting places with Bill Maher, Robbie Kiely(until black-carded in the 49th minute), and Conor Sweeney when he came on, also doing well.

Cork and Kerry will battle it out for the spot in the final. New Cork manager, Peader Healy, will be pleased with the win but no doubt would have wanted a stiffer test. He had some newcomers on show with Niall Coakly, Sean Powter, and Kevin Davis, underlining their credentials.