A call to arms issued for new GAA referees in The Premier County. Will you take it up? 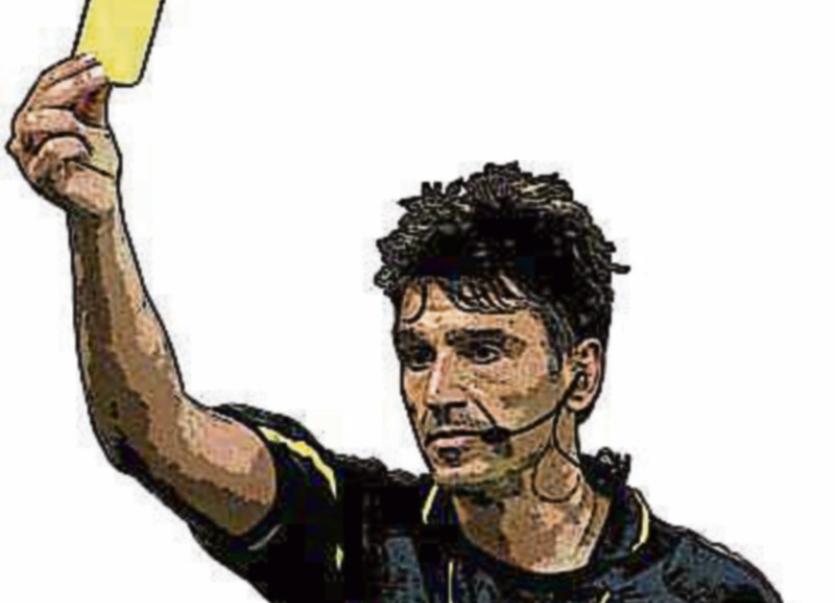 Have you got what it takes to be a referee?

Tipperary County GAA Board is calling on prospective referees to take up the whistle.

A call to arms has been issued for the recruitment of new GAA referees in Tipperary with each club in the county being asked to identify members who might just make a good knight of the whistle.

Let's face it, anyone who has attended a GAA game has probably roared in something to the referee at some stage. But, like it or not, no games can be played without a referee to take charge and officiate.

So, the challenge is being very firmly set now for anyone to come along and take up the whistle. You will be fully trained, advised on the best course of action in terms of knowledge of the rules, fitness and progression throughout your career. And, you could get to work with some of the best GAA players in the land, depending on what level you aspire to.

Basic Club Referee Training Courses are provided every two years by trained Referee Tutors in County Tipperary. Held over 4 nights in Thurles, the course is developed in conjunction with Croke Park and supported through the Provincial Munster Referees Administrators. Dates for the Training Course are as follows;

Training as a Club Referee involves the following modules:

Modules are “classroom” based and involve attendance and participation by the prospective referees. A timed Rules Test is centrally organised by Croke Park, which the participants complete “on-line”, with a pass-mark set which must be achieved for successful progression

An initial trial Fitness Test, i.e. a “BANGSBO or BEEP Test” will be used to familiarise new entrants with the levels required.

A standard test will be used later in the year to monitor progression with a view to the achievement of a minimum standard required for qualification.

Following successful completion of the Training Course the successful candidate is certified as qualified by Coiste Ríaracháin Réiteoirí Contae Tiobrad Árann as a Réiteoir Chlub or Club Level Referee. It is recommended for Foundation Referees to be appointed to referee games up to and including U14 for a period of 2 years.

The Tipperary County Board is now seeking applications from interested individuals, who are considering taking up the role as Club Referee and applications must be submitted through their respective Club Secretary on the relevant Application Form which is available online on the Tipperary GAA website. See http://tipperary.gaa.ie/gaa-referee-recruitment-tipperary/.

Please note all applications must be accompanied by a cheque for €100, from the applicant’s home club, which will be refunded after officiating at ten games. Completed application forms accompanied by €100 cheque only should be forwarded to Paul Stapleton, Secretary, Tipperary Referees Administration Committee, Lár na Páirce, Thurles, Co. Tipperary.

All clubs who do not currently have a referee in their club are encouraged to trawl their membership for prospective candidates.

Current Referees are reminded the compulsory Fitness Assessment and Rules Test are confirmed for 7.30pm on the 19th Jan and 9th Feb 2017 in The Dome Thurles, while the annual IN SERVICE will be held at 7.30pm on 16th January and 20th February in the Sarsfields Social Centre, Thurles.

So go on, if you ever had any thoughts about how poorly you regarded that referee at any particular game, why not put yourself in their shoes? Why not have a go at refereeing and see how you can make a contribution to the GAA in your division/ county or province.

Despite the criticisms received from all and sundry, all referees will tell you that it is a very rewarding profession and they are privileged to be in a position to referee games at all levels, whether juvenile, underage, or adult, in both codes.

Referees are needed in order for our games to survive - could you help out?