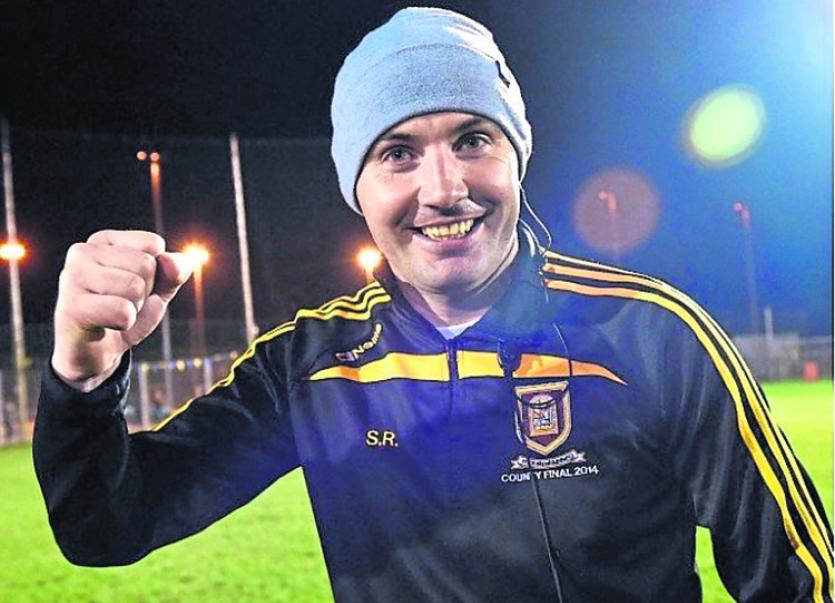 On Sunday, January 29th Tipperary will launch their Lidl Ladies Football League division three campaign away to Wexford - manager Shane Ronayne spoke to the Tipperary Star about his plans, ambitions and hopes for the year ahead.

Tipperary ladies football manager Shane Ronayne is a coach to be reckoned with - the Mitchelstown man helped guide Cork to two All-Ireland titles and steered Mourneabbey to three provincial titles (2014-16).

So, when someone like Shane Ronayne makes it his business to seek out and secure the top job in Tipperary you pay attention. It is a compliment to everyone associated with the development of ladies football in the county that a coach as accomplished as Ronayne is guiding the Tipp project this term. Indeed, Ronayne is excited by the raw potential of Tipperary.

Shane Ronayne is a teacher at Coláiste Dun Iascaigh, Cahir and is well-known within Tipperary ladies football circles - he managed the minor team from 2007-10 (winning the Munster B championship in 2008, 2009 & 2010). In 2010 he managed and coached the under-16 team to a Munster B title while as manager of the senior team in 2009 Tipperary were promoted to division one of the National Football League.

Ronayne was ratified as Tipperary intermediate ladies football manager at the October meeting of the County Board - the Cork man put his name forward for the position because he had a sense, like many people, that Tipperary ladies football is going places.

“I think it has progressed incredibly well (since 2009),” Shane Ronayne told the Tipperary Star this week.

“The quality of player coming through is excellent. Their attitude is excellent. I also think the important thing is that they have achieved success at underage. They are used to winning and they have a winning mentality. They are not going to go out there and accept being beaten. I think that's very, very important. Their basic skills and their level of preparation has improved dramatically. I just see a marked difference in training; there is a real will to win there. I would see a new bite in them.”

Due to injuries and commitments to third level competition it is likely that Tipperary will struggle to give a true indication of their potential during the opening rounds of the league, but Shane Ronayne does expect his team to make a significant impact on the competition.

“We are in three competitions - the league, the Munster championship and the All-Ireland competition,” Shane Ronayne explained.

“I would like to win all three, but the ultimate goal has to be winning the All-Ireland. That's the ultimate goal, but I do feel that if we win the All-Ireland and we were still playing in division three next year that won't help us going forward. I will be putting an emphasis on the league, but I learned from my experience with Cork that the target for the league must be to get into the top four. If you get into the top four you are into a semi-final and then you can start to focus on other things. I would like to achieve promotion out of division three if it is possible. If it's not possible it won't be the end of the world, but, going forward, it would be much more beneficial for us to be playing in division two.”

Every member of the panel will be given an opportunity to show what they can do during the league campaign while Shane Ronayne is also eager to bed in a playing style which he feels will best serve the players at his disposal.

“My first target would be to make sure that we are very secure at the back. With Moureabbey, especially in our first year, we could have been described as a bit defensive in some games, but I think it's a great basis - get the defence sorted out and get people working hard,” Shane Ronayne told the Tipperary Star.

“I know from my experience of working with Cork that Cork didn't really have game plans and Eamonn Ryan (former Cork manager) would tell you that. We didn't have game plans - the game plan was that everybody had to work very hard. I know that probably sounds a bit clichéd, but that was the reality of it. There was no real game plan talked about inside in the Cork dressing-room - we just went out and everybody worked hard. So far we have kept it very simple - we have played two matches; we have kept the team talk very simple and very straight forward.

“People have their jobs to do and everybody has to work hard, but I would be very much in favour of players expressing themselves out on the field. If you are a corner-back I don't mind seeing you going up and taking a shot. That's what I like to see; that players are not tied into a little box. I would feel that when we get the ball we all become attackers and we have not got the ball we are all defenders. That would be my philosophy,” Shane Ronayne added. 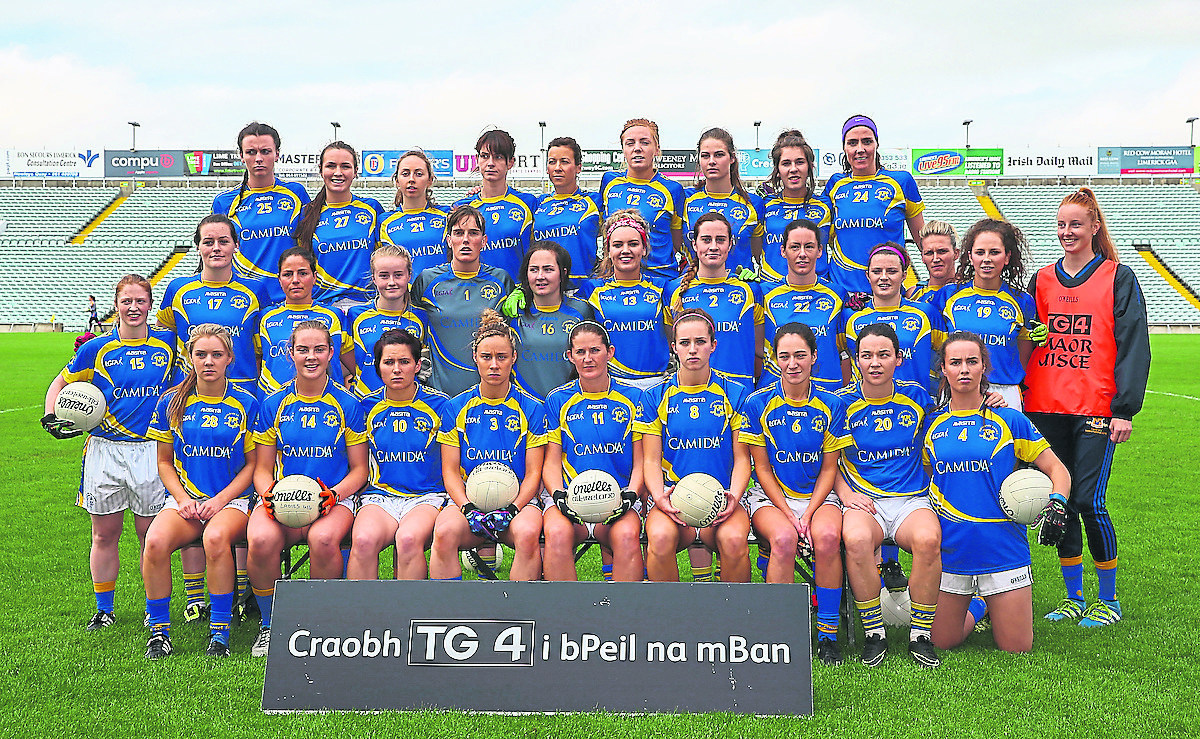 The Tipperary team which narrowly lost out to Clare in 2016 All-Ireland intermediate semi-final.

Since his appointment in October Shane Ronayne has worked hard to build a high performance support structure around his players. The group, for example, train on Cahir Park FC's new 3G pitch - a top class facility - while Ronayne has pulled together a highly-impressive management team.

Tony Smith was a member of the management team which helped the Tipperary ladies football under-14 team to All-Ireland titles in 2015 and 2016 while goalkeeping coach Tomás Mac a tSaoir is a former Kerry senior footballer and is a coach with the UCC ladies football team. Finally, selector Elaine Harte won eight All-Ireland titles with Cork. The Moyne-based teacher was also involved last year as goalkeeping coach under then manager Gerry McGill.

“I would be big into developing high standards of performance. When I was putting my background team together I was conscious of that - Alan O'Connor is a top class strength and conditioning coach and he is a top class football coach as well. He is a crucial element to it,” Shane Ronayne said.

“Elaine Harte has her experience with Cork and she is an excellent goalkeeping coach as well. Tony Smith has vast experience at a high level. He knows a lot of the underage players coming through and he has been involved with the under-16s for the last couple of years. And, Tomás Mac a tSaoir is a former Kerry goalkeeper. He was on the bench in 2011 when they got to the All-Ireland final. He has been training UCC with me for the last number of years - he is a very good coach and very good on the line.

“So, I was cognisant of the fact that I wanted to have a very strong back room team with me, to be able to delegate to them and not to try to do it all myself,” Ronayne said as he went through each element of his management team.

“I am delighted with it,” Ronayne added.

“They all have their strengths, we compliment each other very well, they are ready to challenge me and I am ready to challenge them. We have a very good working relationship. I feel that they have been a great support to me so far. They have got great ideas and everybody is working very well together.”