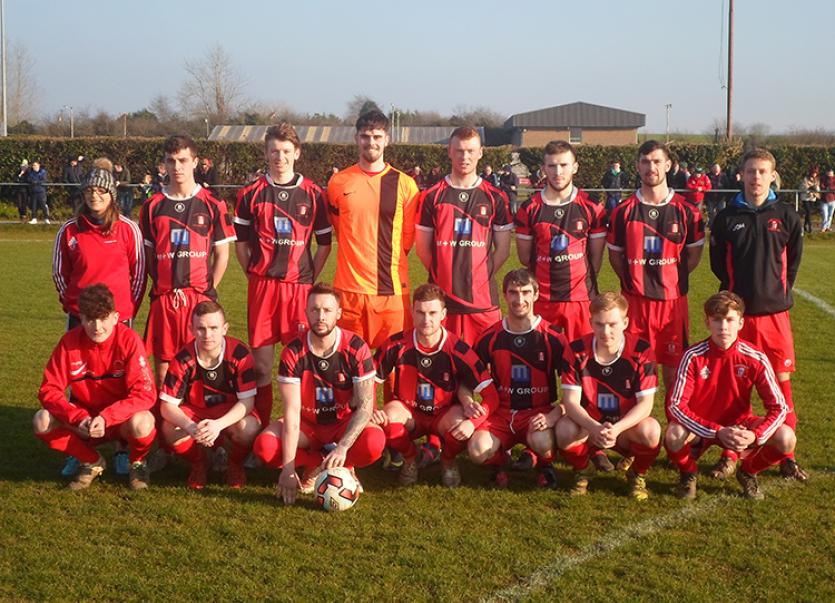 The Peake Villa team which lost to St Michael's on Sunday.

James O’Sullivan’s Peake Villa have been drawn at home against Crumlin United in the last sixteen of the FAI Junior Cup - that clash is scheduled to take place on the week-ending Sunday, February 5th.

In the sixth round of the prestigious competition Peake Villa saw off Cherry Orchard (2-1) thanks to two Pippy Carroll goals while their Thurles Town counterparts lost 1-4 away to Crumlin United.

Peake Villa are the only Tipperary league side to progress to the seventh round of this year’s competition. And, the Thurles side will be delighted to be drawn at home against the Leinster Senior League team with a place in the quarter-finals up for grabs.

Now just three wins separate Peake Villa from competing in the final of the FAI Junior Cup which is, of course, scheduled to take place in the Aviva Stadium, Dublin on Saturday, May 13th (7pm).