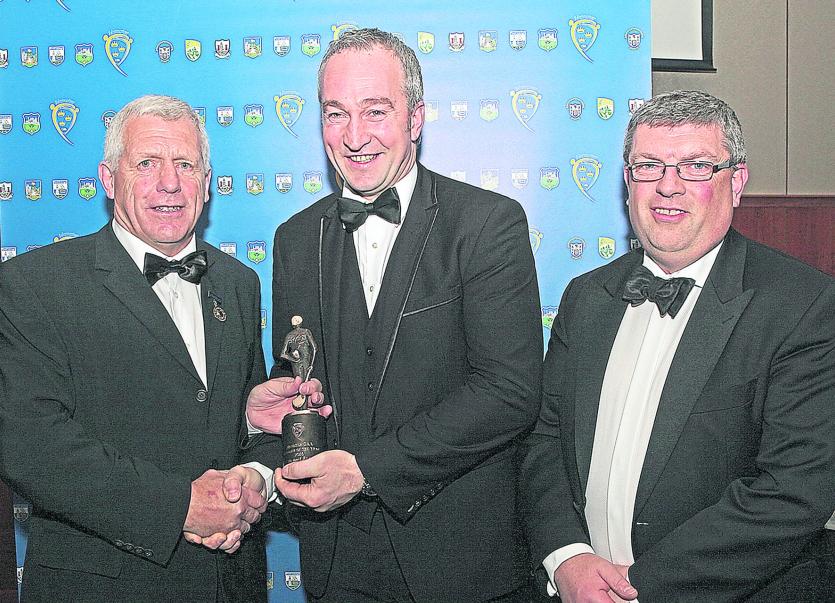 The Tipperary County Board have clarified their position on the proposed Munster under-25 hurling championship. It has been reported in the national media that the Tipperary executive were prepared to back the initiative, but, according to chairman Michael Bourke, the County Board has yet to discuss the matter.

Following a question posed by Shannon Rovers delegate Liam Hogan at the County Board meeting on Tuesday, January 24th in the Sarsfields Centre, Thurles chairman Michael Bourke revealed that “Tipperary did not vote in favour or against the competition because it has not even been discussed”.

It is important to clarify that the executive committee have not decided whether they intend to support the competition or not. Tipperary ultimately may support the proposed under-25 championship, but not before discussing the matter fully.

In recent weeks Munster GAA chairman Jerry O’Sullivan (Cork) revealed that the province intended to inaugurate an under-25 hurling championship in time for summer 2017 while the Munster Council were also looking at developing a similar football competition.

At Tuesday's County Board meeting Liam Hogan (Shannon Rovers) asked the executive, led by chairman Michael Bourke, to state their position on the competition while Tom Maher (secretary of the Competitions Control Committee) revealed that he would “certainly would have reservations about it”. Meanwhile central council member Seán Nugent used more robust language when he described the proposed under-25 hurling championship as a “ridiculous idea”.

“We need that competition like we need a hole in the head,” Seán Nugent (Kilsheelan-Kilcash) said.

John Costigan (JK Bracken's) explained that the Munster Council wanted “curtain raisers” for Munster championship games while the proposed competition would also present the respective counties with an opportunity to give competitive games to players who were not named in the senior match day 26.

At the September meeting of the Tipperary County Board delegates agreed to withdraw from the 2017 inter-county intermediate hurling championship.

As recently as 2012-13 Fethard’s Michael Ryan managed Tipperary to back-to-back All-Ireland titles - in all the Premier have won seven All-Ireland titles at the grade; in 1963, 1966, 1971, 1972 and 2000 Tipp took ultimate honours while the side coached by Michael Ferncombe (Holycross-Ballycahill) beat Kilkenny in successive finals in 2012 and 2013.

In recent years Tipperary have been permitted to include players from senior clubs on the inter-county intermediate team, but, as revealed at the September County Board meeting by chairman Michael Bourke, a change to the regulations now restricted the county to only use players from intermediate and junior clubs. Mr Bourke indicated that the competition had “lost its flair” and that the “money would be better spent elsewhere”.

“The reality of it is that we can’t play our second string team and there is no desire there amongst the players to play at the grade,” County Board chairman Michael Bourke said in September.

From the floor delegate John Costigan proposed that “Tipperary do not field an intermediate team in 2017”. Mr Costigan said the competition “had its day” and “does not have any further function”.

The motion was seconded by former County Board chairman Seán Nugent and passed. Kilsheelan-Kilcash’s Seán Nugent said: “The difficulty is the huge number of senior teams that we have which militates against our situation. We would not be competitive, far from it”.

At the January County Board meeting John Doyle (Holycross-Ballycahill) and John Morrissey (Galtee Rovers) were elected as the two club representatives on the county management committee - only two nominations were received.

The new position of 'fixtures analyst' has been created on the County Board - the fixtures analyst will monitor the progress of the respective competitions. John Costigan (JK Bracken's) was proposed, seconded and appointed to the aforementioned role.

Mr Costigan revealed that he was “delighted to accept” the role and said that he wanted to “take this opportunity to sincerely thank the clubs of Tipperary for their support, loyalty and friendship”.

County Board chairman Michael Bourke revealed at Tuesday's County Board meeting that Eamon Buckley (Drom & Inch) has been added as a selector to William Maher's (Ballingarry) under-21 hurling management team.

Eamon Buckley is a decorated player with Drom & Inch and has coached a number of teams at Thurles CBS. Indeed, Buckley was a member of the management team which guided the fortunes of Thurles CBS during this season's Dr Harty Cup campaign.

At Tuesday night's County Board meeting a number of appeals were made to the executive committee based on decisions made by the Competitions Control Committee (CCC) with regard to gradings.

Clubs like Ballyporeen, Knockavilla Kickhams and Loughmore-Castleiney all made impassioned pleas to have their clubs regraded from under-21A hurling to under-21B. County Board chairman Michael Bourke indicated that the appeals would be looked at by the CCC and that the subsequent decision made would be final.

CCC chairman John Devane (Boherlahan-Dualla) made a series of general comments on the matter. Mr Devane revealed that “a lot of thought” went into the gradings and that “long and argumentative meetings” had taken place before indicating that there are “always going to be issues” with specific regard to team gradings.

In an effort to place the issue in context Mr Devane explained that grades were populated with “really strong A teams, really weak B teams and in between teams are getting squeezed”.

“We do hear what you are saying and we do know the struggles that are there,” John Devane said.

Competitions Control Committee (CCC) chairman John Devane revealed at the January meeting of the County Board that Tipperary are “on the back foot already” with regard to club fixtures. Mr Devane was responding to a question regarding a potential starting date for the Tipperary Water County Senior Hurling Championship.

Although the week-ending Sunday, April 9th had been mooted as a potential date on which to play the opening round of group games Mr Devane revealed that the only “definite date” for games was the week-ending Sunday, April 30th. The fixtures schedule will be dependent on how the Tipperary senior hurling and football teams progress in their respective national league campaigns.

John Devane also highlighted the fact that Tipperary have been drawn in the quarter-finals of the six Munster championships. The progress of the teams involved in the those respective competitions will, of course, impact on the dates available to play club games. Indeed, Mr Devane described the issue as a “frightening prospect”.

The CCC will have a full club fixtures plan ready for the February meeting of the County Board.

Development Officer PJ Maher (Boherlahan-Dualla) reported to the January meeting of the County Board that the club health and safety audits were in “full swing”. The fee agreed with the Europlan Group to complete the compulsory audit is €325 (including VAT) per club and Mr Maher appealed to all clubs to do their utmost to facilitate Europlan.

Mr Maher also referred to the strategic review survey which the County Board is currently engaged in - the County Board wish to canvass the opinions of club officers, players and members of the public before piecing together a new strategic plan for the county (2017-20).

County Board chairman Michael Bourke said that “the amount of work that has gone into preparing this survey is phenomenal”.

“It serves no purpose if the people in the respective clubs don’t put their thoughts into it,” Michael Bourke added before asking “all clubs to make a contribution”.

PJ Maher also revealed that there was a “fantastic turn out” at the two club officer training seminars hosted by the Abbey Court Hotel in Nenagh in recent weeks - 17 North Tipperary clubs were represented at the seminars.

The next club officer training seminar will take place in Ballykisteen on Wednesday, February 22nd (7.30-10.30pm) with officers welcome from all clubs (the seminar is not restricted to the West Tipperary division).

Shannon Rovers delegate Liam Hogan said that he wished to “commend the people” who put the officer training seminar together.