Eoin Kelly links up with Sarsfields 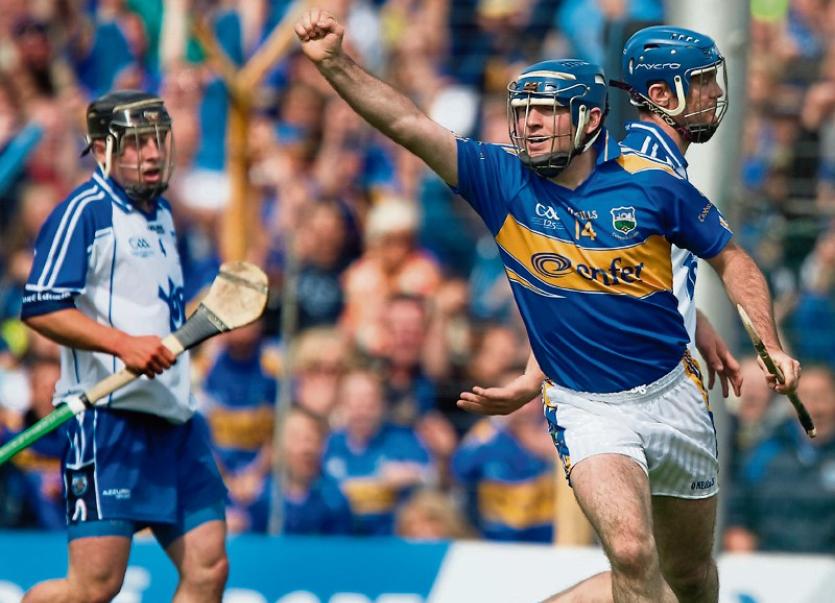 One of the big stories to emerge from last weekend was the announcement that Johnny Enright and Eoin Kelly have joined the Thurles Sarsfields’ management team…. writes Westside

Former player Enright would hardly be seen as a surprise inclusion, even if he does live in Kildare, but Eoin Kelly’s first foray into team management certainly grabbed attention.

For Sarsfields it must rate as something of a coup to lure such a high-profile name on board. As a player Kelly was revered for his on-field exploits. Off the field, however, he is also regarded as a leader of men, a hurling thinker   with a keen ability to read the game and inspire others.

What this appointment means for Mullinahone and Eoin Kelly’s involvement as a player seems unclear. Last year he got them over the line against Killenaule in the South Final with a typical piece of brazenness at the end. However his season ended badly in the county quarter-final against Clonoulty when a cruciate injury left many people wondering if we’d seen the last of a truly great player.

A few weeks back I speculated on Sarsfields’ need for something new, something akin to the arrival of Ger Cunningham back in 2005. It will be interesting to see if Kelly supplies that very spark to a club that’s really hurting since that late collapse against Ballyea in the Munster club series.

This is an excerpt from this week’s Westside column. Read the full column in The Nationalist – on sale now!