Will LWLWWWLDWDWLLD spell promotion for the Tipperary football team? 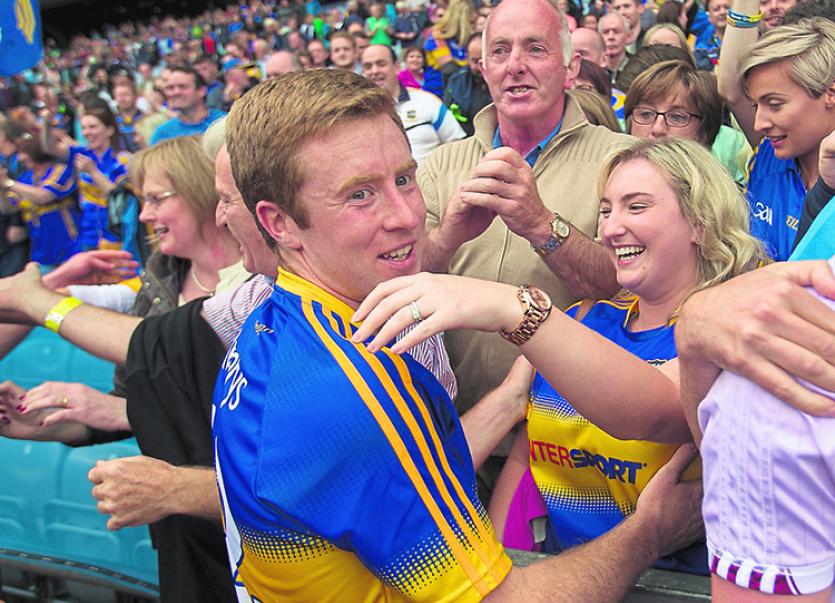 Will LWLWWWLDWDWLLD spell promotion for Tipperary during their up-coming Allianz National Football League division three campaign? That's the sequence of results recorded by the Premier County's football team during the 2015 and 2016 series of games: six wins, five draws and three defeats. Indeed, with Tipperary's schedule featuring four home games supporters of the blue and gold dearly hope that Liam Kearns can guide his side into a promotion spot.

Given the progress made by the side in 2016 there is no getting away from the fact that supporters will be hoping to see their side promoted to division two, if possible. Liam Kearns is concerned by a raft of injuries and will also point to the fact that his side performed poorly in the McGrath Cup, but like the inhabitants of an occupied town Tipperary have to adjust to a new way of life - this group of players have earned their reputation as a side of real note. And, now they have to back it up. Consistency is an unromantic virtue, but it makes the difference, especially in league football.

Tipperary famously won the 2009 division three league final with a one-point victory over Down (0-18 to 1-14), but found themselves relegated from division two in 2010. Since then the Premier has bounced between division three and four - in 2011 Tipperary just avoided relegation to division four when finishing sixth before making the drop in 2012. Tipperary finished third in division four in 2013, but pieced together an excellent campaign a year later which saw Peter Creedon's men top the table and beat Clare in the final league at Croke Park, Dublin. In 2015 Tipperary finished third in division three (a cruel defeat suffered at the hands of Armagh cost Tipp dearly) and although Liam Kearns' side finished sixth in 2016 Tipp were actually just a point off second place.

During the past six league seasons (2011-16) Tipperary have contested 42 regular season games and one league final at Croke Park, Dublin (2014 versus Clare). In all Tipperary have won 20 games, drawn five and lost 18.

This term Tipperary have four home games (versus Antrim, Sligo, Longford & Louth) and three away (versus Laois, Offaly & Armagh). And, while Tipperary have always been a solid bet at home winning games on the road makes the difference in the promotion stakes. During the past six seasons, for instance, Tipperary have contested 21 away games and won just seven (against Offaly, Clare, Limerick, Carlow, London, Leitrim & Louth). So, you would argue that should Tipperary harbour ambitions of making the jump to division two then a solid series of performances in Semple Stadium, Thurles and a win on the road should turn the trick.

Antrim won promotion from division four in 2016. The sides last faced one another in 2014 when Antrim made the trip to Thurles and lost on a 2-17 to 3-20 scoreline. There was just three points between them (2-12 to 1-12) in the 47th minute of that encounter, but Tipperary finished strongly with Barry Grogan (2-7) and Conor Sweeney (1-7) catching the eye. A shocking attendance of just 217 turned up Semple Stadium for that contest - surely supporters of the blue and gold can do better this time? Watch out here for an enthusiastic Antrim team who are eager to make their mark on division three.

Tipperary will host Sligo on Sunday, February 12th in Thurles in what promises to be an excellent contest. The sides met in 2012, 2015 and 2016 earning a win apiece while last year's contest in Markievicz Park finished in a draw (Sligo 0-18 Tipperary 3-9). Alan Moloney, Peter Acheson and Michael Quinlivan slotted goals in that one and although Tipperary trailed by four with a minute to play in that contest the resolve shown by Liam Kearns' men to salvage a point was a fair indication of what this fast-improving Tipp team had to offer.

You have to stretch your mind back to 2010 to locate the last league contest between Laois and Tipperary - seven years ago Laois won with two points to spare in Portlaoise (1-13 to 1-11). Tipp struggled badly in the opening half of that game and trailed 0-2 to 1-9 at the interval. A Philip Austin goal, however, dragged Tipp back into contention and two Conor Sweeney points tied it with nine to play before efforts from Brendan Quigley and Donal Miller saved Laois. There will, of course, be added spice to the contest against Tipp in Portlaoise on Saturday, February 25th under lights. Laois are promotion contenders and are also managed by former Tipperary boss Peter Creedon who is joined on his management team by former Premier selector Tommy Toomey and coach Michael McGeehin (Donegal).

Longford will make the trip to Semple Stadium on Sunday, March 5th - the side managed by Denis Connerton might well be a dark horse for a promotion bid. Longford beat Tipperary during the 2016 league campaign (1-17 to 1-11), but it was the championship form of Connerton's side which caught the eye last year. Longford beat Down and Monaghan in the All-Ireland qualifiers before frightening the life out of Cork. The word is that Denis Connerton intends to mount a promotion bid - you have been warned.

Tipperary have encountered Offaly in four of the last six league seasons and do so again when Liam Kearns and company make the trip to O'Connor Park in Tullamore on Sunday, March 19th. Tipperary lost to Offaly in 2013 (1-8 to 2-10 in Tullamore), but strode toward a five-point win (2-11 to 0-12) in 2016 at Seán Treacy Park, Tipperary. Michael Quinlivan and Martin Dunne notched the goals which helped Tipperary into a 2-8 to 0-5 interval lead on that occasion.

Louth collected the division four league title in 2016 and are sure to fancy their trip to Semple Stadium, Thurles on Sunday, March 26th. The sides last met in 2015 when Tipperary won a cracking game 4-16 to 3-11 in Drogheda. A goal from George Hannigan after just thirty seconds set the tone of an enthralling game before another from Conor Sweeney propelled Tipperary into a2-6 to 0-8 interval advantage. Louth actually took the lead thanks to a 1-2 blast during the opening minutes of the second half, but Tipperary responded in emphatic style with goals from Philip Austin and Liam Casey sealing an eight-point win. If the game in Thurles this year is anywhere near as entertaining it will be worth attending.

Armagh are favourites to make an immediate return to division two - Kieran McGeeney's side were relegated in 2016, but endured a difficult campaign without star forward Jamie Clarke. The Crossmaglen man, however, is back and will surely feature against Tipp in Armagh on Sunday, April 2nd. It goes without saying that this could represent a key game for Tipperary. The sides last encountered one another in 2015 when Armagh won (2-8 to 0-13) and the result cost Tipperary promotion from the division. And, that contest featured plenty of drama. Referee David Coldrick came in for some pointed criticism from Peter Creedon - the Tipperary manager was irked by the decision to award the home side a penalty and to later show Robbie Kiely a red card. Armagh led that one 1-4 to 0-4 at the break, but thanks to a five-point surge Tipperary forced themselves into a 0-13 to 2-5 advantage. The home side rallied to win thanks in no small part to the generous amount of injury time played. 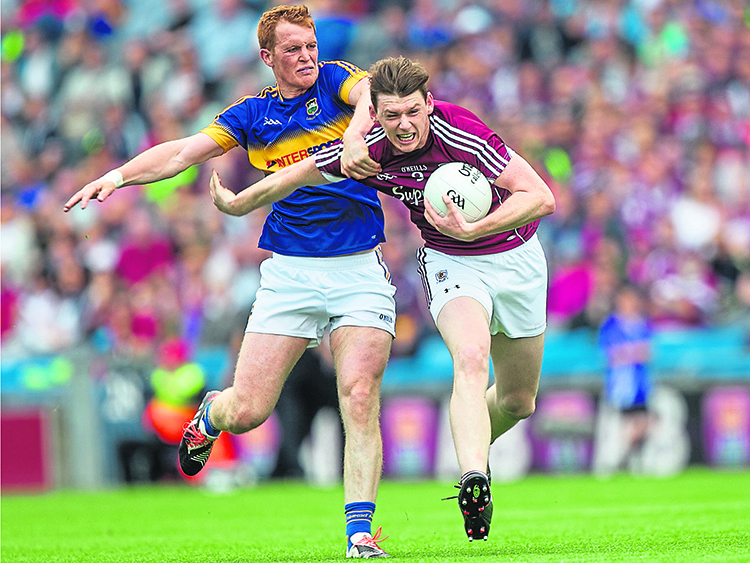