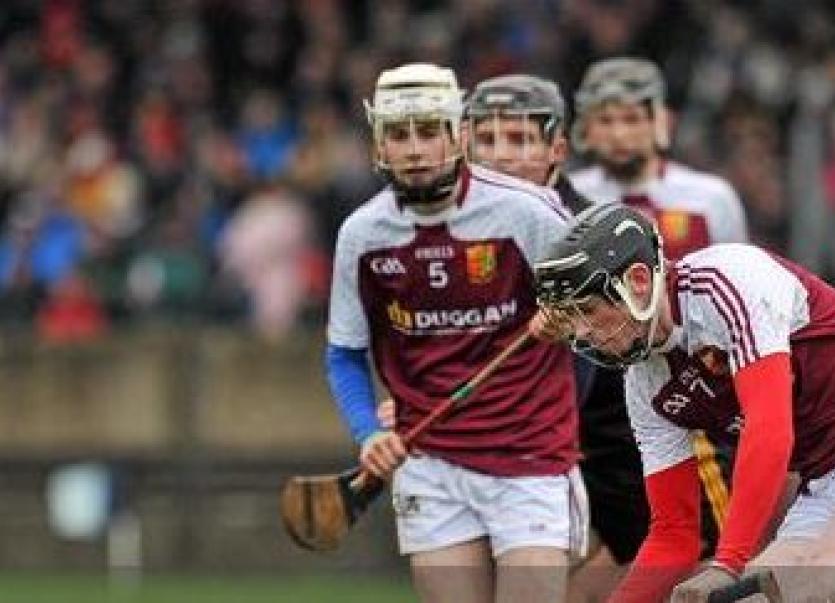 Action from the Dr Harty semi-final

Our Lady's Manager Tom Byrne says his team will have to improve again on semi-final performance if they are to capture the Dr Harty Cup.

Our Lady's Templemore had five points to spare over rivals Nenagh CBS in the Dr Harty Cup, Munster Colleges Senior Hurling semi-final at Toomevara this afternoon, when a fine contest was played out.

The all-important score - a 17th minute goal from corner forward Andrew Ormonde - was the difference between the sides for most of the contest, and Our Lady's were more or less in the driving seat from then on.

They led by 1-7 to 0-8 at the break, but Nenagh CBS had played wind assisted and really needed to be in a better position at this juncture. Instead, Our Lady's with Paddy Cadell, Stevie Nolan and Ormonde in flying form were calling the shots.

And, by the end of the third quarter, they had extended their lead to five with Brian McGrath, Niall Quinlan and Jerry Kelly scores creating the margin.

Nenagh CBS were gritty though and points from Jerome Cahill, Mark Daniels and a brace from sub Ruairi Maher kept them in touch, eventhough they needed to find a goal to stake a real claim on victory. It wasn't to come though and Lyndon Fairbrother and Jerry Kelly points secured the victory which was well deserved.

"We worked hard in what was a very tough game - as we expected - but the lads know that they will have to improve for the final," said Our Lady's Manager Tom Byrne after the game. And, the added that there would be no problem in keeping the hype to a minimum over the next few weeks. "That'll be no problem. All we have to do is remember what happened last year," he said.