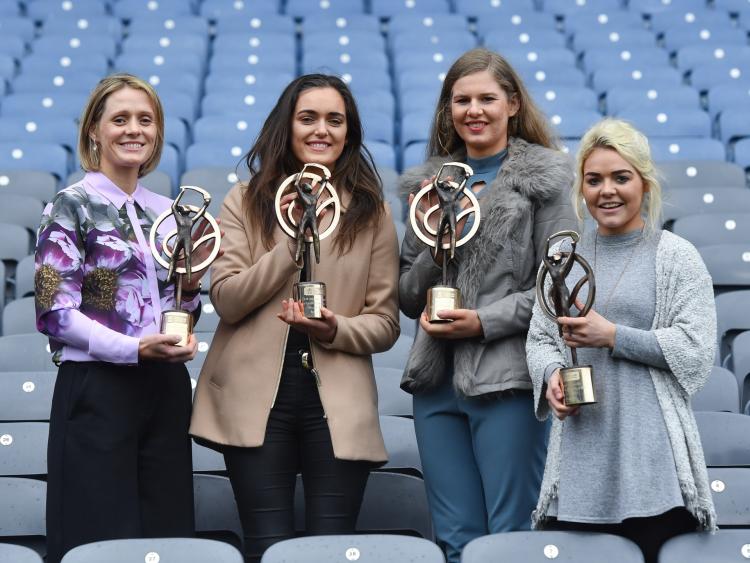 Eimear McDonnell was honoured on Monday in Croke Park, Dublin for her performances in the colours of Burgess-Duharra during the 2016 provincial campaign. A total of eleven Camogie, football and hurling stars received accolades at the annual AIB provincial club player awards ceremony.

AIB, proud sponsor of both the GAA and Camogie club championships invited the players, their friends, family, GAA and Camogie representatives to celebrate their achievements at a lunch which was hosted by GAA broadcasting legend Des Cahill.

The awards were voted for by members of the national and regional sports media - the winning players were selected based on their overall performance throughout the 2016 provincial club season.

Eimear McDonnell scooped the AIB Munster Camogie Club Player of the Year award thanks to her performances for the Tipperary side in 2016. McDonnell is a vital cog in the Burgess-Duharra machine and well deserving of the award.

Commenting at ceremony Eimear McDonnell said: “winning the Tipp title and beating Borris-Ileigh in a replayed final to win it was probably the highlight of the year for me. We had lost the Munster semi to Milford in extra-time last year and they went on to win the All-Ireland. That kind of drove us on. So, winning the Munster title was also huge for us. It’s always nice to get an individual award, but I feel like I am accepting the AIB Munster Camogie Club Player of the Year award on behalf of the whole Burgess-Duharra team, all the players, mentors and committee, all the people who work for the good of the players and the club. Winning this award is like a thank you to all of them!”

Commenting on the defeat suffered by Burgess-Duharra at the hands of Slaughtneil in Sunday's All-Ireland Camogie club semi-final Eimear McDonnell said: “it’s disappointing to lose out in the All-Ireland semi-final, but I felt Slaughtneil fully deserved it on the day. They started much better - we were chasing it from the start and I don’t think we played to our potential. The huge crowd who went to Monaghan to support us in the semi-final gave me goose pimples. That’s what club is all about and when you do well, as we did this year, you feel like you’re repaying all the good faith and time those people give you”.

Denis O’Callaghan, AIB Head of Retail Banking, said: “AIB are delighted to honour some of the country’s greatest club Camogie, football and hurling stars at our annual club player awards. There have already been many historic moments in this year’s AIB Club Championship and I think everyone is looking forward to all the up and coming semi-finals and of course the finals in Croke Park in March. I would like to take this opportunity to thank the national and regional sports media for taking the time to cast their votes and for their continued support for the AIB GAA club championships.”