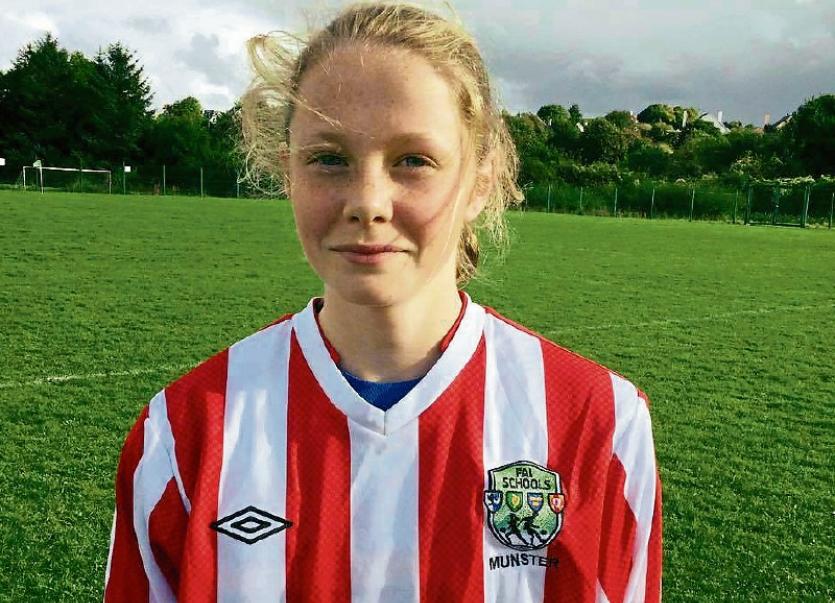 The girls will be hoping for a large crowd to cheer them on to what would be a historic victory for the club and for schoolgirls soccer in the county.

The Cashel girls have been together now for almost four years, and have been moulded into a formidable squad under the coaching skills of Alan Hobbert, Marie Gayson and Con Hayes, with the girls having already dispatched teams from Tipperary, Limerick and Galway to get to this point.

The team is lead from the back by captain Aoibhe Gayson, and the engine room is manned by Munster Schoolgirl sensation, the mercurial Emer McCarthy and the ever industrious Fiona Tuohy. And up front the line is led by a deadly duo of speed and skill in Allessia Mazzola and Katelyn Downey. But along with these girls, there is talent and consistency right throughout the starting eleven and on the line should the bench be required.

The girls are heading their local league table and have a good sprinkling of county players who have already had Gaynor Cup experience and will again at the end of the current season. That said, they will have to be wary of the Dublin girls, who ply their trade in the capital’s Metropolitan League, arguably the strongest schoolgirls soccer league in the country. But that won’t overawe the Cashel girls and the club is quietly confident that they will continue to the semi or even final of this prestigious competition by the end of the year.

First though, they will be hoping that a large crowd come out to Palmershill next Sunday and cheer them on as they attempt to do something that has eluded Cashel Town teams in the past and qualify for the last four of a national competition.

So get to the ‘Hill and get behind a great bunch of girls, Sunday next, at 2pm!