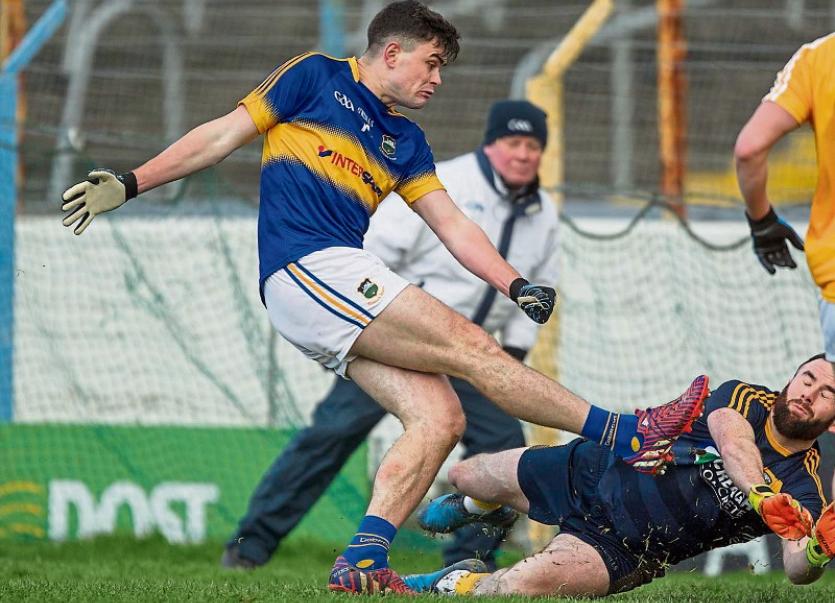 All Star Michael Quinlivan blasts to the net for a Tipperary goal against Antrim.

Tipperary have hit the ground running in Division 3 of the Allianz National Football League by beating Antrim in their opening game at Semple Stadium this afternoon.

This was Tipp's first competitive game since last  year's All-Ireland Championship semi-final. And while they struggled in the first half against a lively Antrim team they eventually made the transition from a warm summer's day in Croke Park last August to a cold afternoon in front of a few hundred spectators in Thurles a successful one.

Tipp looked off the pace in the opening 35 minutes but despite dominating the first half Antrim still only held a two-points advantage at the midway stage, 0-7 to 0-5.

Portroe's Kevin O'Halloran was introduced at the break in place of Liam McGrath and there was much more urgency about Tipp in the second half. 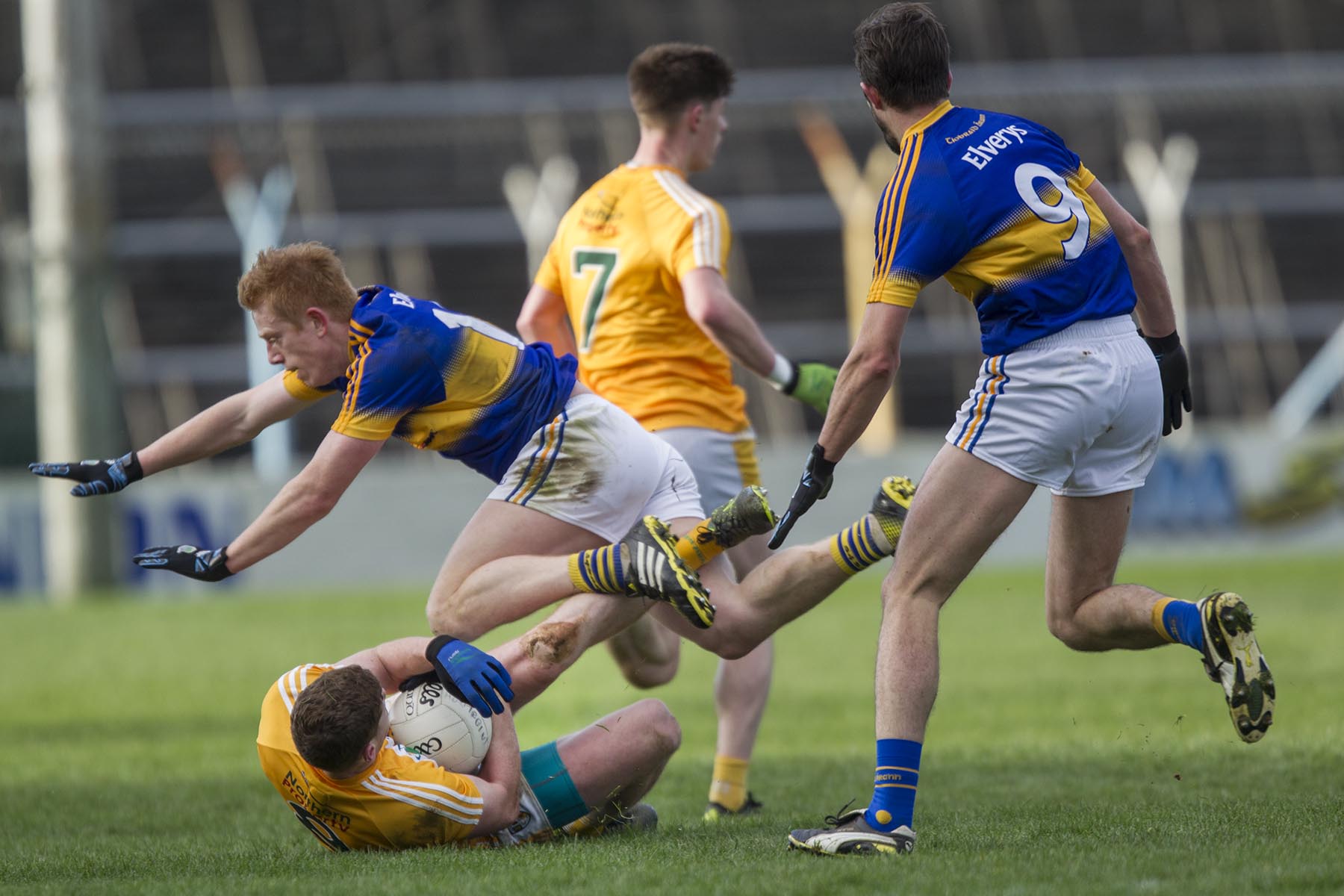 They reaped the rewards of adopting a faster and more direct style. A Conor Sweeney free had them back on level terms by the 39th minute and another Sweeney free three minutes later put them ahead for the first time, 0-8 to 0-7.

Antrim however were still in with a shout and scores from Paddy McAteer and CJ McGouty restored their two-points lead.

Tipp responded well to the challenge. Michael Quinlivan, who had earlier struck a post, pounced for their first goal in the 56th minute when Conor Sweeney collected Alan Moloney's long delivery and supplied the Clonmel Commercials player with a pass in front of goal.

They made the game safe with their second goal six minutes from the end of normal time. This time another lofted ball from Alan Moloney was again broken by Conor Sweeney and Philip Austin supplied the finish.

Tipp - who lost captain Brian Fox and debutant Willie Connors to black cards in additional time - will be hoping to build on this good start when they host Sligo at Semple Stadium next Sunday. 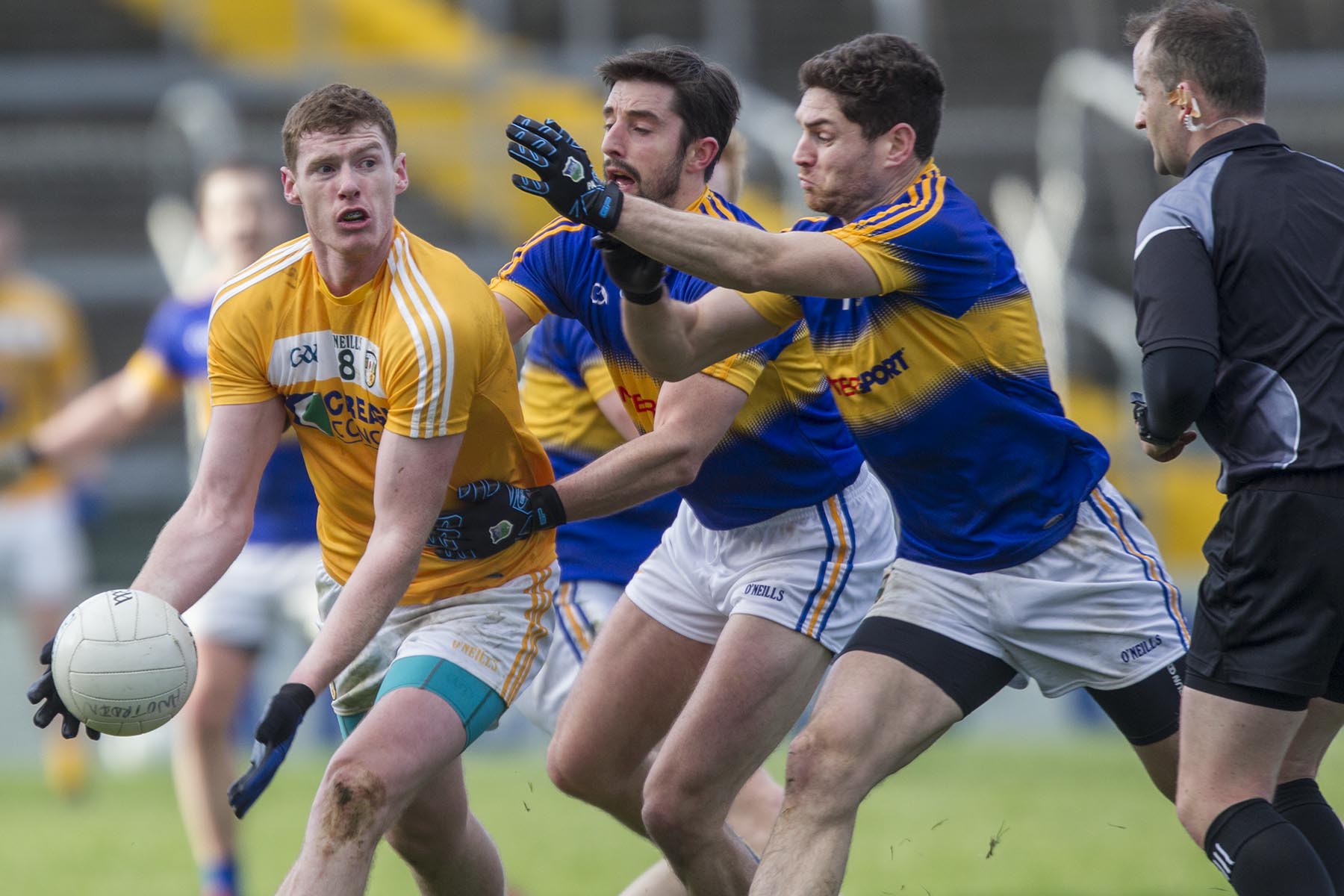