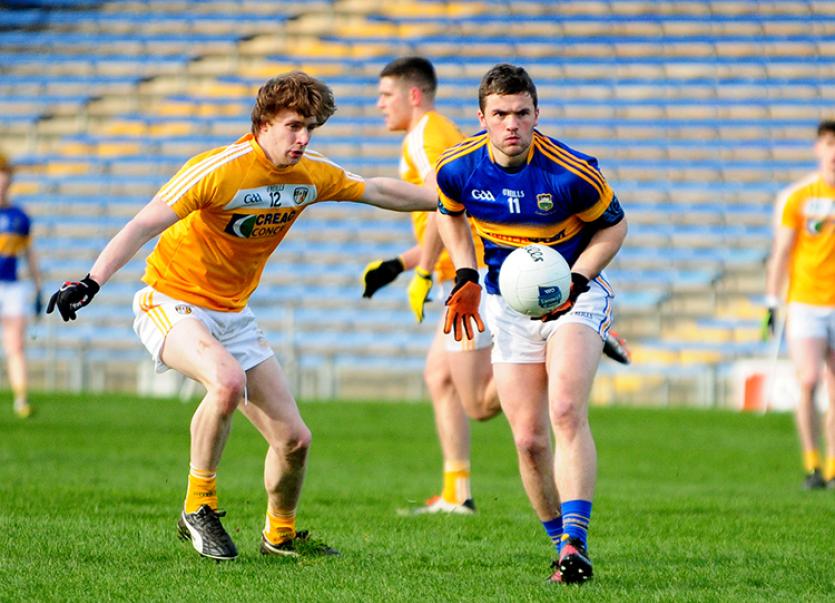 In a hectic weekend of Tipperary sport Liam Kearns’ men hit the ground running in the division three of the Allianz National Football League when recording a 2-12 to 0-13 win over Antrim at Semple Stadium, Thurles.

Antrim led 0-7 to 0-5 at the break, but Tipperary were back on terms as early as the 39th minute before Conor Sweeney helped the home side into a 0-8 to 0-7 lead. Michael Quinlivan struck for Tipperary’s first goal in the 56th minute before the Premier County sealed the win thanks to a Philip Austin finish.

Shane Ronayne’s ladies football team maintained their impressive start to division three of the Lidl Ladies Football League when Tipperary recorded a 0-21 to 1-10 victory over Roscommon in Johnstown.

Mathew McKevitt struck twice for a resilient Peake Villa team on Sunday as James O’Sullivan’s enterprising side recovered a single-goal deficit twice before forcing themselves into the last eight of the FAI Junior Cup thanks to a dramatic winner in extra-time at the Tower Grounds. Don't miss our report, reaction and a video of Mathew McKevitt's winning goal which can be found here.

Carrick United, who play in the Waterford League, are also through to the last eight of the prestigious competition thanks to their 3-1 win against Regional United in Limerick.

Next weekend all three Tipperary teams in division one of the Munster Junior League are away from home - Kilfeacle & District face Cobh Pirates, Clanwilliam visit Old Christians and Clonmel are away to St Senan’s. Meanwhile in division two Thurles RFC face Waterford City in Waterford.