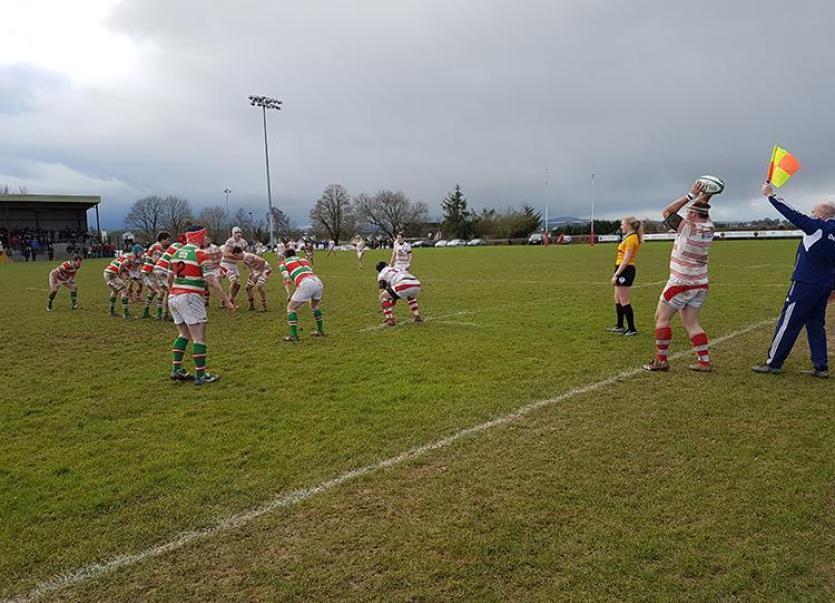 Nenagh Ormond - joint-top of division 2A in the Ulster Bank League - face a brace of crucial away trips which are sure to test their league title credentials; on Friday, February 10th Nenagh Ormond are away to Galway Corinthians RFC (8pm) while eight days later the North Tipperary outfit face Banbridge in Down’s Rifle Park.

Right now Highfield, Nenagh Ormond and Malone are locked on 36 points apiece at the summit of the division while Queen’s University (33 points) and Banbridge (32) are also within striking distance with just seven games to play.

Nenagh Ormond recently clung on for a narrow victory over Sunday’s Well at New Ormond Park (10-7). And, that contest represented a searing test of the Nenagh tram - Sunday’s Well threw everything at them and appeared to have the home side in trouble, but Ormond, in a display of raw grit, stuck at it and walked away with four precious points despite playing 20 minutes of the second half with 14 men. Indeed, this gut check could stand to Nenagh Ormond during the coming weeks.

Conversely Cashel RFC find themselves second from bottom in the division, but enjoy a wonderful opportunity during the next fortnight to propel themselves up the table - on Saturday, February 11th Cashel RFC host Banbridge (2.30pm) and are also at home a week later against Belfast Harlequins. Win both of those games and Cashel RFC will go a long way to assuaging relegation fears.

With the Ulster Bank League then taking a break until Saturday, March 4th making a move now may well pay a big dividend for both Tipperary clubs.

The focus of rugby supporters, of course, will be on Nenagh Ormond who are a solid candidate to earn promotion from division 2A.

The team is captained by 23-year-old second row Kevin O’Flaherty while featuring New Zealander Clayton Stewart at out-half, Conor Muldoon at hooker and an excellent partnership in midfield with William O’Connor and Derek Corcoran who in terrific form this season. And, the Nenagh Ormond back row, of course, features Lemeki Viapulu.

The town of Nenagh is immensely proud of this team’s exploits. Hopefully, this group of players can now maintain their form and their place in the promotion picture. Watch this space.