Will winning NHL title number twenty be a priority for Tipperary? 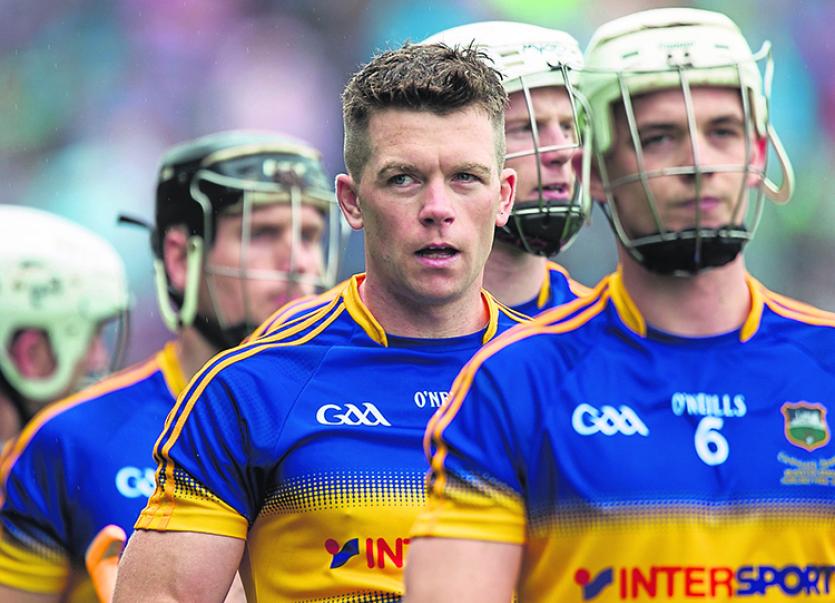 Will winning a 20th National Hurling League title be a priority for the Michael Ryan’s Tipperary senior hurling team? The defending All-Ireland champions are certainly capable of making a huge impression on the competition, but whether the squad intends to push themselves to the limit in the league is another matter entirely.

Irrespective of the fact that Tipperary have only won the league title once during the past ten years (2007-16) the Premier County have performed well during that period with 39 wins (eight draws, 23 defeats in 70 games). Indeed, Tipp's record is second only to Kilkenny (49 wins, three draws, 19 defeats). Galway are the third best-performing county during that period with 33 wins, Cork fourth with 29, Waterford fifth with 22, Dublin sixth with 24 wins and Clare seventh with just 15 wins in the top division.

The priority for Tipperary during the league campaign must surely be to develop the playing resources of the panel in preparation for a Munster Senior Hurling Championship quarter-final against Cork in Semple Stadium, Thurles on May 21st.

Those dates may or may not fit in with the strength and conditioning programme developed by Gary Ryan and Ciarán Keogh in conjunction with the senior management team which is, of course, led by Michael Ryan.

Tipperary will launch their campaign on Saturday, February 11th against Dublin in Croke Park (5pm). Since 2007 Tipperary have won five of the nine league encounters between the sides, but have not beaten Ger Cunningham’s side in Dublin - Tipp have drawn once and lost on three occasions away to the Dubs during the past ten years. During the 2016 campaign Tipperary won easily (1-23 to 0-12) at Semple Stadium, Thurles, but you can expect a sterner test and a noisy crowd on Saturday next in a contest which precedes the Allianz National Football League clash between Dublin and Tyrone. Does anyone, for instance, need reminding that the last time Tipperary paid a visit to Croke Park to play Dublin they were handed an 12-point defeat? In February 2015 Dublin beat the 2014 All-Ireland finalists 2-20 to 0-14. In all Tipperary have played Dublin 28 times in the league winning 20 times, drawing once and losing nine times.

MEETINGS WITH DUBLIN SINCE 2007

On Sunday, February 19th Tipperary are scheduled to play Waterford in Walsh Park. The Déise have beaten Tipperary by a point in their last two league meetings (1-18 to 1-17 in 2016 and 1-19 to 2-15 in 2015) and with Derek McGrath’s side smarting from a walloping suffered at the hands of Michael Ryan’s men in the 2016 Munster final this could prove to be a tasty affair. Indeed, only a point has separated the sides in the last four league meetings between Tipperary and Waterford with Tipp only prevailing in one of those contests. During the past ten seasons the sides have encountered one another ten times with Tipperary recording five wins, one draw and four defeats. In all Tipperary have clashed with the Déise 40 times in the National Hurling League winning 32 times, drawing on three occasions and losing nine times.

On Sunday, March 5th Tipperary will host Clare in Semple Stadium, Thurles. Tipperary lost a 2016 quarter-final (0-18 to 2-13) to Clare in Cusack Park, Ennis while the sides have met seven times in the league during the past ten years. Tipperary have won four, drawn one and lost two of those encounters. During the past ten years Clare have played just 40 games in the top division so the Banner will be eager to maintain their league status and test themselves against the All-Ireland champions.

A large crowd is sure to turn out in Semple Stadium, Thurles on Saturday, March 11th (7pm) when Tipperary host Kilkenny. And, the approach of both sides to this contest should be of interest. Kilkenny won the 2016 meeting (2-17 to 0-18) at Nowlan Park, Kilkenny and have also beaten Tipp in eight of the 13 contests between the sides since 2007 - three of those meetings have, of course, been in league finals (Kilkenny beat Tipperary in the 2009, 2013 and 2014 deciders). On Kilkenny’s most recent visit to Semple Stadium in 2015 Tipperary posted a reasonably rare 12-point league win over Brian Cody’s men (2-22 to 1-13). It is also interesting to note that Kilkenny and Tipperary have met on 62 occasions in the National Hurling League with the respective sides recording 31 wins apiece while the rivalry has also featured six draws.

Tipperary make the trip to Páirc Uí Rinn, Cork to take on the Rebels on Sunday, March 26th. The sides have met nine times during the past ten years with Tipperary winning four of those meetings, drawing two and losing three. Tipperary beat Cork during last year’s Munster championship while the Premier County have also beaten the Rebels in their last three league meetings. Last year at Semple Stadium Tipperary won with 12 points to spare (2-27 to 2-15), by a point in 2015 (4-21 to 2-28) and by three in 2014 (3-25 to 4-19). The last three league contests have been played in a reasonably open manner with the sides sharing 17 goals (Tipperary notched nine). Cork and Tipperary have met 54 times in the league with Tipperary recording 26 wins and the Rebels dominating the series on 29 victories.