Class and technical ability were the key to girls' win 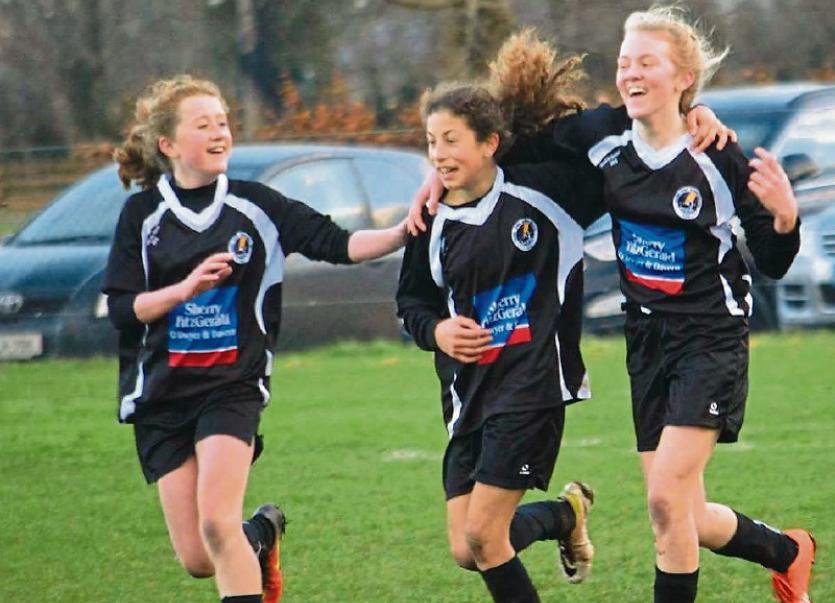 Cashel Town Schoolgirls played their first ever competitive game in March 2012, and in the past five years have had some great days, but it’s not unfair to say, that Sunday afternoon probably topped them all so far.

The club's under 14s reached the semi-final of the FAI u14 Women’s Cup, beating Dublin Metropolitan League side, Kilnamanagh AFC by four goals to one.

When the draw was made, a few weeks ago, there was a little trepidation as the Dublin Met league is one of the strongest in the country and always produces excellent soccer teams. However the Cashel girls showed maturity, class and a level of technical ability and understanding, to make this result look almost routine.

Right from the start of the game the home side went on the attack and quickly realised that the front two of Allessia Mazzola and Katelyn Downey could cause problems for the Dublin girls with their pace. At the other end of the field, the home center half pairing of Aoibhe Gayson Molloy and Lucie Gilmartin looked to have the better of the pacy Dublin forward line.

After a couple of half chances Cashel finally opened the scoring when Ellie Butler won a ball outside the area, and threaded it through the Kilnamanagh defence, where Allessia Mazzola made no mistake against a keeper who had done well to keep Cashel out up to then.

Minutes later things got even better when again Allessia jinked past a number of defenders and drove the ball low across goal to see a despairing Kilnamanagh leg guide the ball past the keeper and double the Cashel lead.

The huge home crowd was in raucous voice at this stage as the Cashel girls were in complete control and just before the break they extended the lead to three. The goal came from a corner kick where Emer McCarthy set up Mazzola, who was fouled in the area to see a penalty awarded. Allessia stepped up herself and sent the Cashel girls in to the break in fantastic form, and three goals to the good.

The second half started with the visitors throwing the kitchen sink at the game and putting the home defence under all kinds of pressure. But this was expected and the full backs Leah Kavanagh and Anna Fahie came into their own helping Gayson Molloy and Gilmartin. Special mention for the Cashel keeper Cora O'Shea, who has been rock solid all year in goal and was again in this game, giving huge confidence to the girls in front of her.

Despite the pressure that the Dublin girls were exterting, Cashel had the best chance to increase their lead when another outstanding performance by Fiona Tuohy was almost capped with a goal, only for the fantastic save made by the Dublin keeper. That said, both Fiona and Lily Fahie on the opposite wing had huge games attacking and tracking back in defence, in the Cashel cause.

The one thing that could have caused problems came 20 minutes from the end when Cora had to come out of goal after sustaining an injury, bravely saving at the feet of a striker. But into the breach went Lucie Gilmartin in a very brave gesture to get between the posts in such an important game. Lucie need not have worried though as Ellie Butler dropped back into defence and Ellie, Leah, Aoibhe and Anna made sure that Lucie was protected from then until the end of the game.

The final goal of the game went to Cashel's star midfielder Emer McCarthy. Again a corner kick routine which the girls have been working on was was applied, and Emer and Allessia managed to outfox the defence to set Emer up and she curled a beautiful goal into the top corner of the net. After that, it was a case of running down the clock, aided by the strong bench of Katie Sherlock, Abbie Fitzpatrick Ryan, Ella O'Dwyer, Grace Moloney and Evelyn Gayson Molloy.

There were a couple of scares at the end when the Dublin girls managed to pull a goal back and miss a penalty, but the result was never in doubt, and Cashel Town Schoolgirls now go on to the semi-finals of a National Cup.

It will take a very good team to stop them going all the way!