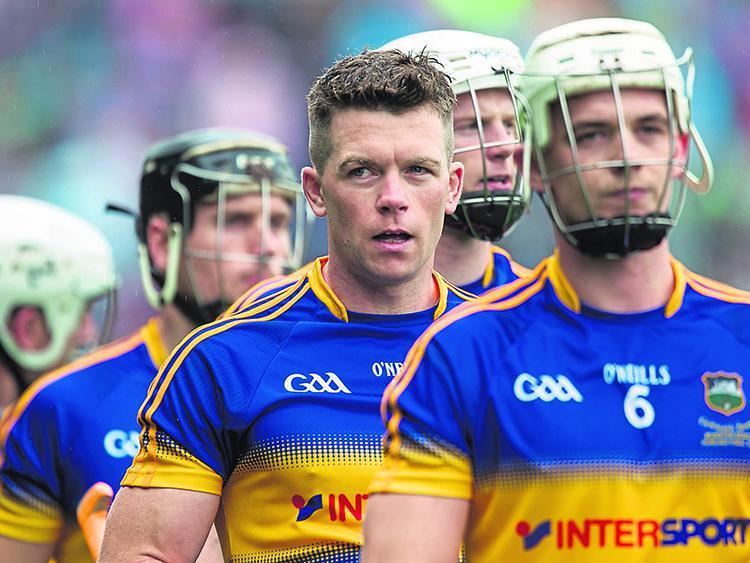 No easy games in division 1A of the Allianz National Hurling League? Step this way, inspector. The All-Ireland champions digested an early hic-cup before cruising to a sixteen-point win over a more than disappointing Dublin side at Croke Park on Saturday night.

When Ger Cunningham unveiled a team featuring three players who had played minor for Dublin in 2016 everyone knew what was going to happen before it happened. The Dubs were full of endeavour, but the home side were dominated by an assorted collection of boys who had been asked to perform the work of men.

Tipperary’s attitude to the contest was absolutely spot on and once Michael Ryan’s men settled to their task they put Dublin away at their ease. Despite leading by three early on Dublin notched just three points in the ensuring fifty-one minutes and found themselves trailing 0-7 to 1-22 before a late goal from Eamon Dillon put some semblance of respect on a performance which often bordered on the pathetic.

Typically, it is not a compliment to a hurling team when your full-back is being asked to perform heroics. And, that was the job of work placed in front of Eoghan O’Donnell. The Dublin number three was absolutely brilliant and, but for his excellence, Ger Cunningham’s side could have found themselves begging for the final whistle on humanitarian grounds. Time and time and time again Tipperary pinged a series of sweet deliveries in the direction of Séamus Callanan, but O’Donnell rescued his side with an exhibition of catching, blocking and honest-to-goodness tackling.

Meanwhile, from a Tipperary point of view, the composed performance of Darragh Mooney in goal caught the eye and Donagh Maher was solid at corner-back while Tomás Hamill and Pádraic Maher were commanding at half-back. Noel McGrath and Jason Forde sparkled in the half-forward line and Steven O’Brien played a vital ball-winning role. Pádraic Maher collected the man of the match award, but, surely, Aidan McCormack deserved the nod on this occasion. The Tipperary captain was outstanding, but McCormack’s 0-5 from play and his application appeared more worthy of the accolade. McCormack is known as a finisher on the club scene, but on Saturday night the Thurles man unfurled himself into a hard-working corner-forward.

Tipperary started reasonably poorly and trailed by three (0-1 to 0-4) as early as the tenth minute, but blue and gold supporters were encouraged by an early Séamus Callanan goal chance - only two Eoghan O’Donnell blocks and a save from ‘keeper Gary Maguire denied the Drom & Inch man a three-pointer.

Dublin went about their business enthusiastically, but once Tipperary settled the Dubs struggled to cope. Indeed, the All-Ireland champions won the remainder of the half 0-10 to 0-2 despite playing into the teeth of a stiff breeze and driving rain.

Niall McMorrow, Oisín O’Rorke, Fiontán McGib and Dónal Burke (free) were responsible for Dublin’s early scores while Jason Forde landed a right-handed effort in the fifth minute to tie the game before the home side streaked three clear.

Donagh Maher coughed up a turnover in the 15th minute, but Cian O’Sullivan fluffed the resultant goal chance before Tipperary hit five without reply to take a 0-6 to 0-4 lead by the 28th minute. Steven O’Brien set up Aidan McCormack for two and Séamus Callanan converted three frees during this dominant period. Callanan’s converted placed ball in the 25th minute from the sideline was especially impressive.

Niall McMorrow was rewarded for gambling on a puck-out break in the 29th minute to notch the home side’s first point in nineteen before Aidan McCormack re-cycled beautifully to Pádraic Maher and the Tipperary captain converted off his left. Jason Forde added another before McCormack was fouled for another free (0-9 to 0-5).

Chris Crummey’s long-range point offered Dublin a little respite, but Tipperary closed out the half with points from Séamus Callanan (free) and Aidan McCormack - Tipp led 0-11 to 0-6 at the break.

Séamus Callanan and Dónal Burke traded frees during the opening minutes of the second half before Noel McGrath recycled to Tomás Hamill and the right wing-back drilled over a smashing point in the 39th minute.

Aidan McCormack won a terrific turnover soon after and set up Noel McGrath for a fine point. Tipperary had changed up a gear (or four) and Dublin were left completely out of their depth. Callanan (two frees), Kieran Bergin, Jason Forde, Seán Curran and Niall O’Meara all added to the All-Ireland champions’ tally. This procession of scores also featured a grab, turn and shot of real quality from Aidan McCormack in the 53rd minute and, perhaps, the moment of the game in the 54th when Pádraic Maher snapped a sensational ball and landed a monster off his right. The goal simply had to come and it finally materialized in the 55th when Jason Forde intercepted a sloppy Dublin stick pass and drilled home a right-handed shot. Tipperary led 1-22 to 0-7 by the 58th minute.

The degree of comfort enjoyed by Tipperary was probably best illustrated by the fact that Pádraic Maher, Ronan Maher and Séamus Callanan were withdrawn before this contest entered the final ten minutes.

In the 70th minute Shane Bennett was sent off for a second bookable offence following a reasonably wild pull on the misfortunate Jason Forde. John O’Dwyer smacked over the resultant free and Aidan McCormack, fittingly, enjoyed the final say in the matter with a fifth nifty strike in the fourth minute of injury time.