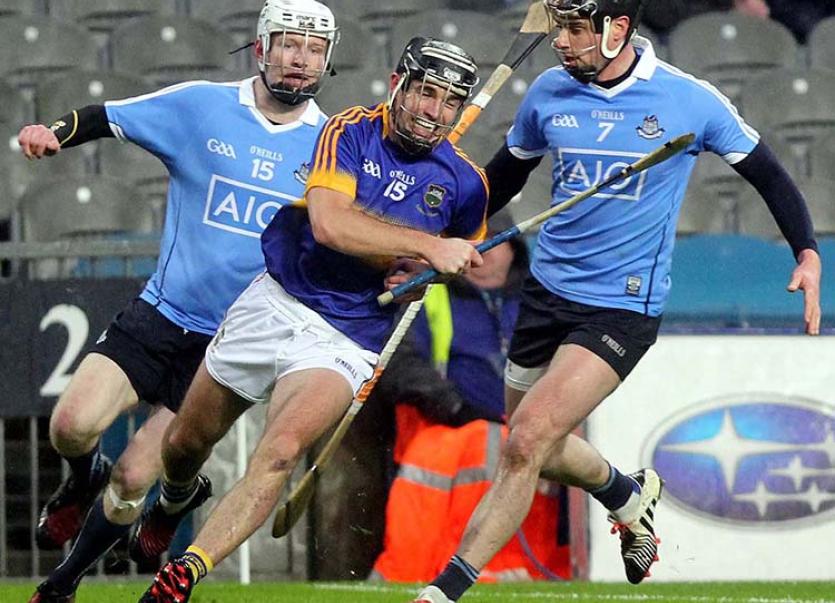 The challenge presented by Waterford will be different - serious. A 28,305-strong crowd paid in to watch Tipperary dispatch Dublin with sixteen points to spare at Croke Park on Saturday evening, but now the All-Ireland champions turn their attention to a trip to Walsh Park, Waterford on Sunday, February 19th (2pm). Tipp had it all their own way on opening day, but the welcome in Waterford, you suspect, will not be a warm one.

“We’re going down to play a top-class team in their own back yard,” Tipperary manager Michael Ryan told the assembled press corps on Saturday night following his side’s Allianz National Hurling League Division 1A win over Dublin (1-24 to 1-8).

“That will be a real contest - we will be stretched to the nth degree to get something out of it. They are the challenges that the guys love and when we regroup on Tuesday we will immediately focus on Waterford. God only knows what that game will serve up, but the teams that are very well matched and (there is) nothing between us when we meet.”

The Déise have beaten Tipperary by a point in their last two league meetings (1-18 to 1-17 in 2016 and 1-19 to 2-15 in 2015) and with Derek McGrath’s side smarting from a walloping suffered at the hands of Michael Ryan’s men in the 2016 Munster final next Sunday’s clash could prove to be a tasty affair. Indeed, only a point has separated the sides in the last four league meetings between the sides with Tipp prevailing in just one of those contests.

During the past ten seasons the sides have encountered one another ten times in the league with Tipperary recording five wins, one draw and four defeats. In all Tipperary have clashed with the Déise 40 times in the National Hurling League winning 32 times, drawing on three occasions and losing nine times.

You can read our full report from Saturday night's game here.

IN A GOOD PLACE

Tipperary, however, can face into the challenge posed with confidence - the playing group appear to be in a good place. On Saturday the collective attitude of the players warmed the heart on a freezing cold night at Croke Park. Not one Tipperary player settled for mediocrity. And, Aidan McCormack probably best illustrated the culture of the squad - McCormack is noted as a finisher on the club scene in Tipperary, but the Thurles Sarsfields star worked hard, made an absolute nuisance of himself and notched five points from play.

In difficult conditions at Croke Park Tipperary finished the contest with a 73% shooting success rate and while such accuracy is impressive the fact that the All-Ireland champions won the turnover-in-the-tackle battle (40-33) despite dominating possession was even more so - while Dublin supporters may be preparing to sharpen an axe blade with Ger Cunningham’s name on it Michael Ryan has his players right where he wants them. Indeed, it was striking to watch the number of times half-backs Pádraic Maher and Tomás Hamill made lung-bursting runs up the field in order to support their half-forwards and offer an option for recycled ball. Both Maher and Hamill landed points from the subsequent opportunities created, but it is the runs made without a scoring reward which make a significant difference to the collective effort. And, manager Michael Ryan agreed that Pádraic Maher did much to set the tone for Tipperary.

“Yeah, he does,” Michael Ryan said.

“In fairness to Paudie (Maher) he always sets a very good level for himself and the boys match that insofar as they can. I wouldn’t suggest it’s easy out there for any player, it is difficult, but yet they want it badly because it means so much.”

Inevitably a question regarding Tipperary’s quest to place All-Ireland titles back-to-back surfaced. And, Michael Ryan, as you would expect, dealt with it comfortably.

Do the Tipperary players want to win back-to-back All-Ireland titles?

“I certainly hope so because other than that we are wasting our time,” Michael Ryan said in response before touching on the reality of the situation and his side’s determination to remain task-focused.

“We have no history of kicking on after winning an All-Ireland. Row that back - we haven’t won a huge amount either. So, it’s a huge challenge. We have got to take the games as they come this year and the year has just kicked off. Only two of our panel of forty-one have National League medals (Darren Gleeson & Séamus Callanan). So, it’s a great target for us and we won’t look beyond it. It’s the only competition we're in right now and we’ll do the best we can in it. Every year we set out our target to get to the quarter-final. This is only day one of five.”

The Tipperary manager was very matter-of-fact in his analysis of the challenge posed by Dublin on Saturday.

“We were very slow to start and it was all Dublin,” Michael Ryan explained as he considered an opening ten minutes which saw Tipperary fall 0-1 to 0-4 behind.

“We settled down and we closed out the half okay - we had a good last 15 minutes in the first half. We got control of the game for the second half and it petered out a bit. We were anxious to use the bench and we did. We came for two points and that’s what we got - the campaign is rolling and the test will get more difficult.”

“You’re always learning about your own guys. You said it was about attitude and that comes through in the hard weather in early season. That’s the greatest thing you’re measuring at this time of the season, the application. Quality, you’re not going to see a lot of that, but plenty of attitude.”

Ballina’s Steven O’Brien played quite well on Saturday night as a ball winner at half-forward. The belief persists that there is a terrific player trapped inside O’Brien and that player will be unleashed with some coaxing. O’Brien has the athletic ability and size to make an opposition defence seem as vulnerable as skittles, but his hurling has some way to travel.

Meanwhile other fringe members of the panel like Aidan McCormack, Donagh Maher, John O’Keeffe and Jason Forde did their prospects little harm.

“These are good players who were on the panel with us last year and some of them longer than that - good guys who are chomping at the bit to get opportunities,” Michael Ryan explained.

“I am sure they would prefer it (the opportunity) at the height of summer, but this is where you start and those opportunities have to be taken. It was heartening to see Aidan (McCormack) getting five points - that was a good contribution. It was hard to get the ball to stick and it was a really good day for Aidan. Quite a few of the forwards were struggling. In fairness to the Dublin backs I thought they were very good and the number three (Eoghan O’Donnell) seemed to catch a lot of the ball that came in to him.”

Tipperary had already employed all five substitutes when Burgess’ Donagh Maher shipped a knock to the head on Saturday night - the Premier County concluded the game with fourteen men while another injury concern was that of John O’Keeffe who rolled an ankle.

Dublin manager Ger Cunningham told the assembled press corps on Saturday night following his side’s sixteen-point defeat that his squad had seven days to “turn it around” before facing Cork at Páirc Uí Rinn on February 18th.

“We have got seven days to turn it around - we’ve got to learn from it,” Ger Cunningham said.

“We don’t have too much time to dwell on it because we have got to twist this around and look forward to playing next week because, hopefully, I don’t think we can be this poor again.

“It’s very disappointing,” the Cork man added as he reflected on the Dublin display.

“We went out with high hopes of giving a good performance tonight. I’m disappointed with the way the performance panned out. We started reasonably well. We were in a good position after 15 minutes, four points to one up, but for some reason we kind of lost our way in the last 20 minutes of the first half.

“We missed a few chances, a few frees and a chance of a goal. When you are trying to build a new team you need to be able to take all of those chances and maybe that hit our confidence a small bit. Tipperary turned it around and went from four-one down to four ahead at half-time,” Ger Cunningham added.

“We made it difficult for ourselves having played with the wind advantage that was there. We needed to start better in the second half, get a couple of scores and take the game to them, but that didn’t happen and all over the pitch, especially in their defence, they were well on top and we struggled to get the ball. We struggled to keep the ball and struggled for scores.”