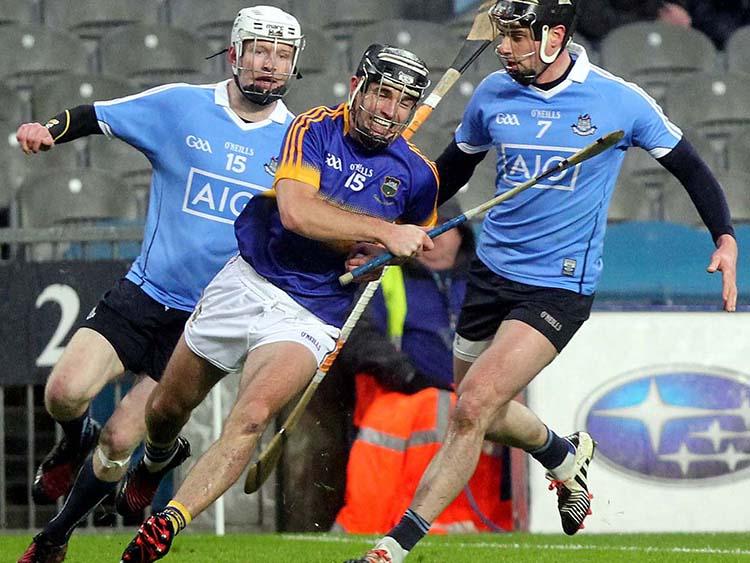 Michael Ryan’s Tipperary made a smart start to their Allianz National Hurling League Division 1A campaign on Saturday evening when recording a sixteen-point win over Dublin at Croke Park.

For a full report on this game please click here.

A 28,305-strong crowd paid in to watch Tipperary dispatch Dublin, but now the All-Ireland champions turn their attention to a trip to Walsh Park, Waterford on Sunday, February 19th (2pm). Tipp had it all their own way on opening day, but the welcome in Waterford, you suspect, will not be a warm one. For reaction from Saturday’s game in Croke Park please click here.

Meanwhile the Tipperary footballers suffered a disappointing 1-16 to 2-14 defeat at the hands of Sligo at Semple Stadium, Thurles on Sunday in division three of the Allianz National Football League. Tipp trailed 0-8 to 2-9 at the break and although Liam Kearns’ men saw Jimmy Feehan dismissed for a second bookable offence in the 46th minute the home side made a stand and almost rescued the situation thanks to a Michael Quinlivan goal in the 64th minute. The senior footballers will return to league action against Laois in Portlaoise on Saturday, February 25th.

Upperchurch-Drombane lost out to Cork side Whitechurch (1-11 to 0-17) in the Munster Junior B final in Raheenagh on Sunday. The Tipperary champions trailed 0-5 to 0-12 at the break.

There was more encouraging news on the Camogie front on Saturday when Ursuline Thurles booked their place in the All-Ireland Post Primary Schools Senior A Final thanks to a 4-5 to 0-8 semi-final win over Cross and Passion (Antrim). Unfortunately Borrisokane Community College lost their respective C grade semi-final against St Patrick’s, Keady.

Following their 34-18 win over Corinthians on Friday night in Galway Nenagh Ormond are joint-top of division 2A alongside Highfield in the Ulster Bank League. Nenagh’s tries came courtesy of Peter O’Leary, Conor Muldoon, Eoin Gardiner, Willie Coffey and Kevin Seymour. Nenagh led 19-13 at the break. Despite leading Banbridge 10-7 at the break in Spafield on Saturday Cashel RFC lost out to late penalty (10-13). This defeat sees Cashel RFC second from bottom in the division.

Nenagh AFC forced their way into the Munster Junior Cup quarter-finals thanks to a narrow win over an excellent Killarney Celtic team at Brickfields, Nenagh on Sunday afternoon. In a high quality game Nenagh AFC struck for the match-winning goal in the 34th minute when John Mitchell gathered a break following a James McGrath delivery and rifled home a left foot shot. For a report from this game and a video of John Mitchell’s winning goal please click here.

Nenagh AFC will be joined in the draw for the last eight by St Michael’s - the defending provincial champions won impressively when beating Hibernians FC 3-2 in their fifth round tie in Waterford. David Slattery and Joey Mulcahy both scored for the Saints before David Grincell struck for the winner six minutes from time.

Meanwhile Thurles Town will host Pike Rovers on the week-ending Sunday, February 19th in another fifth round clash.