'Battle of the Churches' goes against Tipp champs 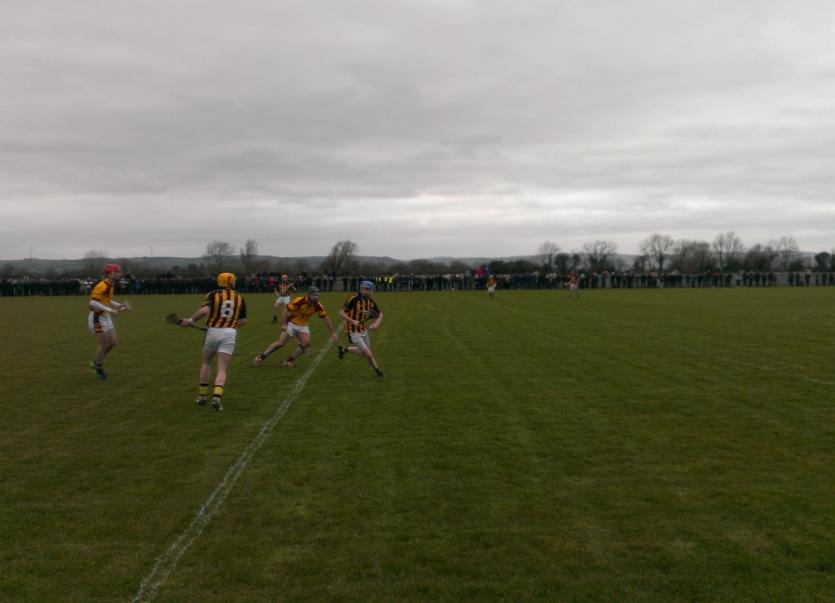 Tipperary junior B hurling champions Upperchurch Drombane came up just short in the Munster Club Final at Raheenagh this afternoon when they came a cropper against their Cork counterparts, Whitechurch in what was dubbed the Battle of the Churches.

On a bitterly cold afternoon with a very strong breeze blowing right down the centre of the field, the Tipp men were in a good position by the end of the first quarter, as the sides were locked on 0-3 each. But, five points without reply and an eventual seven point differential at the break , 0-12 to 0-5, put a slightly different complexion on things for the black and amber men from the hills.

They were eight down before staging a great comeback which was aided in no small way by a Michael Ryan goal in the 7th minute of the second half as they fought to get back on terms again - a feat achieved by the 12th minute. But, the Cork men showed their experience and despite hurling into the gale, they managed four of the last five scores of the game to emerge victorious.

It was heartbreak for Upperchurch Drombane but all is not lost yet and they can still go on to win the All-Ireland. They will certainly feel that they didn't perform to their best and that there is more in this team. And, they will point to indiscipline as having cost them - nine of seventeen scores for the Whitechurch men came from placed balls.