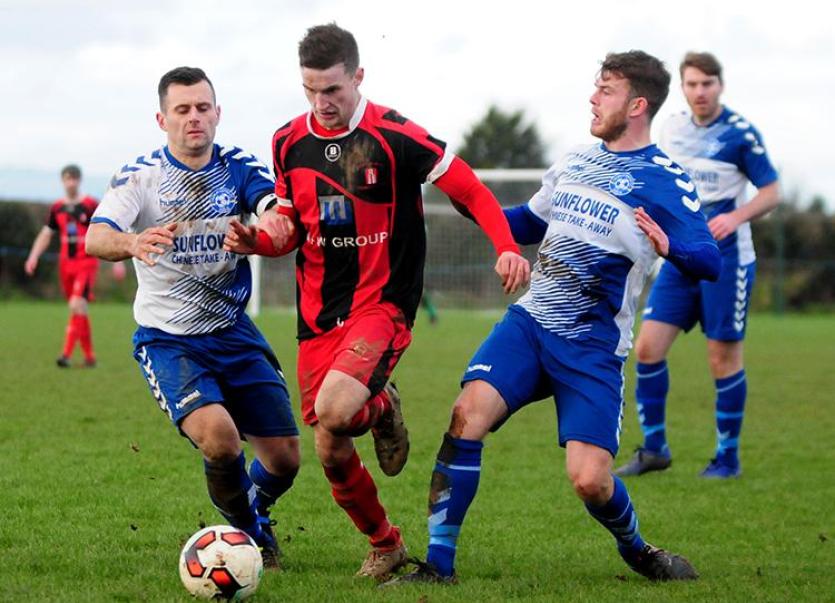 The draw for the quarter-finals of the FAI Junior Cup has pitted high-flying Peake Villa against the competition kingpins Sheriff YC - the Thurles side have been drawn at home to the Athletic Union League team while Carrick United, who play in the Waterford League, have also been drawn at home to Boyle Celtic from the Sligo-Leitrim League (the games are scheduled to take place on the week-ending March 12th).

Sheriff YC claimed their third FAI Junior Cup in five years in May 2016 at the Aviva Stadium when the Dublin side beat Limerick’s Pike Rovers 1-0 in the final. Sheriff YC lost the 2015 decider to Liffey Wanderers while Sheriff YC beat Kilbarrack United in the 2012 and 2013 finals.

The context of the challenge now faced by Peake Villa is probably best illustrated by Sheriff YC’s 2-1 win over Usher Celtic in the sixth round of this year’s competition - Usher Celtic knocked St Michael’s out of their year’s competition. St Michael’s are the defending Munster Junior Cup and Tipperary South & District League Premier Division champions. And, St Michael’s recently knocked Peake Villa out of the Munster Junior Cup when beating the Thurles side 5-1 at the Tower Grounds.

Peake Villa are, of course, no slouches in their own right and thanks to a resilient display beat Crumlin United 3-2 after extra time to force their way into the last eight of the competition while in the sixth round the Thurles side saw off Cherry Orchard (2-1) - Peake Villa were superb in that contest with their sophisticated team structure and slick approach play causing the renowned Dublin club problems right from the off.

Peake Villa are managed by James O’Sullivan and feature some terrific players - Stephen Ryan has been excellent in goal during the campaign with Mathew Fogarty, Alan Leahy, Seán Wade, Michael Wade and Dale Loughnane operating in defensive roles. Gary Lyons is a key influence at midfield alongside Keith Cahill and Maris Baltins while Pippy Carroll and Mathew McKevitt present the side with a keen cutting edge.

Peake Villa’s campaign has already featured an impressive 8-0 win over Cullen Lattin before the Thurles side beat Cork’s Knocknaheeny Celtic 4-1 away from home to qualify for the last 32. The Peake Villa campaign also featured a notable victory over North Tipperary & District League champions Nenagh Celtic in the third round.

Now just two wins separate Peake Villa from competing in the final of the FAI Junior Cup which is, of course, scheduled to take place in the Aviva Stadium, Dublin on Saturday, May 13th (7pm).

Peake Villa are the only Tipperary league side to progress to the quarter-finals of this year’s competition. But Tipperary teams do have form in the competition - Clonmel Town won the coveted FAI Junior Cup prize in 1994 and St Michael’s took the honours in 1974 and 2014.

In 2017 Peake Villa celebrate the club’s 50th anniversary (formed 1967). Hopefully James O’Sullivan’s lads can conjure a performance worthy of such a milestone against Sheriff YC.

The quarter-finals of the Munster Junior Cup are also scheduled to take place on the week-ending Sunday, March 12th. Thurles Town are scheduled to play Pike Rovers at the Greyhound Stadium on Sunday, February 19th (2pm) in the last sixteen and the winner of that clash will face Ballinroad in the last eight (away). Nenagh AFC, who beat Killarney Celtic 1-0 last Sunday, have been drawn at home to fellow Limerick District League side Fairview Rangers in the quarter-finals while St Michael’s have been drawn away to Dungarvan United. St Michael’s, of course, are fresh from another trip to Waterford; the Saints beat Hibernians 3-2 in a last sixteen tie on Sunday last.