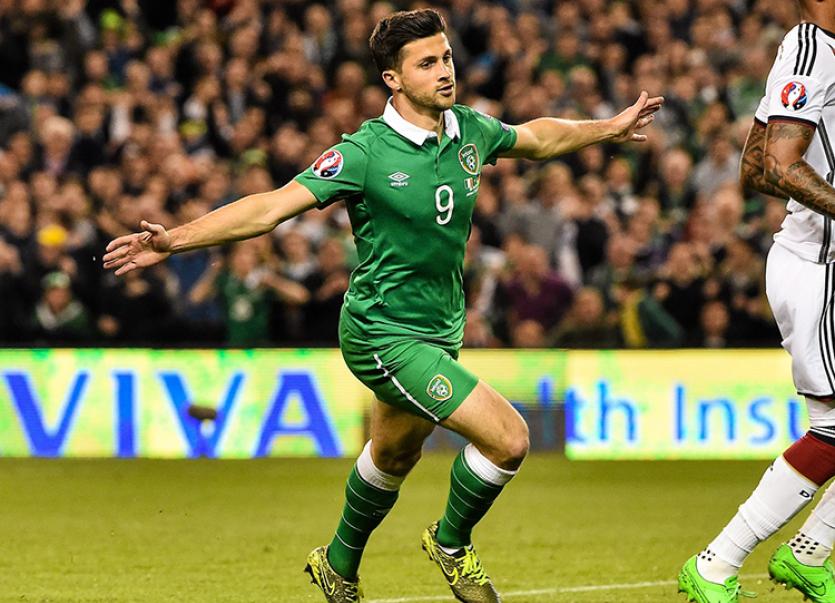 On Sunday, February 26th at Wembley Stadium in London Shane Long's Southampton FC team will take on José Mourinho's Manchester United in the EFL Cup final (4.30pm). Claude Puel's fast-improving team will be up against it, but with Shane Long about there is every chance that the underdogs can win the competition formerly known as the Football League Cup. So, in honour of Shane Long we have compiled a list of ten reasons why Tipperary people simply love the Gortnahoe-Glengoole man.

ONE - HE'S A MATCH WINNER

Shane Long is a match winner. Southampton would not be in the EFL Cup final, but for the impact of the Tipperary man. In the first leg of the semi-final the Saints beat Liverpool 1-0, but in the return leg at Anfield Jürgen Klopp's men were pushing hard for a winner which could have forced the contest into extra-time. That is until Southampton's Josh Sims led a break and set up Shane Long who belted home the winner. Ominously, Southampton last won a major trophy in 1976 when beating Manchester United in the FA Cup final. And, Southampton have reached the league cup final without conceding a goal while playing Premier League opposition in all five rounds. See below for a video of Shane Long's winner against Liverpool in the EFC Cup semi-final.

TWO - HE NEVER GIVES UP

Shane Long (a Leeds United fan) appears to like scoring key goals at Anfield - while playing in the colours of Reading Shane came off the bench and made a significant impact on a 2010 FA Cup third round replay. With his side trailing 0-1 Shane won a 93rd minute penalty which brought the game to extra time before scoring a header in the 100th minute to clinch the tie in front of the Kop following a cross from Brynjar Gunnarsson. See below for highlights from that 2010 FA Cup clash.

THREE - HE PLAYS WITH PRIDE FOR IRELAND

Long has always given the green Republic of Ireland jersey everything he has. Indeed, Shane scored one of the most iconic goals in Irish soccer history against Germany in October 2015 during a crucial Euro 2016 qualifier in Dublin. Shane earned his first senior cap in a 2-1 win away to San Marino on February 7th 2007 and when Long earned his second cap against Slovakia in March 2007 he became the first man to play both hurling and international football at Croke Park. Shane scored his first international goal in a friendly against Bolivia that May. See below for a video of Shane Long's spectacular goal against Germany in 2015 at the Aviva Stadium.

FOUR - HE SCORED A CRACKER AGAINST ENGLAND

Shane scored a great goal against England during an international friendly at Wembley Stadium, London in May 2013. Shane has scored 17 goals in all for Ireland, but his ninth was a sweet one. The game finished one-all, but not before Long gave the Republic of Ireland the lead when he beat England 'keeper Joe Hart with a stunning header following Séamus Coleman's neat delivery. For a video of Shane Long's brilliant goal against England see below.

FIVE - HE FANCIES HIMSELF AS A SINGER

Like most Tipperary people Shane Long fancies himself as a singer. Indeed, during an appearance on Sky Sports' 'Soccer AM' in 2012 to discuss the black country derby between Wolverhampton Wanderers and West Bromich Albion Shane was handed a guitar and had no hestitation in belting out his version of Bob Marley's 1974 classic “No woman no cry”. For a video of Shane Long's performance please see below.

SIX - HE LOVES HIS HURLING

Shane Long loves his hurling. Shane was an influential member of the Tipperary minor hurling team during both the 2003 and 2004 campaigns. In 2003 Tipperary won the Munster championship while they lost the provincial decider in 2004 and were beaten All-Ireland semi-finalists in both years. In both Munster finals against Cork Shane Long was outstanding scoring 2-1 in each game. Shane has been known to train with Gortnahoe-Gengoole on occasion and has stated his ambition to play hurling again once his professional soccer career comes to a close. And, Shane's hurling pedigree has stood to him during his Premier League career in England. Indeed, in this profile of the Tipperary man journalist Miguel Delaney argues that Shane's grounding in Gaelic games prepared him for the physical battle in the Premier League.

SEVEN - HE HAS WORKED INCREDIBLY HARD

When presented with an opportunity to build a professional career for himself Long worked incredibly hard to realise his potential. Shane started his career with Borris-St Kevin's in 1994 before joining St Michael's (2002). Pat Dolan signed him for Cork City in 2004 and Shane made the move cross-channel to Reading in 2005 - Long helped Reading to win promotion to the Premier League in 2006. In August 2011 Shane signed for West Bromwich Albion befoe joining Hull City (2014). In August of that year, however, Southampton came in for the Tipperary man. In October 2015 Stephen Hunt wrote a column for the Irish Independent on Long and made reference to a time when the Waterford man thought Shane would not make it as a professional footballer. Hunt soon realised, however, that Shane would never back down or ever give up. Throughout his career Shane Long has been defined by his positive attitude and aptitude for hard work. Indeed, following a terrific 2015-16 season at Southamption Shane signed a new four-year contract at the Premier League club.

In his first season with the Saints, Shane Long made 39 appearances and scored seven goals - the pick of those was a 35-yard strike against Aston Villa which dipped in under the cross bar and beat Donegal's Shay Given during a 6-1 win at St Mary’s. Such was the quality of the strike that Shane was presented with the 2015 Southampton goal of the season award. For a video of Shane's stunning strike please see below.

NINE - JAMIE CARRAGHER ONCE COMPARED HIM TO DENNIS BERGKAMP

In 2014 a Shane Long strike was also nominated for the West Brom goal of the season award. Once more Shane struck against Aston Villa. And, in his analysis on Sky Sports Jamie Carragher drew comparisons between Shane's goal and Dennis Bergkamp's wonder strike for Holland against Argentina during the 1998 World Cup. See below for a video of Shane Long's goal for West Brom against Aston Villa.

TEN - HE NEVER GETS IN BOTHER

Shane Long is a grounded and well-rounded young man - you never hear of the Gortnahoe-Glengoole man getting into any sort of trouble or letting the glamour associated with the life of a Premier League footballer going to his head. Shane is married to Kayleah and is the father to three children. You can only imagine how proud his mother Anne must be of her son. Sadly, Shane's father Eamonn died when Shane was just 16.

ALL THE VERY BEST SHANE

Next week Shane Long will endeavour to help Southampton FC to win the club's first major trophy in 41 years while also bidding to become the first Irish player to win a major English trophy since James McCarthy won the 2013 FA Cup with Wigan Athletic.

Plenty of Irish players have previously won the English league cup - Tommy Gaynor, who was born in Limerick, but who is living in Nenagh for a number of years, won the league cup with Brian Clough's Nottingham Forest in 1989 and 1990. And, everyone at the Tipperary Star wishes Shane Long well in his quest to bring another of those prestigious medals home to Tipperary.