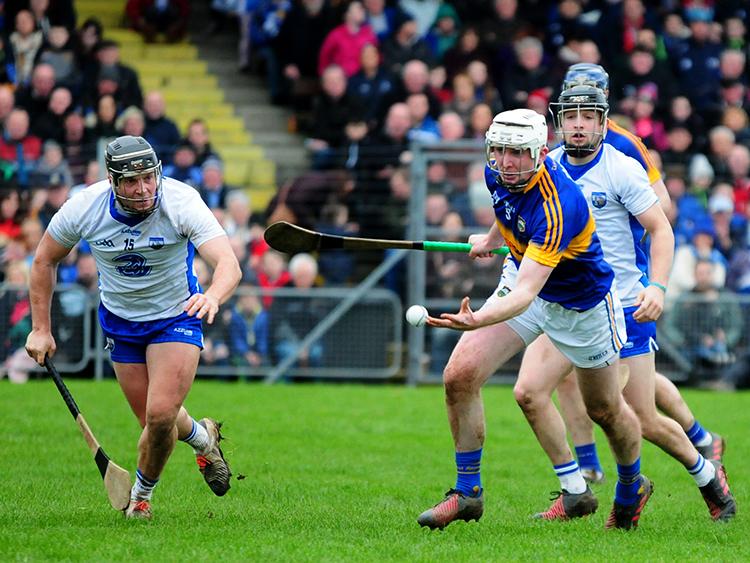 An assured performance from Tipperary on Sunday propelled Michael Ryan’s men to the summit of division 1A in the Allianz National Hurling League. On a soft field, which was decorated with inordinately long grass, Tipperary were as sophisticated as grouting; the All-Ireland champions were earthy and real. Tipp won the physical battle and then found their inside forwards to devastating effect during an impressive display.

In 2016 Tipperary won the turnover battle in every competitive game that the side played and the All-Ireland champions have maintained that trend in 2017 thus far. After twenty minutes at Walsh Park, Waterford on Sunday Tipperary trailed the turnover count by three, but, ultimately, won it by two. And, this is not insignificant. Winning such a category against a side which prides itself on dominating the contact area of the game is a serious compliment to the Tipperary panel of players.

Séamus Kennedy was terrific and proved a worthy winner of the man of the match award. The Clonmel man featured in an excellent half-back line alongside Pádraic Maher and Tomás Hamill while Brendan Maher had a real edge to his play at midfield - the Borris-Ileigh star was exceptional.

Donagh Maher battled gamely at corner-back, the deliveries and game management of Darragh Mooney caught the eye while up front John McGrath, Jason Forde, John O’Dwyer and Niall O’Meara had their moments.

The ground covered, however, by wing-forwards Dan McCormack and Steven O’Brien deserves particular mention. Both players won breaks inside their own 45-yard line during the opening half and such industry helped no end to dig the foundation for this win. The lung-bursting work that McCormack and O’Brien got through was something to behold. Indeed, Tipperary’s aptitude for hard work suggests that Michael Ryan may really be onto something with this group of players. And, the fact that full-back James Barry threw himself head-long at Stephen Bennett’s late effort suggests that the current panel mean business.

Tipperary started well with two John McGrath frees cancelling out efforts from Tom Devine and Pauric Mahony (free) before two members of the Tipperary full-back line contested the one dropping ball in the eighth minute and Shane Bennett gathered a break with the goal at his mercy. Tomás Hamill recovered just in time from centre-back to foul the Waterford forward and shipped a yellow card for his trouble. Pauric Mahony slotted the resultant free and the home side led for the first time (0-2 to 0-3).

John McGrath swung over a smashing right-handed effort in the tenth minute to tie the game, but Pauric Mahony landed a huge free from his own 45-yard line in the 13th minute to edge the Déise one clear. In response James Barry found Niall O’Meara with a searching back-to-front delivery and the Kilruane man scored a lovely point (0-4 apiece). Considering the breeze that Barry was playing into the delivery in question (especially its pin-point trajectory) was something to behold.

Before we had time to note the score Waterford responded through Michael Kearney who benefitted from Ian O’Regan’s smart re-start (0-4 to 0-5). Just as smartly Pádraic Maher set up Brendan Maher for an equaliser before Waterford enjoyed the only goal-scoring opportunity of the opening half when Shane Bennett pulled on break. Bennett’s rasper, however, flew harmlessly across the face of goal and wide.

With thirty minutes played Waterford led 0-9 to 0-8. Tipperary were hurling reasonably well into the slight breeze, but their determination to win this encounter was probably best illustrated in the 28th minute when Aidan McCormack, who was outstanding last week against Dublin, was replaced by John O’Dwyer. McCormack was struggling a little on Noel Connors and Michael Ryan was not shy about making the change. Indeed, Tipperary made a determined burst prior to the break and out-scored the home side 0-3 to 0-1 to grab a narrow interval lead (0-11 to 0-10).

Points from John McGrath and John O’Dwyer (free) forced the All-Ireland champions into the lead and although Pauric Mahony responded with a converted placed ball Tipperary carved out a superb point on the stroke of half-time. Pádraic Maher intercepted a sloppy Waterford clearance and although he must have been tempted to shoot Maher opted to pick out Niall O’Meara with a smashing left-to-right delivery and O’Meara recycled to Jason Forde who drilled over from the right flank. 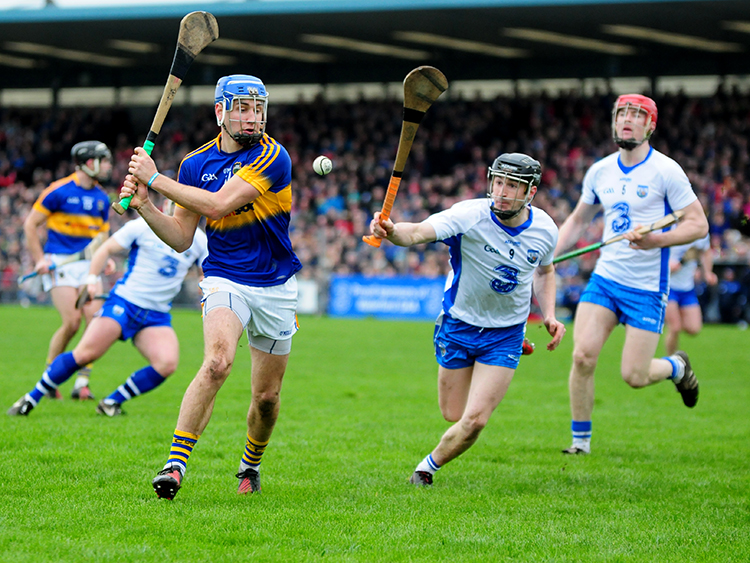 Early in the second half Dan McCormack set up Steven O’Brien for a rousing point, but Waterford hit back through Austin Gleeson. Points from Kieran Bergin and John O’Dwyer (free) forced Tipp three clear before John O’Dwyer landed an absolute beauty off his left in the 46th minute. The preamble to that particular strike featured a sensational leap and catch from Séamus Kennedy at the heart of Michael Ryan’s defence (0-15 to 0-11).

Shane Bennett appeared to have whispered open sesame to the Tipperary defence in the 49th minute, but Burgess’ Donagh Maher checked his advance with a “good foul” and conceded a free which Pauric Mahony converted - a goal at that juncture may have sparked the 7,344-strong home crowd into life.

Waterford tried to lift the intensity of their challenge, but Tipperary appeared to deal with it reasonably comfortably and carved the Déise open in the 52nd minute when the raiding Steven O’Brien was hauled down for a penalty by Tadhg de Búrca. Brendan Maher sparked this attack when winning a sensational turnover in the middle of the field while Waterford ‘keeper Ian O’Regan made a great save to deny John O’Dwyer’s placed shot from the spot.

The sides then traded frees before the goal that Tipperary’s industry deserved materialised in the 58th minute. Once more a Waterford forward was turned over and possession was worked toward Niall O’Meara who made a great grab before finding Noel McGrath’s clever run into space. Once more Ian O’Regan saved brilliantly from the Loughmore-Castleiney man, but John McGrath was on hand to bat home the rebound (1-16 to 0-13).

With six minutes to play Waterford conjured a goal-scoring opportunity of their own when Shane Bennett fired in a rasper. Darragh Mooney pulled off an excellent reaction save and although Waterford’s Stephen Bennett gathered the rebound James Barry threw himself at the shot and managed to block it with his body. Brian O’Halloran landed two late consolation points for a disappointed Waterford team while John O’Dwyer and John McGrath added to their personal tally.