Tipperary ladies record huge win over Down at Ardfinnan 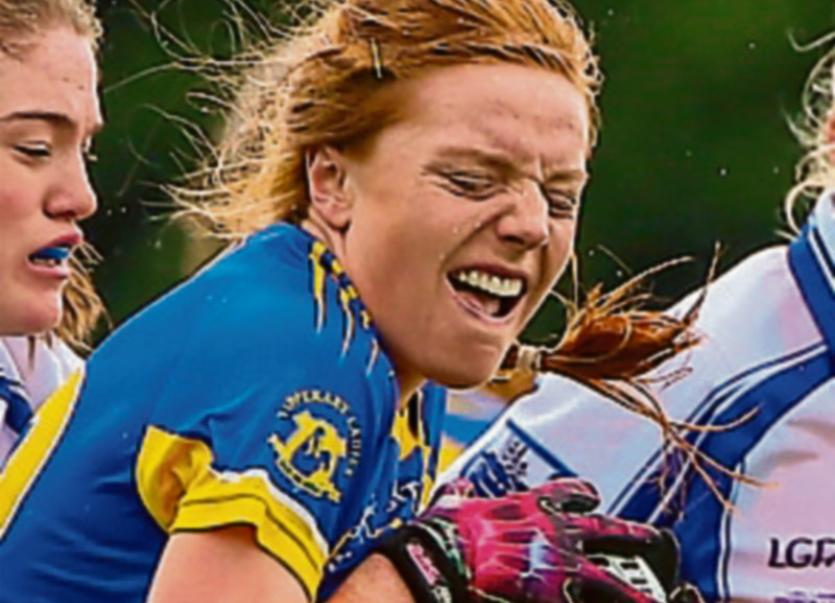 Tipperary's Eimer Myles was on the scoresheet against Down.

Tipperary ladies footballers continued their winning ways in the league with a very comprehensive and at times all too easy 5-14 to 0-3  victory over Down.

The win and the significant score difference takes Tipperary to the top the table in Division 3. Making it three wins out three they have justifiable hopes to stay there for the remainder of the league.

Tipperary’s good form in their opening two games carried on to their first home game and all were delighted for the host club Ardfinnan who put on a great show to honour their local girl Samantha Lambert who is the Tipperary Captain.

Tipperary had some personnel and positional changes and were slow to settle. Tipperary had the opening score from an Edith Carroll free. Down then had the next two points and amazingly did not score again until the very last kick of the game. It was two points each on thirteen minutes when Eimear Myles scored a point. Shortly afterwards a quick Roisin McGrath free found Edith Carroll who slotted home a good goal low to the bottom corner of the net.

From here on Tipperary were always in control and the team stepped up their work rate and commitment significantly. We had a few wides but went to the break feeling comfortable with a 1-6 to 0-2 lead.

Shortly after the restart Gillian O’Brien was sin binned. However it was Tipperary who upped their game and three goals in a five minute spell put the result out of doubt. An Eimear Myles cross was palmed home by Roisin McGrath. Soon after Catherina Walsh, now playing very well had a point and a goal. Elaine Fitzpatrick completed the three goal rush when finishing her effort to the back of the net.

Down were now in disarray and Tipperary introduced Aisling McCarthy, Caoimhe Condon and Laura Dillon. A poor kick out was broken down by Catherina Walsh and soccer style she finished off the ground to record Tipperary‘s fifth goal. Further substitutions of Alison Lonergan and Rachel O’Donnell before the final whistle. Full time score 5-14 to 0-3.

The management will be well pleased with another fine victory. Tipperary had plenty of leaders on the field and all who played and those called in to play showed great determination and willingness to fight hard for every ball. Next up is another home game against Meath on Saturday, February 25th in Sean Treacy Park, Tipperary Town at 2pm, a win here would virtually secure as a semi-final place.