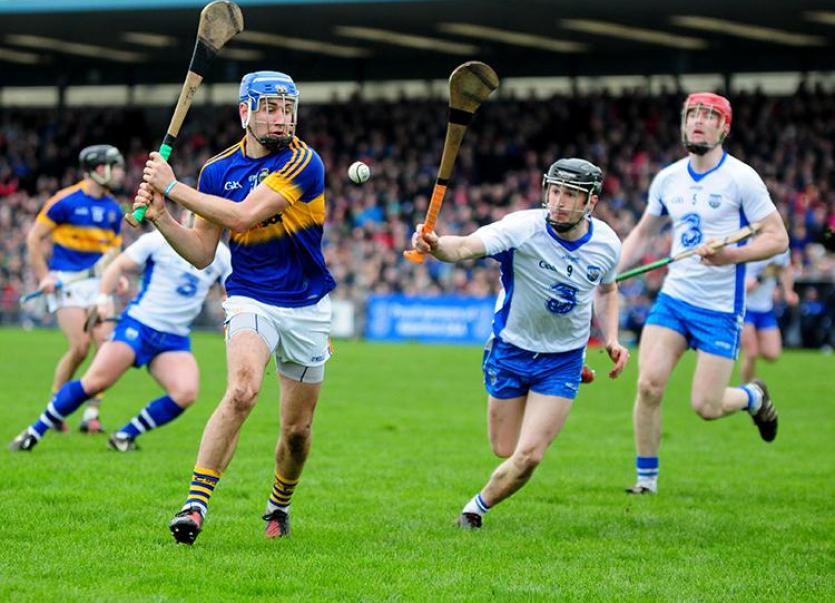 Michael Ryan’s Tipperary hurlers will play their first competitive game at Semple Stadium, Thurles since so famously winning the county’s 27th All-Ireland title in September. Tipperary remain unbeaten since losing to Clare in the 2016 Allianz National Hurling League quarter-final, but the Banner represent a real threat to the Premier County’s undefeated run.

Following an impressive six-point win (1-16 to 1-10) over Laois at O’Moore Park, Portlaoise on Saturday night Tipperary find themselves second in division three of the Allianz National Football League with promotion now within striking distance.

Tipperary trail an undefeated Louth team by two points, but every team in the division is still in with a shout of forcing their way into a play-off spot. Now, as they say, is the time to drive it on.
And, Liam Kearns’ men cannot afford to take anything for granted. Indeed, Longford, Tipp’s forthcoming opponents, beat Tipperary during the 2016 league campaign (1-17 to 1-11) and also registered championship wins over Down and Monaghan during the 2016 All-Ireland qualifiers before frightening the life out of Cork.

"The Longford match next Sunday is now a big game,” Liam Kearns said at O’Moore Park on Saturday.

“Our promotion hopes fell with them last year when they beat us in Longford by six points. That's a big game now again for us - if you win it you have two weeks to prepare for the Offaly match and you could build up a serious amount of momentum. Your fitness levels will be getting better and hopefully we can build on that. The Longford match is important.”

Following the encounter with Longford Tipperary travel to Offaly on Sunday, March 19th before concluding their programme against Louth (home) and Armagh (away).

It goes without saying that Tipperary were disappointed with their display against Sligo, but worked hard since that outing and the dividend which that worked yielded was clear for everyone to see at O’Moore Park on Saturday. Tipperary were terrific against Laois.

"We put the gun to their head after the first two games,” Tipperary senior football manager Liam Kearns explained.

“We were not happy with the Sligo match to be honest. We came back with fourteen men and got within a point of them, but that masked, for me anyway, the performance because our performance just wasn't good enough. It was put up to them during the past two weeks and, in fairness, they responded pretty well. So, I was happy with the performance. I am pleased with it, but there are also aspects of it that you would not be. I mean we brought them back into the game a couple of times.

"We needed to improve on the pace of our game - I thought we were very pedestrian against Sligo. We brought some pace into the middle third and it worked the oracle. Happy enough, but you would have to say too that Laois were missing a lot of players and a lot of experienced players." Liam Kearns added.

"The one thing I liked about today was that they worked hard - they went back to basics. And, that's what we told them: we said, lads, we want to go back to basics tonight. Whatever about the result and whatever about the two points let's get back to working hard for each other, putting in the hard yards and making sure that everything is fought for. And, they did that in fairness. They showed a lot of commitment out there today."