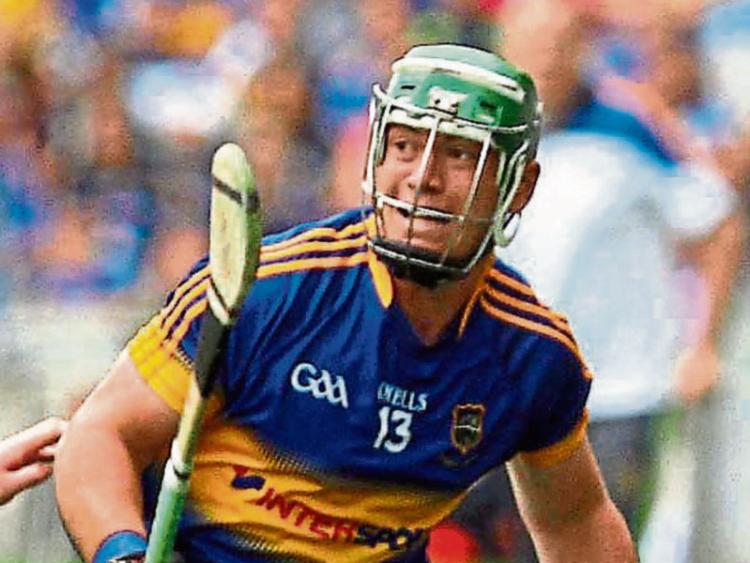 John 'Bubbles' O'Dwyer was one of Tipperary's star performers in the win over Clare.

Clare were the last team to beat Tipperary, in the league quarter-finals almost a year ago. However there was never any prospect of The Banner County reprising that win in Ennis at the beginning of last April once Tipp re-asserted their authority in the second half of Sunday's Allianz National Hurling League game at Semple Stadium.

Tipp's 0-28 to 0-21 victory was their third successive win of the campaign and maintained their one hundred per cent record this season.

Despite playing against the elements in the first half at a chilly and showery Thurles, Tipp started like a train.With John McGrath, Steven O'Brien and Padraic Maher to the fore they led by 0-4 to no score after six minutes, when John McGrath had his second point.

Another John McGrath point, this time from a free, saw them lead by 0-7 to 0-2 after six minutes.

However Clare grew into the game, with the strong wind and rain at their backs, and a converted free from David Reidy, one of their best players, had them level by the 25th minute (0-8 each).

A John Conlon point three minutes later had Clare ahead for the first time and the gap had stretched to three points (0-11 to 0-8) when the ever-dangerous Podge Collins scored in the 33rd minute.

Steven O'Brien had Tipp's first score in 12 minutes and at half time just a point separated the sides, with Clare ahead by 0-11 to 0-10 in a game witnessed by an attendance of 7,254.

If Tipp had lost their way after that bright start, they soon re-discovered their mojo after the re-start. Noel McGrath, one of their best players in the second half, set the tone for a much improved performance with a score after 43 seconds.

That levelled the scores and when Ronan Maher converted a long-range free in the 38th minute to restore their advantage the home team never looked back.

To their credit Clare refused to capitulate and a score from impressive substitute Ian Galvin - his third since his introduction in the 58th minute - had cut the gap to just a goal at the end of normal time, with five minutes of additional time to come.

However Tipp finished with a flourish. Two points from the irrepressible 'Bubbles' O'Dwyer and another from the outstanding John McGrath put them back into the comfort zone before substitutes, Kildangan's Paul Flynn (who can be well satisfied with his debut performance after he scored two points from play) and Mullinahone's Sean Curran put the seal on the win.

The only downside to the day from a Tipperary viewpoint was the nasty shoulder injury sustained by Brendan Maher towards the end of the first half, which forced him to leave the pitch in some discomfort. Niall O'Meara and Donagh Maher also had to retire injured when they suffered knocks to the head.

Maher's departure in added time left Tipp, who had used all their substitutes by then, with just 14 players but they were never in any danger of surrendering their advantage.

Tipp's next game will be a repeat of last year's All-Ireland Final when they entertain Kilkenny at Semple Stadium next Saturday evening.