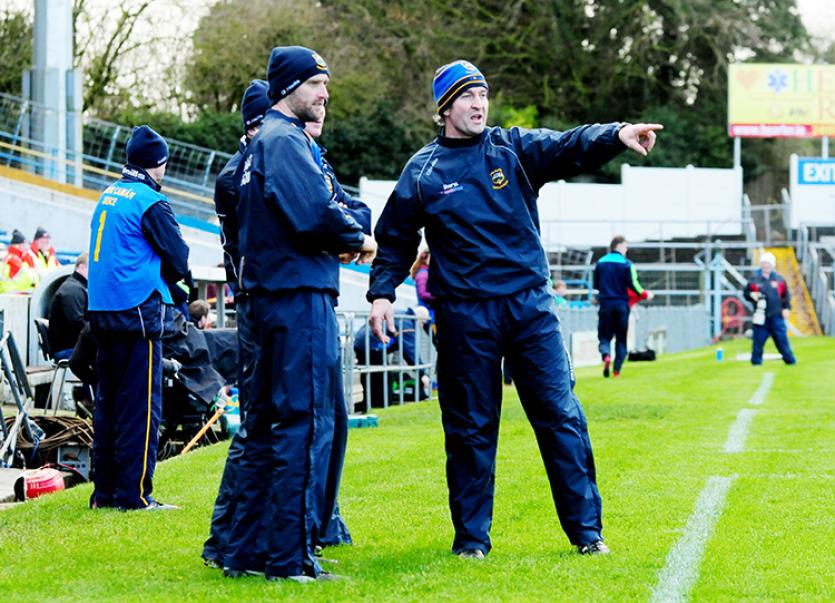 Tipperary maintained their 100% start to the Allianz National Hurling League on Sunday when beating Clare by seven points (0-28 to 0-21) at Semple Stadium, Thurles. Tipperary trailed by one (0-10 to 0-11) at the break, but recovered well to win a third successive game in division 1A.

Next up for Tipperary in division 1A of the Allianz National Hurling League is a home game against Kilkenny on Saturday, March 11th in Semple Stadium, Thurles at 7pm.

Meanwhile Upperchurch-Drombane beat Kinvara (Galway) in their All-Ireland junior B hurling championship semi-final on Sunday (0-14 to 0-5). The sides were locked on three points apiece at the break.

Sunday’s Allianz National Football League Division Three clash between Tipperary and Longford was called off and will be re-fixed for the week-ending Sunday, March 12th. Following that encounter the Tipperary footballers make the journey to O’Connor Park in Tullamore on Sunday, March 19th for a contest with Offaly.

On Saturday the Tipperary senior Camogie team lost their Littlewoods National League division one clash with Cork (1-12 to 2-14).

Ursuline Thurles’ All-Ireland Post-Primary Schools Senior A Camogie Championship final, which was due to be played at St Brendan’s Park in Birr on Saturday, was called off due to an unplayable pitch. The final against Loreto Kilkenny has been re-fixed for Saturday, March 11th - time and venue to be confirmed.

Congratulations to the Presentation Thurles team which beat Coláiste an Phiarsaigh, Cork in the Munster Post-Primary Schools Senior C Ladies Football Championship final 4-9 to 0-9 on Friday. Marie Creedon was named as the player of the match.

Although a whole host of junior soccer games was called off on Sunday Nenagh AFC suffered penalty shootout heartache at the hands of Fairview Rangers after a dramatic Munster Junior Cup quarter-final played at Annacotty, Limerick. The game finished one-all after extra-time and despite the heroics of goalkeeper Aaron Savage Nenagh AFC lost 7-8 on penalties. For a full report on this encounter and a video of the penalty shootout please click here. St Michael’s, the defending champions, are in quarter-final action next weekend.

Cashel RFC registered a significant 23-14 win over Blackrock College in Dublin having led that encounter 17-7 at the break. The result sets Cashel up nicely for their clash with Sunday’s Well at home on Saturday, March 11th. Meanwhile on Saturday Nenagh Ormond’s home game against Malone in division 2A of the Ulster Bank League was called off due to a water-logged pitch

In division one of the Munster Junior League Clonmel RFC beat Abbeyfeale 21-5 to claim the club’s third successive league title - the game was played at Clanwilliam RFC as Clonmel's home pitch was unplayable. Meanwhile Clanwilliam lost 29-31 away to Bandon and Kilfeacle & District’s home game against Newcastle West was postponed. Thurles RFC beat Tralee 12-3 in division two.