Liam Kearns believes that Tipperary's promotion bid has been “compromised” 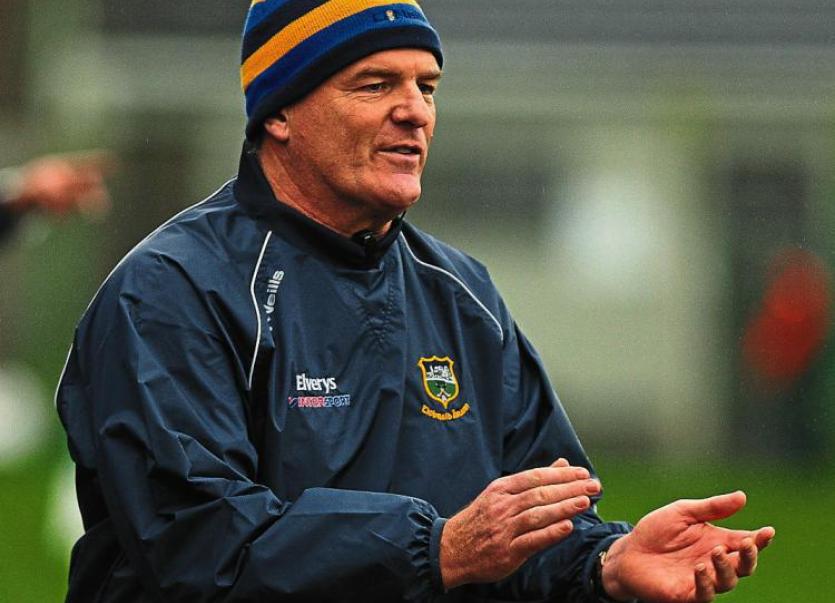 Tipperary senior football manager Liam Kearns believes that his side’s campaign to earn promotion to division two of the Allianz National Football League has been “compromised” - the Premier County were scheduled to play Longford as a curtain-raiser to the hurlers’ clash with Clare on Sunday, but following heavy rain a decision was made to cancel the footballers’ league game on Saturday. As a result the Tipperary footballers are faced with the prospect of playing four games in four weeks - a tall order for a side who could, potentially, force their way into the promotion picture.

“Our drive for promotion has now been compromised because we now have to play four games for four weeks in-a-row,” Liam Kearns told the Tipperary Star.

Longford manager Denis Connerton spoke out publicly about the decision to cancel the original game this week when he told Balls.ie that he was “fuming”. In response Liam Kearns has argued that Tipperary wanted the game to be played and made every effort to ensure that it did.

“We wanted the game on. We offered to play the game after the hurlers at Semple Stadium and we were refused,” Liam Kearns explained.

“Myself and Joe Hannigan (Football Board chairman) contacted six different clubs in an attempt to get an alternative venue on the Saturday - the day before it (the fixture) - and we were unable to get one. We wanted this game on and we desperately wanted it on. And, we made every effort to get the game on,” Liam Kearns said.

“We are compromised by what happened last weekend. We are very disappointed by the fact that we were the only game in the country that was not on and that we now have to play for four weeks in-a-row. Our training has been affected because we had tapered off to prepare for that match and now we have to go and re-schedule our training again. We also had arrangements made to play Kildare in a challenge game (this weekend) - we wanted to look at the options in our panel and now that has also been cancelled.”

Liam Kearns, however, also revealed that his players take “inspiration and motivation from every set back that comes their way”.

“We are used to getting setbacks,” Liam Kearns said.

The fact that the Tipperary under-21 footballers are in championship action this week (March 8th) and could potentially face another contest next week (March 15th) is yet another complication for Liam Kearns and his management team to contend with. Indeed, the up-coming weeks will need to be managed carefully and Liam Kearns’ work begins with the re-arranged contest against Longford on Saturday.

“And, really we have to because we were second in the table and now we are fourth since we didn’t play. So, we have to win, really - if we are talking about promotion we have to win.

“It’s going to be very difficult now and it is going to be very hard to gain promotion. We have to go to Offaly after Longford and then we have Louth at home. They are huge games and it is a big ask to play four weeks in-a-row now whereas Louth have a week’s break. They will be playing Armagh and then they will be playing us, but they will only be playing two games back-to-back whereas we will be into our third when we play them.

“So, it does hand the advantage to them. And, that’s not what we wanted. We have to beat Longford and we have to beat Offaly. The circumstances have changed, but have to beat them if we want to get promoted and that’s it. It has been made more difficult by what happened last weekend,” Liam Kearns added.