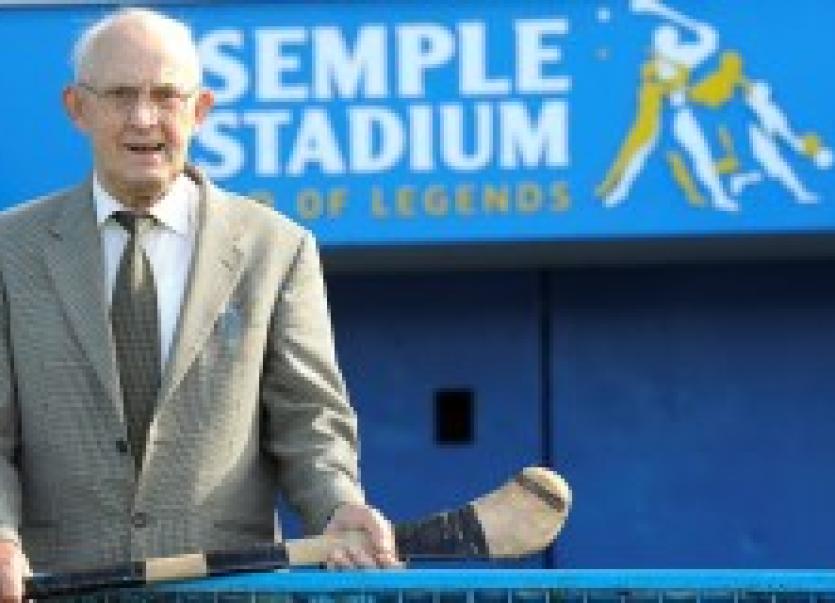 Tributes are being paid to former County Board Chairman, Munster Council Chairman and legendary Tipperary full back, Michael Maher who has died aged 87.

Tributes have been paid to former Tipperary hurling full back Michael Maher of Holycross Ballycahill who has passed to his eternal reward after a lengthy illness.

Winner of five All-Ireland senior hurling medals, the former County Tipperary GAA Board, and Munster Council Chairman had been residing in Ardeen Nursing Home for some time prior to his passing and was delighted to have had the Liam McCarthy Cup visit him after Tipperary had captured the title last year.

Michael won his first trophy in 1944 when Holycross Ballycahill won the mid u-15 championship to bring the first ever juvenile title to the parish. They regained the title two years later and in 1947 Michael had impressed county selectors sufficiently to have him included in the panel which won Munster and All-Ireland minor titles at full back - it was the third title in a row for Tipp when they defeated Waterford by double scores 2-4 to 1-2. Paddy Kenny of Borris-Ileigh was the Tipperary captain and lifted the TWA Cup for the second time. 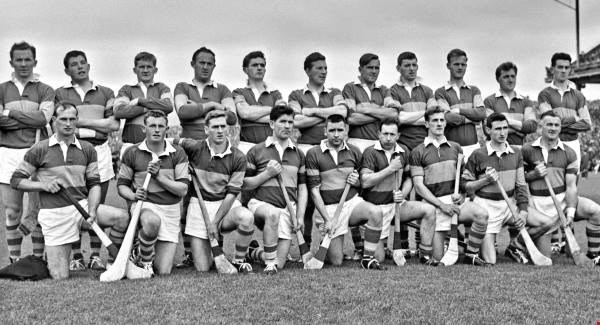 Michael Maher in his heyday with the Tipperary team of 1964  pictured in the back row, four from the left.

Tipp defeated Antrim in the All-Ireland semi-final and then it was Dublin again for the third year in succession in the final - Tipp had lost the previous two. But, this time, the silverware was heading back to the Archbishops Palace in Thurles with Kenny playing a captains part by bagging three goals.

Michael was full back again in 1948 when a fancied Tipp were defeated by Waterford in the Munster Final, but he had some consolation later in the year when Holycross Ballycahill won their first county championship - he was a member of the panel but did not make his club championship debut until 1950. Michael delighted in that 1948 victory, especially since it was his brother Francis who lifted the silverware after a 4-10 to 2-4 victory over Lorrha - Philip was also on the team.

He won three county senior titles (1948, 1951 and 1954) and three mid titles and he was to continue playing with the club until 1966 - he had been an ever present at the edge of the square in the green and white jersey all that time.

Playing at right full back in his debut season of 1951 for Tipperary, Michael lined out in the Home Final against Wexford and in the final proper when Tipperary defeated New York. He was to fall out of favour with the selection committees in 1953 and 1954 but such was his commitment to Tipperary that he returned again as full back for the league campaign of 1954, '55 when Tipp defeated Wexford in the final at Croke Park in front of 18,000 spectators.

He went on to win eight National Hurling League titles, six Munster titles and five All-Ireland's in a remarkable career which saw him become the fulcrum for Tipperary's famous 'Hells Kitchen' alongside Kieran Carey and John Doyle.

After he retired from the field of play, even before he finished up, Michael was drawn to administration.He went from being club Chairman, mid representative on the County Board, Central Council rep from 1967 to 1974, and then Chairman of the County Board from 1979 -1982.
In 1986 he was appointed Vice Chairman of the Munster Council and became Chairman in 1989 when he had the distinction of presenting the Munster senior cup to Tipperary on two occasion - ‘89 and ‘91.
He served a number of years on the GAA Management Committee and was a Presidential candidate also in his time. Michael’s expertise in all things agricultural- he was chief agricultural officer for Tipperary for many years – saw him take on the role as Chairman of the Semple Stadium Management Committee at a time of great development for the hurling mecca. His vision, application and knowhow ensured that future generations would get to play and watch Gaelic Games in a far better venue than heretofore.