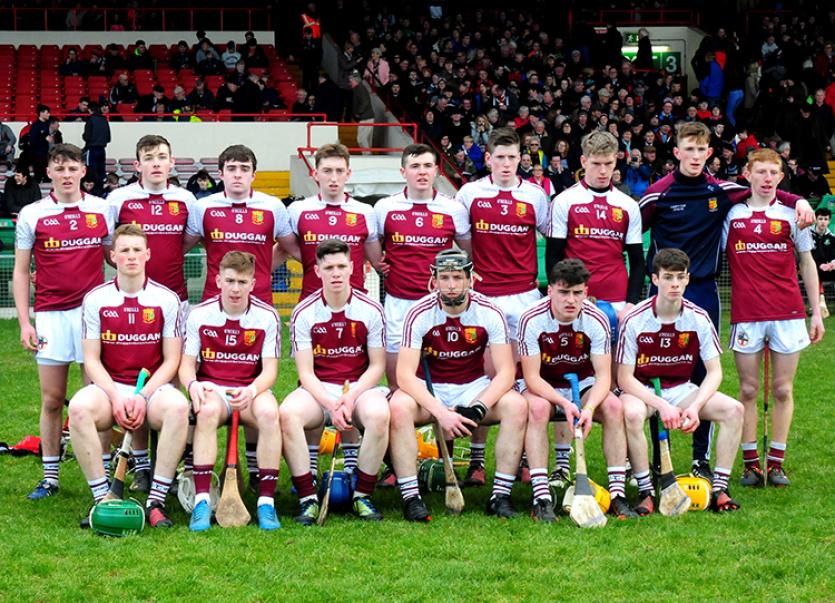 The clash between Our Lady's Templemore and CBS Kilkenny in the Masita-sponsored post-primary schools All-Ireland senior A colleges hurling semi-final (Croke Cup) has been fixed for Wednesday, March 15th in O'Moore Park, Portlaoise at 2pm. And, the Our Lady's lads need your support for this key fixture.

The Our Lady’s Templemore team, who so famously won the Dr Harty Cup final when beating St Colman’s College Fermoy by nineteen points (2-22 to 1-6), were scheduled to return to action on Saturday at Fitzgerald Park, Kilmallock.

The Limerick venue was scheduled to host an attractive All-Ireland semi-final double header, but a decision was taken to postpone both games on Thursday.

On Monday, March 13th the authorities announced the venues for the rearranged semi-finals - St Kieran's College (the reigning All-Ireland champions) will take on St Brigid's of Loughrea in Tullamore on Wednesday at 2pm while at the same Portlaoise will host the clash between CBS Kilkenny and Munster champions Our Lady's.

The final is scheduled to take place in Semple Stadium, Thurles on Saturday, March 25th.

CBS Kilkenny lost the Leinster colleges final to St Kieran's College - CBS led 0-7 to 0-4 at the interval and although the CBS side was inspired by captain Niall Brassil St Kieran’s won 1-14 to 0-13.

In their respective quarter-final CBS Kilkenny beat Presentation Athenry (3-9 to 0-15) on March 8th in Abbotstown, Dublin to book a date with Our Lady’s Templemore.

At the break Athenry led that encounter by three (1-3 to 0-9), but Kilkenny CBS made a storming start to the second half and never looked back.

Seán Bolger scored a vital goal for Kilkenny CBS in the opening minute before Seán Boyd notched a third three-pointer in the 43rd.

Tipperary have encountered Offaly in four of the last six league seasons. Indeed, Tipp strode toward a five-point win (2-11 to 0-12) in 2016 at Seán Treacy Park.

Next up for Michael Ryan's Tipperary team is their final group game during the league phase of the Allianz National Hurling League against the Rebels on Sunday, March 26th (3pm) in Páirc Uí Rinn, Cork.

Tipperary have already won division 1A and qualified for the quarter-finals of the competition where they will face Laois, Kerry or Offaly on the week-ending Sunday, April 2nd.