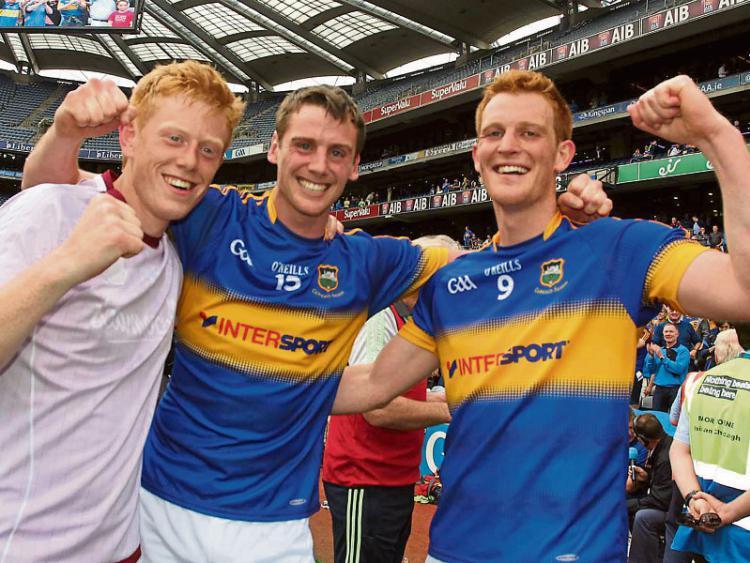 There were glimpses, real glimpses of what this Tipperary team is capable of on Saturday evening - Liam Kearns’ men were presented with a resolute Longford team who refused to go away and yet a composed Tipp team still won with eight points to spare at Semple Stadium, Thurles.

This was much more like it from Tipperary, especially during the opening nine minutes when goals from Conor Sweeney and Jimmy Feehan propelled the Premier County into a 2-4 to 0-1 advantage. Following that explosive start Longford recovered well to dominate the second quarter and close the gap to four prior to the break (2-10 to 0-12).

Longford were especially efficient in front of goal (three wides) and dragged themselves to within three points of their hosts three times in the second half, but Tipperary shook themselves when required and hit 1-4 without reply to settle the issue in a highly-impressive seven-minute period (54th-63rd minute).

Conor Sweeney was an absolute class act, Robbie Kiely and Alan Campbell brought terrific energy to the team and Kevin O’Halloran was a key influence on the side while Michael Quinlivan’s switch to midfield in the second half checked Longford’s progress neatly.

A brave Robbie Kiely block in the first minute suggested that the Tipperary footballers were in determined mood and Liam Kearns’ men franked such an assertion by scoring two goals inside the opening six minutes.

A Josh Keane free got Tipp off the mark before Jimmy Feehan turned over the ball in the middle of the field and picked out Conor Sweeney with a terrific forty-metre delivery. Sweeney had ghosted in behind the Longford full-back line and once he gathered possession, the Ballyporeen man steadied himself and drilled home a left-foot shot.

Longford hit back with a Robbie Smyth free, but Conor Sweeney was enjoying his one-on-one match-up in the full-forward line and booted over a classy effort in the sixth minute after Alan Campbell picked out the corner-forward with a smart delivery.

Tipperary conjured another turnover deep inside the Longford half in the seventh minute and Jimmy Feehan raced through before finishing off his right (2-2 to 0-1).

There was a real sting in Tipperary and Philip Austin illustrated as much in the eighth minute when his bustling run culminated with a left-footed finish. In the ninth Conor Sweeney swung over a free and Tipperary led by nine (2-4 to 0-1).

Longford responded well with three points. Wing-back Michael Quinn landed the first of his three first half points in the tenth minute before a Robbie Smyth free expanded his side’s tally to three. Liam Connerton demanded a good save from Tipp ‘keeper Evan Comerford in the 14th minute, but Michael Quinn notched a point as Tipperary failed to clear effectively (2-4 to 0-4).

In the 15th minute Kevin O’Halloran landed a great point off the outside of his left boot, but the key feature to this score was the manner in which Philip Austin and Brian Fox switched the ball smartly across the field following Alan Campbell’s driving run out of defence.

A Liam Connerton point reduced the Tipperary lead to six, but the home side responded through Brian Fox and a Conor Sweeney brace. Sweeney’s dummy left and smooth finish off the right in the 20th minute left nine between them (2-8 to 0-5).

Michael Quinn and Conor Sweeney traded points before Longford proceeded to take control. Tipperary struggled on their own re-starts and the visitors took full advantage. Indeed, Longford won the remainder of the half 0-6 to 0-1.

Three converted frees (two from Robbie Smyth and another from Seán McCormack) set Longford on the road to recovery. Diarmuid Masterson landed a neat effort from play in the 32nd minute before a brace from Robbie Smith (one free) reduced Tipperary’s lead to three.

The concluding eighteen minutes of the opening half were hardly satisfactory from a Tipperary point of view, but there was some encouragement in the third minute of first half injury time when Josh Keane recycled possession smartly for Liam Casey to score when Conor Sweeney’s free found a post (2-10 to 0-12).

Longford closed the gap to three four minutes into the second half and could have transformed the trajectory of this game in the 42nd minute when threatening to create a goal chance of real note. Thankfully, from a Tipperary point of view, Kevin O’Halloran intercepted at an opportune moment deep inside his own half.

Philip Austin and George Hannigan combined smartly in the 44th minute before the Borrisokane man notched the home side’s opening score of the second period. John Keegan profited from a sloppy Tipperary clearance soon after, but Tipperary hit back with twenty minutes to play when Kevin O’Halloran booted over a long-range free (2-12 to 0-14).

A placed ball from Robbie Smyth dragged Longford to within three of their hosts in the 53rd minute, but Tipperary responded in real style. Finally, we caught a glimpse of the real Tipperary. Liam Boland set up Conor Sweeney for a smashing point off his left in the 54th minute before Kevin O’Halloran landed a brilliant long-range free. A Conor Sweeney free propelled Tipp into a six-point lead entering the final ten minutes before Michael Quinlivan sparked a move which featured Robbie Kiely. The centre-back burst through, sucked defenders toward him and then fed Conor Sweeney who beat the Longford ‘keeper with a punched finish. Liam Boland landed an absolute beauty off his left in the 63rd minute and Tipperary led by ten (3-16 to 0-15).

Longford responded with points from Robbie Smyth (free), Ronan McIntire and Brian Farrell while Michael Quinlivan belted over a terrific long-range free off the outside of his right boot three minutes into second half injury time.