Tipperary’s thrilling draw with Kilkenny features in a bumper weekend 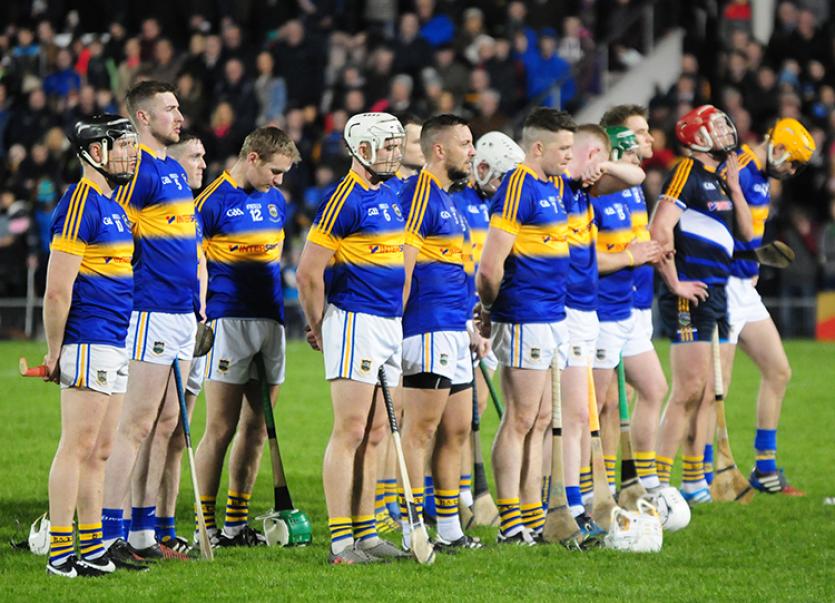 Tipperary’s thrilling 2-17 to 3-14 draw with Kilkenny at Semple Stadium, Thurles on Saturday night featured in a bumper weekend of sport. The result means that Tipperary have won division 1A of the Allianz National Hurling League with a round to play and will face Kerry, Laois or Offaly in the quarter-finals on the week-ending Sunday, April 2nd.

Liam Kearns’ Tipperary, thanks to an eight-point win over Longford on Saturday, have climbed to second place in the division three table and now turn their attention to facing Offaly in Tullamore on Sunday, March 19th.

From here the games come thick and fast - following the encounter with Offaly Tipperary conclude their programme against Louth (at home) on March 26th and away to Armagh on April 2nd. And, nothing will come easy against an Offaly team are facing relegation and recently suffered a thirty-point defeat (0-10 to 6-22) at the hands of Armagh.

The Tipperary team registered a 1-9 to 0-11 win over Wexford in Enniscorthy on Sunday in division one of the Littlewoods Ireland Camogie League. The Tipperary under-16A team won a Munster semi-final when beating Clare 3-2 to 0-7 on Sunday while the minor team lost out to Dublin (2-7 to 2-9).

Meanwhile Ursuline Thurles lost the final of the O’Neill’s All-Ireland Post Primary Schools Senior A Camogie Championship by thirty points (1-4 to 6-19) on Saturday, but the Tipperary side emerged from the Conahy Shamrocks GAA ground with their pride intact.

On Saturday afternoon Nenagh Ormond and Cashel RFC recorded terrific wins in division 2A of the Ulster Bank League. Although the sides were locked on nil-all at the break Cashel RFC proceeded to beat Sunday’s Well 14-5. That result should stave off relegation fears for the Cashel men while Nenagh Ormond registered a 23-17 win over Queen’s University in Belfast. Nenagh trailed that encounter 3-10 at the break, but recovered well to win.

On Sunday defending champions Sheriff YC dashed Peake Villa’s FAI Junior Cup dream when they edged out James O’Sullivan’s side in an entertaining quarter-final played at a packed Tower Grounds in Loughtagalla, Thurles. For a report on this game please click here.

Carrick United were also in FAI Junior Cup quarter-final action on Sunday against Boyle Celtic - the game finished 2-2 and the Roscommon side won on penalties (6-5).

In the Munster Junior Cup St Michael’s progressed to the semi-finals when the Saints won Sunday’s quarter-final 4-2 away to Dungarvan United - St Michael’s are, of course, the defending provincial champions.