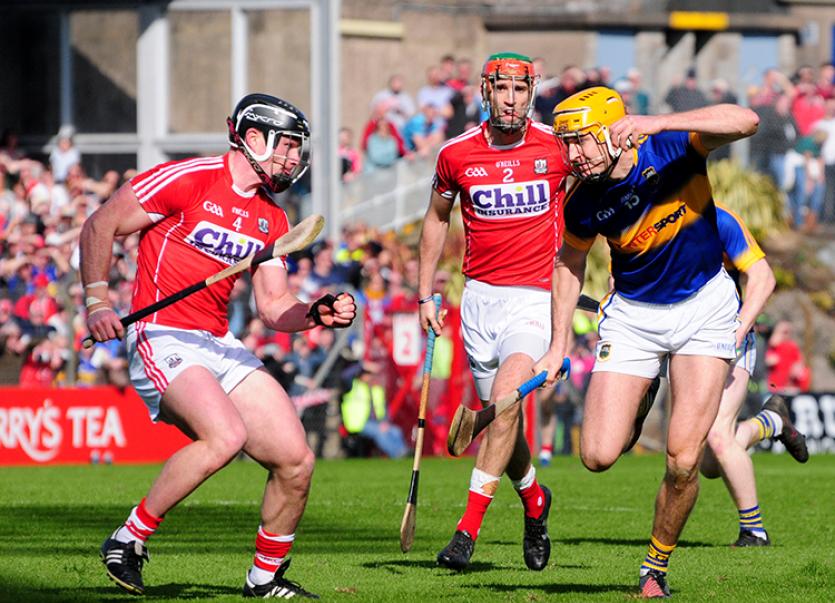 Michael Ryan’s Tipperary senior hurling team will face Offaly in the Allianz National Hurling League quarter-finals on the week-ending Sunday, April 2nd. The sides will toss for home venue on Monday when the exact details of the quarter-final fixture will be released.

Cork beat Tipperary 0-26 to 3-16 in the fifth round of division 1A on Sunday afternoon at Páirc Uí Rinn, Cork to bring Tipp’s undefeated run to an end. Meanwhile Offaly beat Kerry 1-21 to 2-16 to qualify for the last eight.

The full quarter-final line-up is: Tipperary v Offaly, Cork v Limerick, Waterford v Galway and Kilkenny v Wexford. All of the dates, times and venues for the quarter-finals will be confirmed by the CCCC on Monday afternoon.

Should Tipperary progress past Offaly the defending All-Ireland champions will face Kilkenny or Wexford in the semi-finals. The semi-finals are scheduled to take place on the week-ending Sunday, April 16th while the final is fixed for Sunday, April 23rd.

Meanwhile Clare and Dublin will face one another in a relegation play-off (Wexford have been promoted to division 1A for 2018).

Upperchurch-Drombane’s dream of landing an All-Ireland junior B hurling championship trophy ended in a nightmare at Raheenagh, Limerick on Sunday afternoon. The Tipperary champions were hoping to avenge a defeat suffered at the hands of Whitechurch in the Munster decider, but the Cork outfit was just too good for Upperchurch-Drombane on this occasion. Indeed, Whitechurch were excellent value for a ten-point win (2-16 to 0-12).

Despite leading 0-8 to 0-6 at half-time on Sunday at Semple Stadium, Thurles the Tipperary senior footballers lost to Louth (0-12 to 0-16) and now must beat Armagh in the Athletic Grounds in Armagh on Sunday, April 2nd (2pm) to earn promotion to division two of the Allianz National Football League.

A win against Louth would have sealed promotion for Tipperary, but now Liam Kearns’ men have dropped to third in the table behind Louth (promoted) and second-placed Armagh. A win for Tipperary over Armagh next Sunday will see the Premier County promoted to division two and also earn Liam Kearns’ men a place in the division three league final against Louth on Saturday, April 8th at Croke Park, Dublin.

Meanwhile on Sunday the Tipperary intermediate football team won again in division three of the Lidl National Football League when beating Leitrim 4-13 to 2-12 at Ardfinnan.

The Tipperary minor A Camogie team got their All-Ireland championship campaign back on track when beating Waterford 4-14 to 3-6 on Sunday - Tipperary led that encounter 2-7 to 0-3 at the break.

The win for Nenagh Ormond moves the Tipperary club into second place in division 2A of the Ulster Bank League five points behind Banbridge with a game in hand - Ormond are one point ahead of Highfield and five clear of Malone. Next up for Nenagh is a home game against fourth-placed Malone on Saturday, April 1st before Cashel RFC host Nenagh in a Tipperary derby on Friday, April 7th.

On Sunday Thurles RFC won the Bank of Ireland Munster Junior Plate for the fifth time when beating Nenagh Ormond 21-5 in the final at Thurles - the home side led 8-0 at the break.