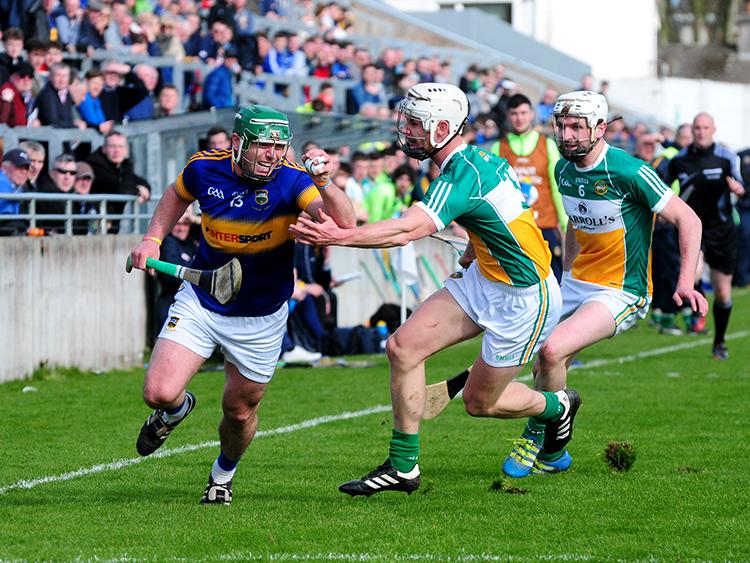 On Sunday last Tipperary strolled to a 4-28 to 3-13 win over Offaly at O’Connor Park in Tullamore to book their place in the final four. Meanwhile Wexford, the division 1B champions, got the better of Kilkenny (2-18 to 0-19) at Nowlan Park, Kilkenny.

"We are delighted to go through - that's what was on offer here for whoever won. We are through to a semi-final now. The quarter-final was the aim at the start of the year and that we achieved that aim. We got there, we got through it and we go on ahead now to what looks like a very interesting semi-final. It is all to play for," Michael Ryan said as he reflected on the lop-sided contest with Offaly.

Although Tipperary won at their ease in Tullamore Michael Ryan was pleased by the aptitude for work shown by his players.

"It's exactly that. We have a hugely competitive squad inside there. We have a lot of bodies, as I keep saying, that are screaming for chances. You can never take any kind of opposition for granted and we didn't. We came up here and we lined out a really, really strong team - the best available - because we were intent on getting something out of this match. That's the way it worked out and we are delighted with that. Plus we got to use plenty of fellas again which keeps the (sense of) competition going. And, that's hugely, hugely important for us," Michael Ryan explained before revealing that Cathal Barrett, who made his seasonal debut against Offaly, was "chomping at the bit" to get back on the field of play.

The Upperchurch-Drombane man also revealed that Patrick Maher is expected to return to Ireland following his tour of duty with the Defence Forces and would re-join the panel as soon as possible. Indeed, Michael Ryan said it would be "great to get him back" before describing the Lorrha-Dorrha man as a “great player”.

The Tipperary senior hurling manager indicated that there was "a bit of fatigue" in the panel which is understandable considering the work load and league programme undertaken by the squad in recent weeks.

"I would not underestimate what five games in the league means and this is game six. It takes a fair toll on lads' bodies. It has been a fairly compressed six or seven-week period," Michael Ryan explained.

With the league semi-finals scheduled to take place on Sunday, April 16th Tipperary now enjoy a two-week period of preparation before facing Wexford.

"Yeah, we have two weeks, but it's certainly not a holiday camp. We have plans made for next weekend straight away. And, as I said the competition is fierce. Before we started today we had tried thirty players who actually got game time,” Michael Ryan said.

In Tullamore Alan Flynn, Stephen Cahill and Cathal Barrett saw league action for the first time in 2017 which brings the number of players used by Michael Ryan during this year’s league campaign to thirty-three: "that's the upside, but there are another nine fellas who have been injured or who have not been ready. So, they are looking for that opportunity too".

Tipperary last faced Wexford in the 2011 Allianz National Hurling League, a match which finished in a draw (0-17 to 1-14). And, Michael Ryan has heaped praise on manager David Fitzgerald who has, obviously, made a telling impact on Wexford fortunes this season.

"It will be interesting, very interesting,” Michael Ryan said as his thoughts turned to the forthcoming challenge posed by Wexford.

“You know more about Wexford than I do, but what I can see for sure is that Davy (Fitzgerald) has made an instant impact down there, like we knew he would. Any one of us who follow the game and know the personality from the minute he went down there we knew it was a big thing for Wexford - that energy is infectious to be honest. So, it will be very interesting, very interesting. We did play them earlier on this spring in a game down in Waterford under lights and it was a great game for both of us. Look, it will be a great game."

Michael Ryan’s men shipped three reasonably sloppy goals against an out-gunned Offaly team on Sunday and the Upperchurch-Drombane man conceded that the All-Ireland champions still have plenty to work on.

"We know that we have plenty to work on. Today is only the second of April so there is still a lot of work to take place. The goals - we will have to get a better look at them. They looked messy to me to be honest, but Offaly were always going to come at us with something and they certainly did. They are a direct team and I think this game will stand to them," Michael Ryan said.

Offaly never gave up on Sunday despite finding themselves out-classed at O’Connor Park and that was the aspect to this contest which the Faithful manager Kevin Ryan was eager to highlight following this quarter-final.

"Absolutely, and that's all we could ask (for). Obviously, Tipp took the foot off the pedal a little bit, but, absolutely, they kept going. We are pleased with that,” Kevin Ryan told the Tipperary Star.

“I would be happy enough that we did, absolutely, keep going there. You definitely do not want a thirty-point beating or even the beating that we did get, but we are realistic enough to know that we are down around tenth to twelfth in the country and you are playing the best team in the country. It was a good experience and, hopefully, we can get something from it," Kevin Ryan added.