Tipperary minor manager Liam Cahill “glad to get over the line” 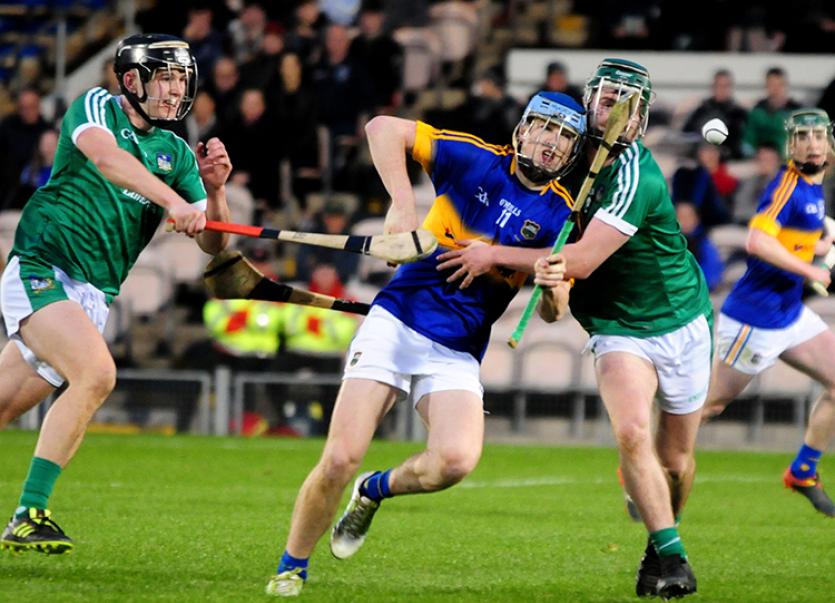 “I can’t but feel a sense of luck tonight. I thought Limerick, after five or ten minutes of the second half, totally took over the middle third of the field. We found it very difficult to get a handle on it with the chap of the O’Briens (Paul) playing deep and creating this overlap. I am sure Limerick will go home tonight thinking that they should have got something from the game,” minor hurling manager Liam Cahill explained.

“The reality of it is that our players are a little bit disappointed in there tonight to be honest because they know that they did not play to their potential. But championship hurling can teach great lessons - both us as a management team on the line and the players learned an awful lot from tonight. There are a good few aspects (to the performance) that we can look at and if a number of them can be rectified we will be a decent enough side come June. We have a good bit to work on to be honest and we are glad to get over the line, really,” the Ballingarry man revealed.

A resilient Limerick side recovered a seven-point second half deficit to take the lead for the first time in the 58th minute and then extended their advantage to two on the hour mark. The defending Munster and All-Ireland champions were in deep trouble, but fought back to score 1-2 without reply including a game-clinching goal from Niall Hoctor. And, Liam Cahill agreed that to win, in those circumstances, can be of great benefit to a group of players.

“It gives great confidence to players when you win a game like that,” Liam Cahill explained.

“I had to compliment my players tonight in the dressing room. They never gave up in fairness to them. With two minutes left to go in normal time Limerick looked to be on the forward foot and it looked like it was their game. One of the key players, Jake Morris, probably had a quiet game by his standards, but he stood up and hit the equaliser. Willie Barry, for an under-17, showed great composure on the ball for the pass to Conor Bowe who created the goal chance for Niall Hoctor.

“So, there were a lot of positives from it, but I would be very concerned about our energy levels. I won’t say it was fitness because fitness should not be an issue for players of seventeen and eighteen years of age, but it is a trend that’s there that we will have to work on. We are going to have to get more consistent to see out matches that bit better. When we are on top we need to drive on that bit more because we seemed to drive on in spasms tonight.”

If Tipperary are to win a 40th provincial minor title in 2017 this group of players need work.

“You can play all of the challenge matches that you like, but the bottom line is that championship hurling really educates you in terms of what you have in a team and it gives you a great lesson as well as a management (team). You can see who is up to it and who is not,” agreed Liam Cahill.

On Tuesday, April 18th Tipperary will play Cork or Limerick in a Munster Under-17 Hurling Championship semi-final - the Premier County’s under-17 hurling management team is: Trevor Hassett (Drom & Inch), Séamus Gleeson (Kiladangan), Declan Hickey (Skeheenarinky) and Martin Ryan (Borris-Ileigh). And, both management teams have been working together this season in order to give Tipperary the best chance of success in both competitions.

“We have a good relationship with the under-17 management and it is a competition that we are anxious to do well in as well,” Liam Cahill revealed.

“I have eight of them involved in total in the (minor) squad and there will be at least five of them available for the under-17 championship. Tipp will go there with a chance of winning the first round game of that. And, that’s what it is all about at the end of the day: we are all about trying to prepare these fellas as best we can.

“That was a great education for them tonight - they played at Semple Stadium with their backs against the wall with two minutes to go and three minutes into injury time they got a late win. It should bring them on,” Liam Cahill said before explaining that such was the quality of the Limerick challenge that he would not be surprised to see the Shannonsiders progress in the competition.

“There is no doubt about it - Limerick are always well prepared. They are always set-up well in order to create you difficulty. For a period of time there tonight they played a sweeper, then they played three across the middle of the field and then, suddenly, they had the centre-forward coming deep and creating overlaps,” Liam Cahill said.

“They hurt us and they are not just a one-trick pony. They have a lot of assets to their game and they will improve more as they get the extra games. The worry for us now is that we have ten or eleven weeks to prepare - it's ample time, but you need competitive matches and we will have to have a lot of things right. We will cross that bridge when we come to it,” the Ballingarry man added.

For a full report from Tipperary’s dramatic 4-15 to 2-18 win over Limerick please click here.