Tipperary team to face Louth in league final has been named 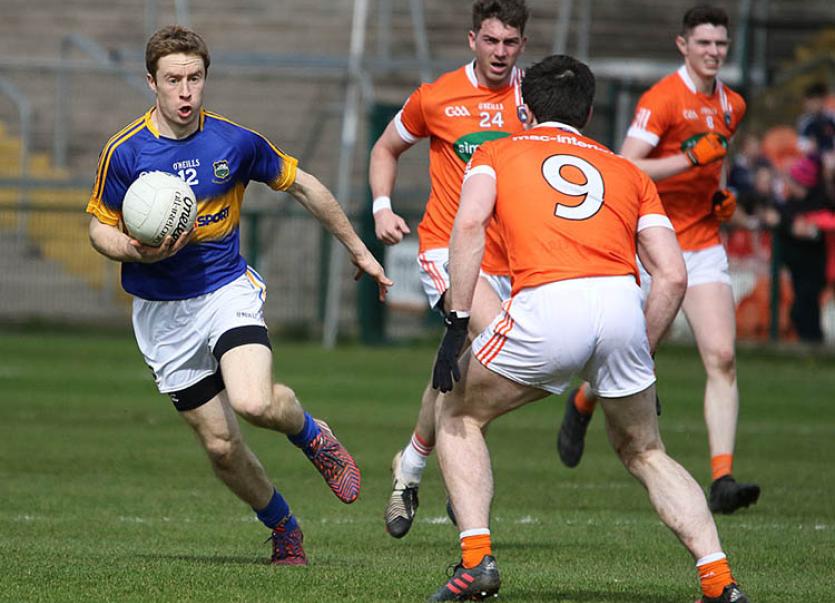 Can Brian Fox lead the Tipperary footballers to glory on Saturday?

Prior to Saturday's final the Premier County earned promotion to division two of the league thanks to a thrilling victory over Armagh in the Athletic Grounds on Sunday last - Tipperary got the better of Armagh thanks to a dramatic late, late Michael Quinlivan goal and this week manager Liam Kearns asked his players to “lift” themselves ahead of the league final.

“First of all we are looking at this final as a bonus,” Liam Kearns told the Tipperary Star.

“We have achieved what we set out to achieve which was to earn promotion. And, we did it the hard way. We have injuries and there is no doubt that Louth rested their players last week because they were already promoted - they only played three of their first fifteen. So, they are in a nice position going into this. Yeah, it's going to be difficult, but, at the same time, it is bonus territory, it is a final, it is in Croke Park and we are going to have to lift ourselves for it. But the odds, in my view, are stacked in their favour,” Liam Kearns admitted.

Next season Tipperary will return to division two for the first time since 2010 when the Premier County were relegated from the second tier of the Allianz National Football League having earned promotion from division three in 2009 (beat Down in the division three final that season - 0-18 to 1-14). In 2018 Tipperary will compete against Cavan, Roscommon, Meath, Cork, Clare, Down and Louth in division two.

Louth, of course, got the better of Tipperary most recently when beating Liam Kearns’ men 0-16 to 0-12 at Semple Stadium, Thurles - Tipp led at the break, but the men from the Wee County out-scored their hosts 0-10 to 0-4 in the second half to seal promotion.

Louth will enter Saturday’s contest in confident mood. Colin Kelly’s men have form against Tipperary and have also earned themselves a second successive promotion - in 2016 Louth were promoted from division four and also beat Antrim in the division four final at Croke Park, Dublin (3-12 to 1-14). So, Louth are sure to relish a return to headquarters against a team that they have already beaten.

In 2015 Tipperary performed a similar trick when earning promotion from division four before beating Clare (1-16 to 1-15) in the league final at Croke Park. And, a return to Jones' Road is sure to capture the imagination of the Tipperary players and supporters. Memories of 2016’s thrilling run to the All-Ireland semi-final are sure to come flooding back. And, hopefully such memories can inspire Tipperary to a famous win on Saturday.

“It is a huge bonus to go back into Croke Park after last year,” Liam Kearns explained.

“We are going up there to try and win the match. It's a final and it's there to be won. We have already achieved our goal and we are looking at it as bonus territory,” Liam Kearns said before reflecting on the league encounter between the sides.

“We figured that we missed 1-8 in the first half - some were really poor misses. We also feel that we should have got a second penalty and we didn't convert the penalty that we got. We missed a 21-yard free and we took another 21-yard free quickly and got nothing from it,” Liam Kearns said.

“There is no point in saying otherwise, but they definitely out-played us in the second half and kicked ten points (Tipperary 0-4). So, while there are lots of things that we can address at the end of the day they beat us in our own back yard. They are playing in Croke Park now and that will suit them. And, they have all the advantages in that they have been resting and have been able to target the game for two weeks whereas we have had to go to Armagh and now we have to face them six days later.”

And, there is no doubting the fact that Tipperary boss Liam Kearns admires the job done by manager Colin Kelly with Louth - Kelly has guided the Wee County toward successive Allianz National Football League promotions.

“I think it is a great achievement,” Liam Kearns said.

“I saw them in the very first game against Laois and they were flying fit. Their fitness levels have been huge and they won four games in-a-row which is no mean achievement in any league or in any division. They have a good system of play, they have a lot of pace and they have a lot of scorers - they have guys who can score from different areas of the field. They are a very decent team and I think they have been under-estimated - at the end of the day they are a fine side.”

*Wexford and Westmeath will contest the division four final as a curtain raiser to next Saturday’s division three final clash with Louth (the Wexford-Westmeath game throws in at 3pm).