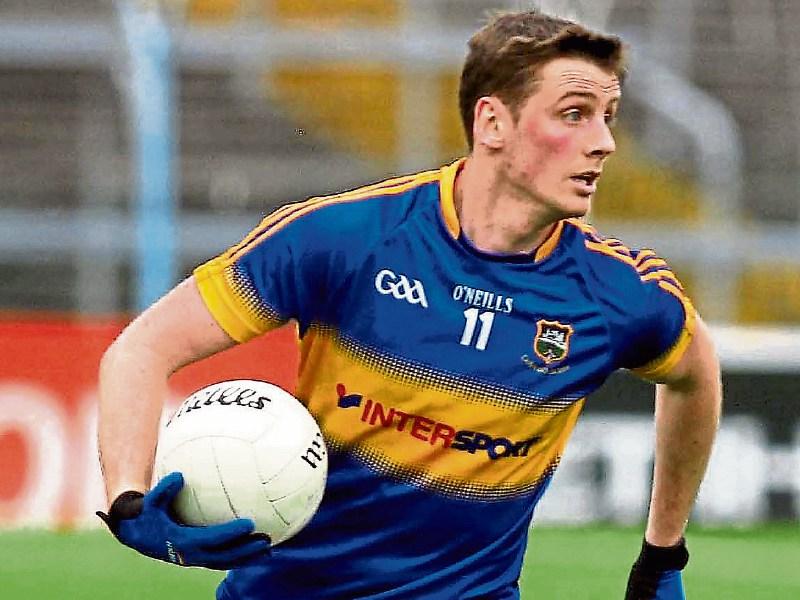 At Croke Park this afternoon Tipperary senior footballers rounded off a profitable league campaign with an impressive nine points victory over Louth, to add rare silverware to the promotion they achieved last Sunday with a surprise win over Armagh.

With their main objective of Division 2 football for next season already guaranteed after victory in the Orchard County, today Tipperary played with a freedom of expression and were full value for their revenge victory over a Louth side that had beaten them well in Thurles just two weeks ago.

It was a purple patch for Liam Kearns’ side late in the first half that ultimately decided this game when Tipp blitzed their Leinster opponents with 1-5 unanswered in a five minute period between the 26th and 31st minutes. That scoring spurt took Tipperary from three points down to lead by five, with Liam Casey’s blasted goal to the roof of the net in the 29th minute the stand-out score of the half. Thereafter Tipp were never to be led.

Louth, as they did at the beginning of the game when they raced into a 0-3 to 0-0 lead in just over four minutes, re-started the better after the break and pulled Tipp back to just two points at 1-12 to 0-13 within five minutes. Tipp, however, weathered that storm with fine points from Jack Kennedy and Kevin O’Halloran before Conor Sweeney scored a poacher’s goal in the 47th minute to put his side seven points to the good. Just when it seemed Kevin O’Halloran’s goal chance had been thwarted, the Portroe player dispossessed Louth’s Adrian Reid and Sweeney picked up the spilt ball to blast to the net.

The Ballyporeen man, would end the game with a total of 2-5, also providing the coup-de-grace in the 77th minute with his second goal. A Louth team over-stretched in attack were caught with a Tipp counter attack up the left wing and substitute Liam Boland’s pass inside was collected and coolly finished by Sweeney for a 3-19 to 0-19 final scoreline.

The wide open spaces of Croke Park gave the Tipp side the freedom they needed and with constant counter attacking throughout from Alan Campbell, Robbie Kiely and Bill Maher, Tipp eventually exposed a well organised Louth who two weeks earlier they found almost impregnable in a second half in Thurles.

After a slow enough start Tipp trailed 0-7 to 0-4 after 25 minutes, three of the four Tipp points from frees with Liam Casey’s effort from 35 metres on 10 minutes their only score from play.

However they clicked into top gear with six unanswered scores as Conor Sweeney (2), Kevin O'Halloran (free), Jack Kennedy and Campbell all added to Liam Casey’s decisive green flag after an exquisite fisted pass from Sweeney.

All-Star Michael Quinlivan was a handful for the Louth defence throughout the first half with his incisive running winning numerous frees. The Clonmel Commercials star, selected as man of the match by his fellow clubman Charlie McGeever, was quick to share his personal accolade with Sweeney’s immense contribution over the whole game.

The opening quarter of the second half saw a Louth resurgence weathered and once Conor Sweeney’s first goal went in after 47 minutes there was no way Tipp were to leave Croke Park emptied handied.

There were many fine performances on the day which will encourage all involved with the championship clash with Cork or Waterford now just eight weeks off. Six Tipp subs were also utilised on the memorable day for Tipp football at headquarters, giving time and recognition to the contribution of the whole panel.

Team captain Brian Fox proudly raised the cup afterwards, the Eire Og Annacarty/Donohill man following in the footsteps of Paddy Codd (2014, Division 4) and Declan Browne (2005, Tommy Murphy Cup) so far this millennium. Buoyed by this latest progression Tipp will be hoping to be back in Croke Park again before the year is out.