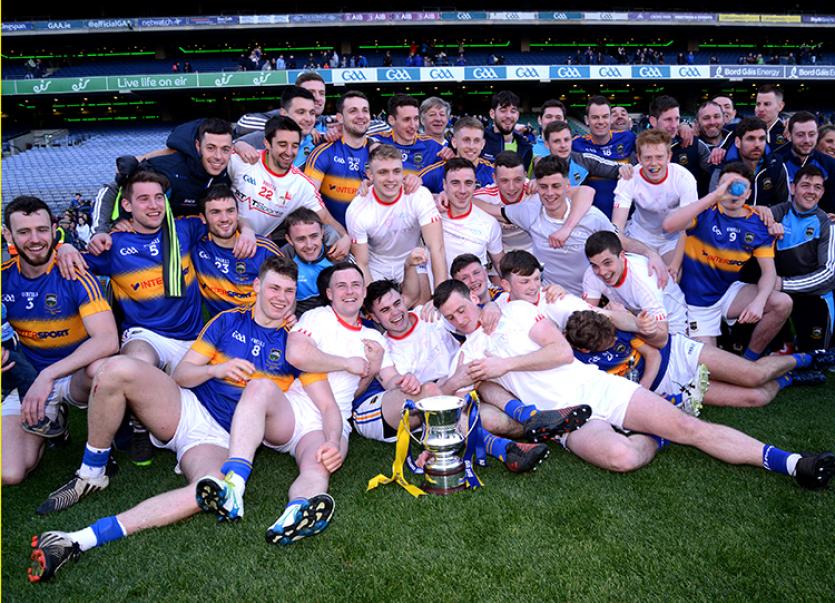 There was no lilting rhetoric from Tipperary senior football manager Liam Kearns following Saturday’s nine-point win over Louth in the Allianz National Football League division three final. There was the sense of a solemn contentment with a job well done, but Kearns was also eager to re-focus the attention of his players on the up-coming championship campaign - building and improving from here is the plan.

"The championship is our aim,” Liam Kearns said in reaction to his side’s 3-19 to 0-19 win over Louth at GAA headquarters.

“We wanted to get promoted and we wanted to get to the league final, but the championship is our main goal. And, that's on the tenth of June so we have only eight weeks (left to prepare). We have to manage that well and that's when we hope to be at our best,” the Kerry man added.

It is natural that Liam Kearns and his players would always have one eye on a Munster Senior Football Championship clash against Cork or Waterford on Saturday, June 10th, but it is important too that Tipperary acknowledge the quality of this performance and duly celebrate it.

"We love it here,” Liam Kearns said with a smile.

“We came up here and we expressed ourselves last year and the players expressed themselves again today. I think there is a lot of improvement in us and I think this campaign will stand to us,” Liam Kearns explained.

"It has been a tough campaign, very tough. We have lost two huge players in Peter Acheson and Ciarán McDonald who would be inspirational players and leaders for us. They didn't kick a ball in this campaign. I think six of our championship team were missing there today for various reasons so it is very pleasing to get the job done. And, I suppose winning above in Armagh was the catalyst for it. That was when they showed their character and they fought for it.”

The injury profile of the panel and the fact that Peter Acheson and Ciarán McDonald were not options for Liam Kearns during the league campaign ensured that plenty of new faces have been exposed to inter-county football. What may have appeared a negative has been transformed into a positive - Tipperary now have developed a depth to the senior football panel which may, in the long run, be significant.

"We brought seventeen new players into the panel - we had to bring a lot of players in. And, seventeen is actually too many, but we brought them in. The whole campaign has been pleasing in so far as have got the job done,” Liam Kearns revealed.

Prior to the championship players like Philip Austin, Jimmy Feehan, Jason Lonergan and Ian Fahey are all expected to shake off their respective injury concerns while Ciarán McDonald will return to training this week. Peter Acheson, however, is not a practical option for the squad this season. 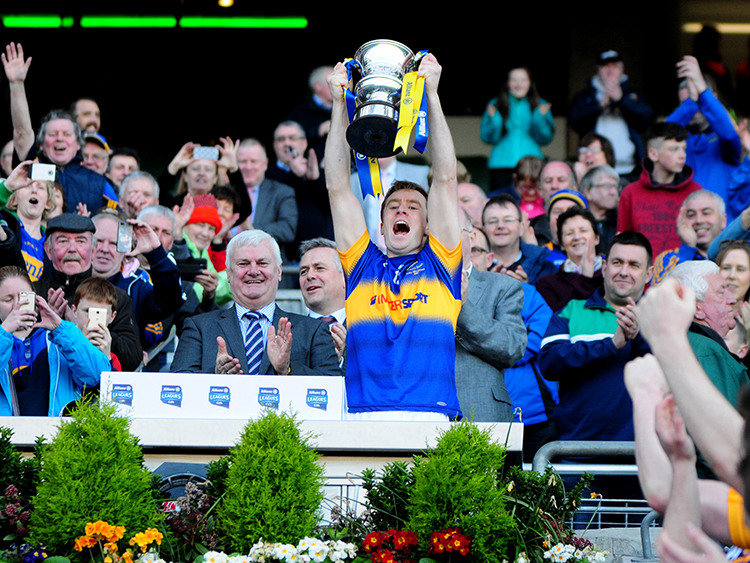 Irrespective of the loss of such an influential player the Tipperary panel appear determined to make forward progress. Indeed, on Saturday Tipp scored 3-19, accumulated thirty-six shots at the opposition posts and also created a whole series of goal-scoring opportunities.

"I wasn't happy with the wides because we did that in the league match against Louth as well and we paid dearly for it,” Liam Kearns explained.

“With 3-19 scored and fifteen wides we are creating a lot of chances and this pitch does suit us and our style of football. We play and we play it at pace. We have good finishers and we try to use them as best we can," Kearns said.

"I think it was 3-19 that we kicked so that is fair scoring in anybody's language and I am delighted for the players. They put in a huge effort. And, it was important that we progressed things after last year,” Liam Kearns revealed.

“After the All-Ireland semi-final last year people were looking to see could we go any further than that. So, it was important that we backed it up and I think we backed it up today. But it is only preparation for the championship at the end of the day. We have got a huge game on the tenth of June against Cork or Waterford. So, we hope to be a lot better then than what we were today.”

As a player Louth manager Colin Kelly was a magician - on Saturday Kelly threw everything at Tipperary, but no trick or tactical switch put the Premier County off. The Louth rabbit stayed in the hat and there was nothing up Colin Kelly’s sleeves except arms. Indeed, Kelly highlighted a period during the opening half when Tipperary hit 1-5 without reply as a key turning point in the contest.

"When they had the spell they really went to town and that's what you get when you come up against quality like that - Michael Quinlivan, Conor Sweeney and Kevin O'Halloran; these guys are top class players. They punished us when they got the opportunity,” Louth manager Colin Kelly explained.

"We scored nineteen points and I thought we played some really attractive football, but we were just caught out a couple of times. It is probably hard for the boys to take to be beaten by nine points,” Kelly added.

"We changed, we pushed and we tried everything we could, but, ultimately, we could not break them down. Fair dues to them - they probably brought last year's form from the championship into the league this year. You saw them prove that they were the best team in the league,” Colin Kelly said.