Tipperary Camogie team are eager to make their championship mark 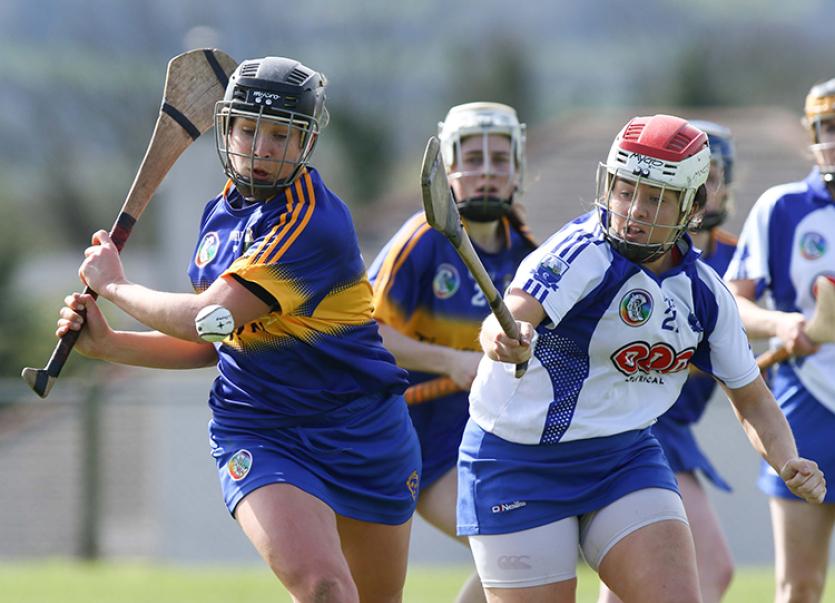 Tipperary Camogie is on an up and it is time for the Tipperary public to pay attention to the story that the Brian Boyle-managed senior team is working to tell about itself.

“The players are proving that with their results and with the commitment we are getting from the group. We all know what the players have and they have what it takes. It is just going to take a little bit of belief and a little bit of consistency to build those results over a period of time,” senior manager Brian Boyle told the Tipperary Star this week.

“On any once-off day I think we are a match for anyone, but the secret is to turn those once-off performances into more consistency. I think that once we get that a lot of very exciting things will happen very quickly.”

Tipperary enjoy an opportunity to show what they can do when the Premier County face the Déise on Saturday - the prize for the winner of this weekend’s game is a semi-final against Limerick with Cork and Clare filling out the opposite side of the draw.

The Munster championship will come to a conclusion before Tipperary host Cork in the opening round of the Liberty Insurance All-Ireland Senior Camogie Championship on Saturday, June 10th - in group two of the All-Ireland championship the Premier County will also face Offaly, Limerick and Wexford.

“So, when you bring all of that together it has been easy so far to motivate these players in terms of where they want to go to and the standards that they are setting for themselves. I would hope that the further that it gets into the year and the more that we can get these results and these performances against big teams the more belief that will come and the more consistency as a result.”

And, of course, an ambitious playing group make great demands of their management team - if anything is not done to the very highest standard the players will let you know about it.

“You want that from your group because it shows the level of ambition that they have,” Brian Boyle explained.

“The last thing anybody wants to do, if they have ambitious players, is to hold them back from realising their potential. But I think we have a very good package this year - we have our dieticians and on the medical side of things we have our doctors and physios. We are in the gym once a week and we have three strength and conditioning coaches,” Brian Boyle said.

“I think that the set-up that we have brought in for them has been huge, but it doesn’t matter a blind bit if people don’t buy into it. They have been buying into it - the standards that they expect of themselves are every bit on a par with the men.” 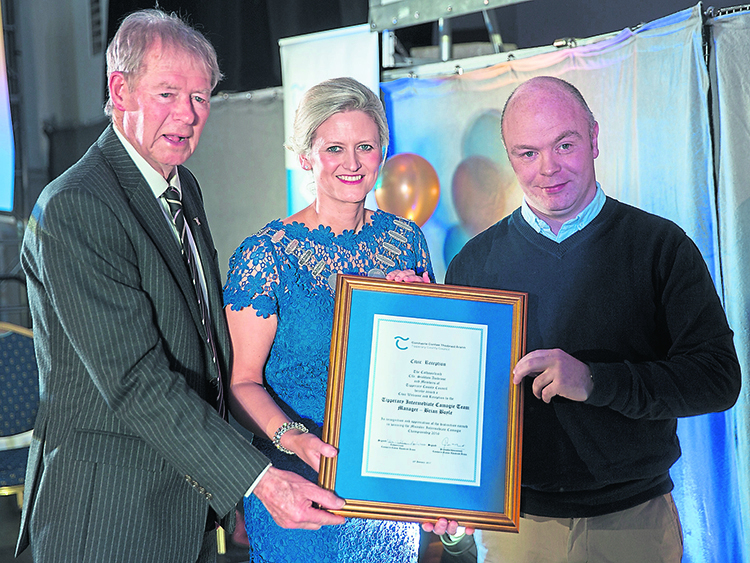 Tipperary lost to defending champions Kilkenny and Cork during their league campaign, but did register wins over Dublin, Wexford and Waterford before missing out on the last four on scoring difference.

“What we were very happy with was the amount of players who got game time - we went very deep into our panel, consciously. We won three games and at half-time against the All-Ireland champions (Kilkenny) we were only down by two points,” Brian Boyle revealed.

“The final result was not really reflective of what happened, but if you take that game out of it the four performances were very good. We were ahead again against Cork right up until the last two or three minutes. So, from that point of view it was good to push every team to their limit. And, to get those three wins was big as well.”

Tipperary’s 2016 league and championship campaign came to an agonising end - Brian Boyle’s fast-improving team lost a league semi-final after extra-time to Kilkenny before progressing to an All-Ireland quarter-final which the Premier County lost by a single point to Wexford. Tipperary, however, avenged the defeat suffered at the hands of Wexford in a recent league encounter at Enniscorthy.

“It was pleasing. We didn’t mention anything about last year to the players - we took the game on its merits. We just wanted to go out and see where we were in relation to them,” Brian Boyle said.

“We played them down in Enniscorthy in their home ground. We had a long trip that morning so to get a win under those circumstances and against a team like that who were pushing very, very hard at the time, who were top of the group and who had already beaten Kilkenny, was very worthwhile and probably just came at the right time. We were getting plenty of these promising performances, but we needed a result.”

Tipperary, however, have to put the league campaign behind them, especially their closing day victory over Waterford. The Déise lost to Tipp (1-18 to 0-8) in the league, but Brian Boyle’s players are expecting a stern challenge next Saturday.

“I expect a huge challenge from Waterford because the Munster championship is something that all of the Munster teams target - they all use it as a major launch pad and springboard into the All-Ireland championship. It is probably the most competitive of all the provincial championships. Waterford won’t want to be going out on the first day. So, they are going to see us as a major opportunity. They will be working to get everything right on the day and we just have to do better,” Brian Boyle explained.

“Waterford are going to bring a massive test, but we have the belief in ourselves now. We just have to build on our own standards all the time - that’s the culture that we have been building with the girls. ‘Culture’ is a word that is used an awful lot, but our girls have bought into that. We know that we are pretty much in charge of where we go ourselves. We have seen that in terms of the standards that we can bring to games. And, the more that we build that and it becomes more of a muscle memory type thing, as opposed to being a once-off, the better we will be as a result. I think we are in a good place.”

Brian Boyle expects Waterford to present Tipperary with a huge challenge on Saturday, but he is also demanding that the Premier players step it up.

“The girls have known from an early point of the year that this was a point in the year which is really important to us. We have been training quite hard and the girls have responded accordingly. So, hopefully we can carry that work into next weekend.”

The Tipperary Camogie team which lost out to Wexford in the 2016 All-Ireland quarter-final. Photo: Inpho