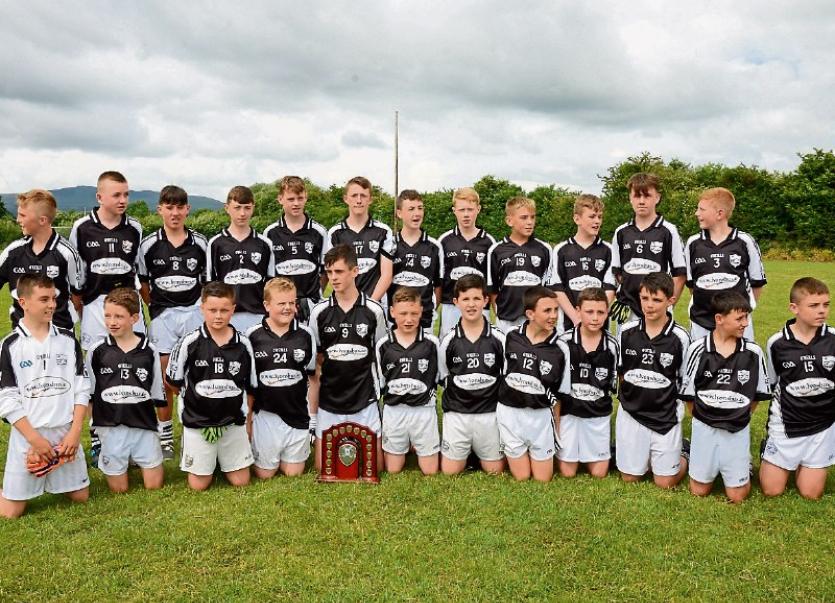 Carrick Swan GAA Club has been granted planning permission with conditions for its new playing grounds at Ballyrichard.

This is great news for the future of the Club, which has an expanding playing membership. The new grounds will ensure the Club's players, members and supporters have state-oftheart facilities.

Swan Club Secretary and Development Officer Sean O'Shea said the Club's "field of dreams" has taken another giant step forward. "We are very grateful to our new neighbours who live in close proximity to where the development will take place just opposite Collin's Park, north of the town, for allowing them this opportunity.

He outlined that phase one of the project will involve the installation of a regulation size playing pitch with a training pitch adjacent, security fencing, ball stop netting, goal posts etcetera.

"There are, of course," other matters that will have to be completed to the satisfaction of the planners including footpaths, street lighting and landscaping. We look forward to engaging with the Council's planning department to ensure that is completed to their satisfaction," he continued.

Mr O'Shea said the Club hopes its recent application for sports capital funding will be approved and this funding in conjunction with fundraising will result in work on the first phase of the development beginnubg sooner rather than later.

"Fundraising, however, is vital and unpalatable as it may sound it is a necessity so it is hoped the people of the town and surrounding areas will help us achieve our aim as they always have by supporting any fundraisers we have."

Mr O'Shea pointed out that the second phase of the development will involve the development of the club complex. "But for now we will concentrate on completing the playing pitches and not get too far ahead of ourselves. These are very exciting times for Carrick Swan."