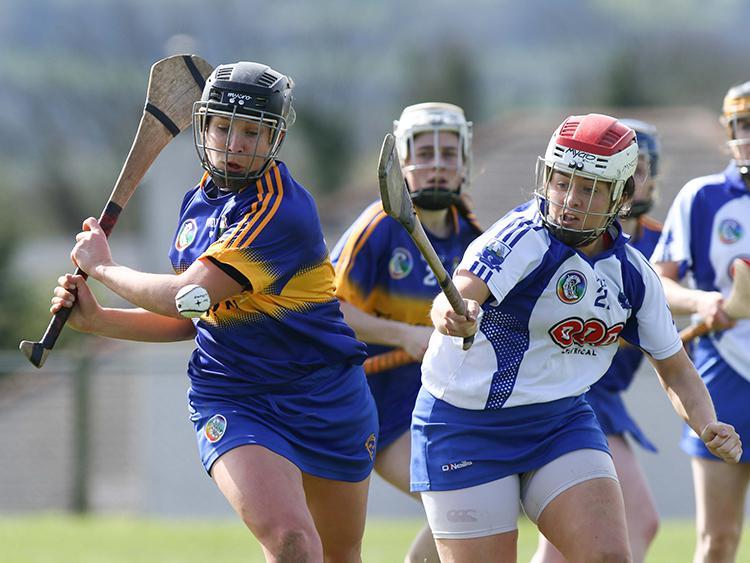 Tipperary made an eye-catching debut in the Munster Camogie championship on Saturday afternoon when the side managed by Brian Boyle beat Waterford by ten points in a quarter-final played at the WIT Arena in Waterford.

There were a handful of especially impressive facets to this Tipperary performance: first off Tipperary recovered an early four-point deficit before winning well, the Premier County fired 4-14 against a Déise side which featured a sweeper and Tipp played some really composed Camogie.

Tipperary used possession really smartly: once the ball was won it was often moved out of the contact area via a short pass and worked into the hand of a player who was well-positioned to deliver a quality ball forward. It took Tipperary a while to put their game together, but once they did some of the deliveries forward were top notch and, at times, by-passed the opposition sweeper beautifully.

And, while the collective application of the team was impressive the performance of several individuals was more than noteworthy. Julie Anne Bourke at corner-back caught the eye, Mary Ryan was commanding at centre-back, Caoimhe Maher was smart on the ball in the middle third, Orla O’Dwyer a powerful runner in attack and Nicole Walsh terrific from placed balls while Jenny Grace performed a vital role at full-forward.

Next up for Tipperary is a Munster semi-final against Limerick on Saturday, April 29th while Cork and Clare battle it out on the opposite side of the draw.

Waterford profited from a slow Tipperary start when streaking into a 1-1 to no-score lead before Tipp got off the mark thanks to three Nicole Walsh frees. Some encouraging combination play between Jenny Grace, Miriam Campion and Nicole Walsh in the tenth minute suggested that Tipperary were capable of some accomplished Camogie and in the 13th Jenny Grace notched the Premier County’s first point from play.

Tipperary still trailed 0-4 to 1-3, but you could see that Brian Boyle’s players were starting to piece their game together. Indeed, points from Cáit Devane and Orla O’Dwyer tied the game by the 19th minute (0-6 to 1-3).

Tipp were probably guilty of firing some silly wides on Saturday, especially when some solid approach play appeared just one pass away from carving Waterford wide open.

The Premier County happened upon a little good fortune in the 21st minute when the Waterford full-back line failed to deal with an Orla O’Dwyer shot which dropped short and Jenny Grace smacked home a goal. Three minutes later Orla O’Dwyer burst through and buried a left-handed effort to present her side with a 2-6 to 1-3 advantage.

Waterford responded with a sensational Becky Kavanagh goal in the 26th minute, but despite facing into the stiff breeze in the opening half and having to negotiate their way around a sweeper Tipperary led 2-7 to 2-5 at the interval.

The sides traded points during the opening minutes of the second half before Tipperary drilled 1-5 without reply to settle the game (3-13 to 2-6 by the 48th minute).

A Nicole Walsh free launched the onslaught before Tipperary pieced together a brilliant move in the 41st minute - Jenny Grace and Orla O’Dwyer combined smartly before Miriam Campion delivered the finish. Walsh added another placed ball to the Tipp tally before Ereena Fryday landed a brilliant point off her left as this contest entered the final quarter.

Jenny Grace, who represented a vital reference point for the Tipperary team at full-forward in the second half, created a goal-scoring opportunity for Mairéad Teehan in the 47th minute and although the Moneygall star’s shot was superbly saved by the Waterford ‘keeper Orla O’Dwyer was on hand to lash in the rebound. Soon after Ereena Fryday landed another left-handed effort from distance and Tipperary led by ten (3-13 to 2-6).

Thereafter Tipperary appeared to ease off a little. Becky Kavanagh demanded a sensational save from ‘keeper Caoimhe Bourke in the 51st minute while Waterford then added four converted frees to their tally. Meanwhile Nicole Walsh saw out the scoring from a Tipperary point of view - the Borris-Ileigh markswoman landed a free in the 62nd minute before Walsh’s ambitious effort in the 63rd dropped short and the misfortunate Waterford ‘keeper spilled the delivery over the line.