Michael Ryan: ‘There is nothing between Tipperary and Galway’ 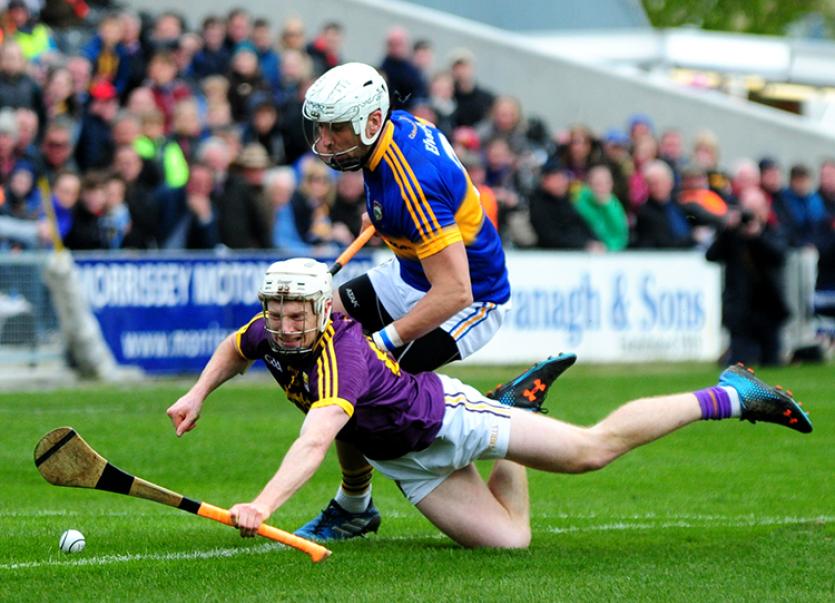 Tipperary moved on smartly from the eleven-point win (5-18 to 1-19) over Wexford at Nowlan Park, Kilkenny on Sunday - on April 23rd the Premier County face Galway in the Allianz National Hurling League final at Páirc na nGael, Limerick (throw-in 3.30pm). Essentially, Tipperary have just a matter of days to prepare to face one of the most formidable teams in the country.

Tipperary have reached the league final as reigning All-Ireland champions for the first time since 1992 and now face the Tribesmen who are seeking their tenth league title (first since 2010). And, Galway, of course, also have a bone to pick with Tipperary - the side managed by Micheál Donoghue has every reason to believe that the 2016 All-Ireland semi-final was their’s for the taking (2-19 to 2-18).

“It was advantage us by a point in 2016, it was advantage Galway in 2015 and in the intervening period we had a draw in Salthill (in the league - 2-19 to 1-22). There is nothing between Tipperary and Galway, literally nothing between Tipp and Galway,” senior hurling manager Michael Ryan explained following the Allianz National Hurling League semi-final win over Wexford.

“It's a great rivalry - we don't meet that often, but when we do there is nothing between us. For us to get out over the line last year in Croke Park against Galway we were really lucky on the day and we always appreciate that,” Michael Ryan added.

Tipperary travel to Limerick on Sunday next searching for a 20th league title - the Premier County last won the league in 2008 when seeing off Galway in the decider (3-18 to 3-16).

Galway beat the Shannonsiders 1-21 to 1-11 at Páirc na nGael, Limerick on Sunday in their respective league semi-final with Conor Cooney notching the key goal. David Burke, as you would expect, is in terrific form for the Tribesmen while Joe Canning has a real edge to his game the moment. And, when you add players like Aidan Harte and Conor Whelan to the mix you soon realise how formidable Galway are. And, of course, Lukasz Kirszenstein, Tipperary’s All-Ireland winning strength and conditioning coach, is now working alongside manager Micheál Donoghue to prepare the Galway squad.

David Fitzgerald’s Wexford put it up to the All-Ireland champions at Nowlan Park. Wexford, for instance, were within two of Tipperary (2-12 to 0-16) in the 57th minute and hurling well. Tipperary, however, pulled their opponents apart in an explosive five-minute period which yielded a 2-4 dividend.

“We came (here) to try and get through and get ourselves into a league final. So, it's mission accomplished in that regard, but it was a great game,” Michael Ryan explained.

“I thought it was highly uncomfortable there for a very, very long time. It was only in the second half that we got the couple of scores to put some daylight between the sides and we could relax a little bit. Wexford were full value - we knew what they would bring and they did bring it. I thought they were very well organised, but the couple of goals that we got in the first half stood to us. We were trailing them on points and that would suggest that they were doing the bulk of the work and the bulk of the scoring.”

In the end Tipperary enjoyed an eleven-point margin of victory, but Tipperary manager Michael Ryan said that the result “flattered” the All-Ireland champions.

“I think it flattered us to be honest - I think the goals flattered us. It's great to get them - don't get me wrong we were delighted to get them and they were well-engineered and well-taken - but the game was a lot closer around the middle third than that would have suggested. If you watch the end of it again those guys (Wexford) just kept coming and coming and coming. And, they got a goal, but, thankfully, we had enough of a cushion at that stage.”

Michael Ryan and his players, of course, are experienced enough to know that, irrespective of the circumstances, the key to success it to focus the mind on the work that needs doing. Even when Lee Chin landed a terrific point to drag Wexford within two with thirteen minutes to play Tipperary focused on the next ball.

“Worry is not the emotion - you are in the middle of the game and it ebbs and flows. It is all about getting the next ball and getting your hands on it,” Michael Ryan explained.

“Our boys needed to get themselves into some kind of structure and shape which, at times, we gave up too easily today. But when we found that and we were able to get our hands on the ball we were able to make some good things happen.

“Wexford had great long periods of ascendancy and we are not happy at all about those. But, look, they are a quality side - this is their first defeat in this league and that's not an accident and three of the four teams that are in the semi-finals are division 1B teams. So, what does that tell you,” Michael Ryan asked.

One player who helped to shift the dynamic of this contest in Tipperary’s favour was Michael Breen who was introduced at the break, slotted in at centre-forward and the Ballina man proceeded to fire four points from play.

“Yeah, he had an almost instant impact which is great for him,” Michael Ryan agreed.

“He got himself involved and four scores in thirty-five minutes is a very good return. It is just feeding that competition that we crave in Thurles all the time - we are absolutely craving that intense competition (between players).

“It's all to play for and it's very early days - it's five weeks from championship. We get a really, really good game next Sunday with Galway - we never fail to get a good game against Galway. So, it is super preparation for us. After that we are four weeks out from championship and for the time being there is a national title to be played for. We are delighted to be in that final. We set it out really early in the year that we wanted to have a real go at this league and to try and win it. That story has not changed. So, we are in the final and we are delighted to be there.”

In the 18th minute a Wexford defender was turned over inside his own 45-yard line and Niall O’Meara picked out the unmarked Noel McGrath who delivered a composed finish (2-2 to 0-2). In response to the McGrath goal Wexford manager David Fitzgerald was beside himself with anger and charged onto the field in order to remonstrate with referee Diarmuid Kirwan and, subsequently, Tipperary players Niall O’Meara and Jason Forde.

“From what I saw I can understand the frustration - there was certainly a high hand or a high-looking tackle,” Michael Ryan admitted.

“We turned over the ball, but whether there was a foul in the middle of it, possibly - I need to see it again. I fully understand that and we had our frustrations at the other end. But, look, that's the game - it ebbs and flows. It was a big deposit for us, obviously, getting goal number two."

Cork referee Diarmuid Kirwan penalised Tipperary fifteen times on Sunday and awarded just four frees to Michael Ryan’s men - an extraordinary pattern. And, when Michael Ryan was asked about the issue he, in turn, asked the assembled press corps what they thought about the matter before laughing.