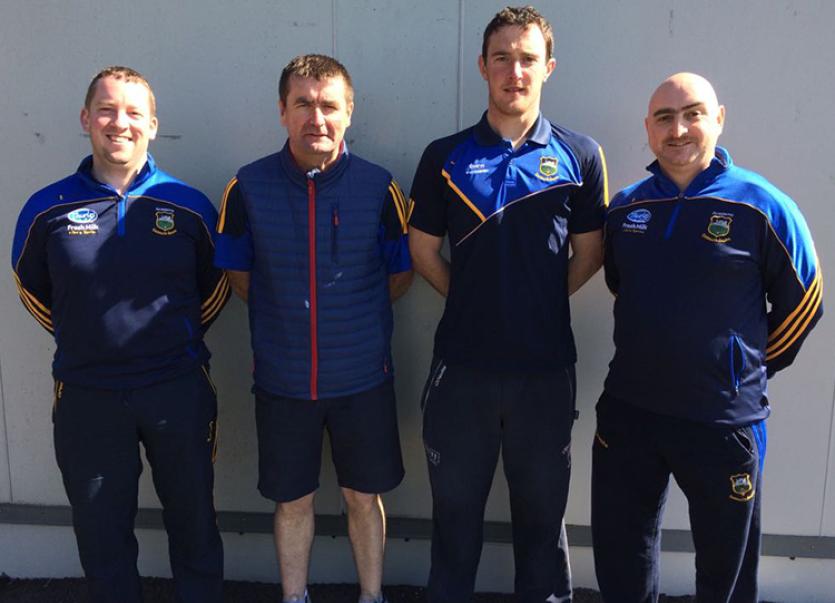 The Tipperary under-17 hurling team found themselves out-gunned against the Rebels at Páirc Uí Rinn, Cork on Tuesday evening - in the end John Considine’s superb side won by thirteen points, but the home side could have enjoyed a more significant margin of victory.

This Cork team are managed expertly by John Considine and although in previous years questions have been asked about the conditioning of the Rebel players no such queries will be made concerning this vintage. This Cork under-17 team are big, powerful, good in the air, determined, tactically aware and they can hurl, too.

“A lot of it came down to the physicality and intensity of the game. Cork just had the upper hand with their strength, their intensity and their aerial ability,” Tipperary under-17 manager Trevor Hassett explained.

“They were that bit better at winning primary possession and they got key ball into their forwards. They were able to open up the space and they punished us. Except for some fantastic saves from our ‘keeper I dread to think what might have happened - they just created so many goal chances.”

Despite the defeat suffered Trevor Hassett was encouraged by the fact that the Tipperary players refused to give in.

“We battled hard and we brought it back to three points with thirteen minutes to go - our boys tried their best, but we just came up that bit short,” Trevor Hassett explained.

“It’s always hard to come down here to Cork. The Cork crowd are a real partisan crowd - they wear their emotions on their sleeve and they really let you know when they are on top. Look, that can be daunting for young lads and it is daunting as the best of times even for senior players. Our lads did us proud. They put all they could into it and they kept trying to respond,” Trevor Hassett added.

Cork led 0-2 to 0-1 when Tipperary struck for the opening goal of the game in the fourth minute - Ray McCormack caught an Eoghan Connolly delivery and buried a rousing three-pointer. The Rebels, however, proceeded to dominate and fired seven points without reply to lead 0-8 to 1-1 by the 16th minute.

Mark Downey’s driving run and point lifted the siege in the 18th minute, but Cork soon added three more to their tally and led 0-11 to 1-2 as early as the 22nd. Mark Downey enjoyed a slight sniff of the Cork goal in the 23rd minute, but a Ronan Sheehan hook denied the raiding Tipp man before Ray McCormack won a free which Bryan McLoughney clipped over.

A Paul Devlin hook denied Cork a goal soon after before Dáire Connery (free) and Glen Loughnane traded efforts. A Bryan McLoughney point brought the first half scoring to a close, but Tipp ‘keeper Conor Grace was called on in injury time to make an excellent double save which ensured that the Premier County trailed by just four at the break (1-5 to 0-12).

There was a marked improvement in the work rate of the Tipperary forwards immediately after the break. And, such application appeared to make a material difference on the game. Indeed, a Kevin McCarthy point closed the gap to three, but Cork hit back with two Colin O’Brien strikes (one free) while Josh Ryan hooked the raiding Tommy O’Connell superbly in the 39th minute.

A rousing point from Ray McCormack in the 41st minute illustrated what is possible when forwards attack the inside arm of opposition defenders, but Cork notched the goal their performance so richly deserved in the 42nd minute when Brian Roche brought some smashing approach play to an emphatic conclusion (1-14 to 1-7).

Tipperary, however, refused to give in and right from the subsequent re-start a Kevin McCarthy delivery found Ray McCormack and the Borris-Ileigh man booted home his second goal. Stephen Kirwan then added a point to the Tipp tally and although Colin O’Brien hit back for Cork Michael Nally won a free in the 46th minute which Shane Doyle converted to leave three in it (2-9 to 1-15).

Unfortunately, that Doyle strike would represent Tipperary’s final contribution to the scoring while the Rebels concluded the contest with a 1-7 blast.

In the end Tipperary lost by thirteen, but the margin of defeat could have been much more significant. Conor Grace saved brilliantly in the 50th, 51st and 58th minutes from Joe Stack (twice) and Tommy O’Connell respectively. Indeed, Stack was also denied in the 59th minute when Zach Jackson dispossessed the Cork full-forward at the last second.