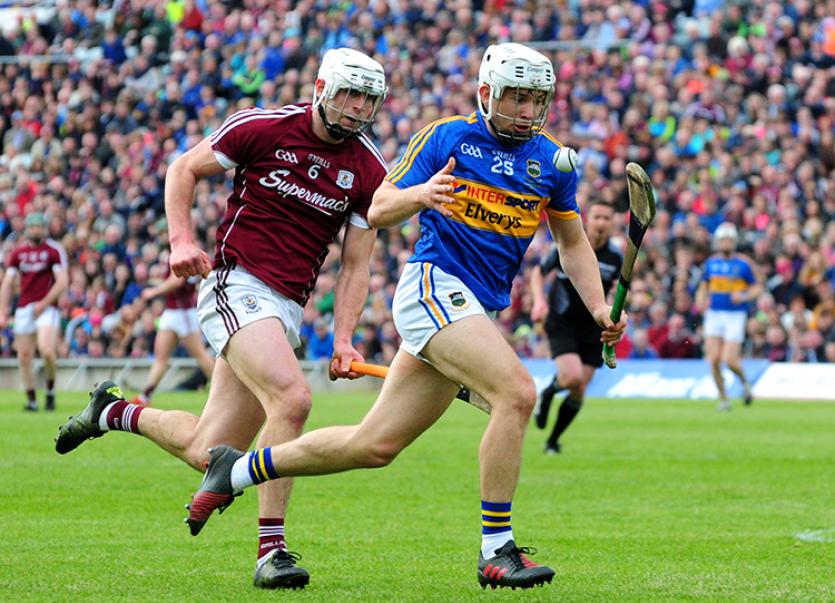 Niall O’Meara pictured on the ball for Tipperary against Galway. Photo: Eamonn McGee

On Sunday at The Ragg Drom & Inch won the county senior league final when defeating Borris-Ileigh 3-9 to 0-8 while in the junior A league decider Toomevara proved too strong for Kiladangan (1-16 to 0-5).

A heroic Nenagh Ormond team fought their way into the Ulster Bank League division 1B-2A play-off final when seeing off the challenge of Highfield on Saturday afternoon (13-9) - Nenagh Ormond will now face Dolphin in the final on Saturday, April 29th in Cork with a spot in division 1B up for grabs.

St Michael’s are through to the Munster Junior Cup final following their 4-2 semi-final win away to Broadford (Limerick) on Saturday evening. In the final the Saints will face Pike Rovers - the Limerick club beat Fairview Rangers 2-1 in their respective semi-final. St Michael’s are the defending Munster Junior Cup champions while the Tipperary Town club also claimed this prestigious title in 2014, 2011, 2005, 2001, 1991, 1990 and 1973.