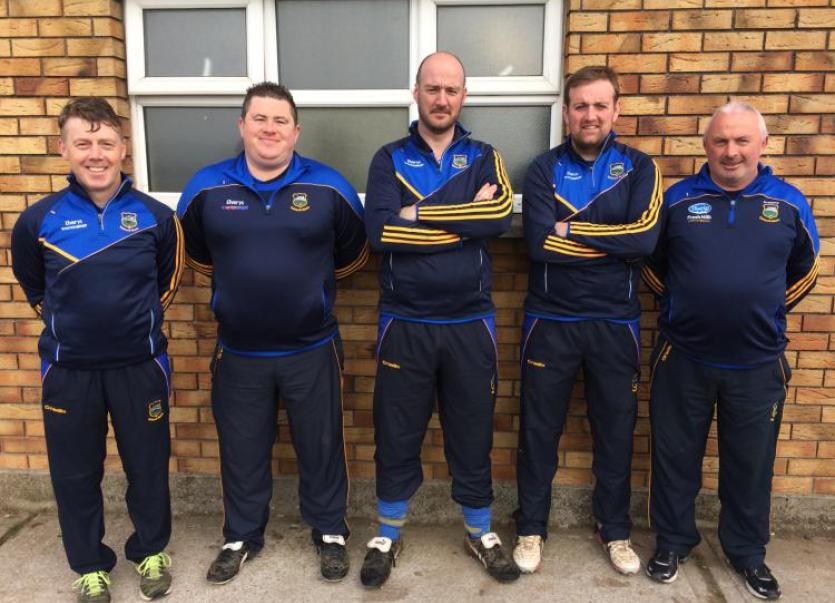 Having lost 1-8 to 3-21 against Cork in a recent quarter-final at Semple Stadium, Thurles Tipperary hoped to resurrect their season in Ennis, but, unfortunately, the home side proved too strong and were good value for this five-point win.

This minor contest proved a disappointing one in terms of a spectacle - the game featured just six points from play, three genuine goal-scoring chances and forty-four frees (Tipperary conceded twenty-four frees in all). Indeed, Clare proved the more accomplished outfit around the field and were especially strong in their full-back line - Tipperary tried to ask some relevant questions, but failed to make a tangible impact.

A reasonably poor first half saw Clare lead at the break 0-5 to 0-2 even though the home side had failed to score from play. Indeed, the opening half featured some poor football and twenty-one frees with Tipperary fouling a whopping fourteen times.

Converted frees, which came courtesy of Paudie Kelly and Gavin Cooney, helped the Banner into a 0-2 to no-score lead inside the opening ten minutes - by then Tipperary had already conceded six frees and six shots at their goal. Indeed, a distressed-looking Tipp team were struggling on their own re-starts. The Premier lads were playing into a slight breeze and the fact that Clare pressed the Tipperary kick-out on a man-for-man basis made matters all the more complicated.

Tipperary manufactured their first shot (wing-back John Ryan) in the 12th minute while goalkeeper Jack Dolan was required to make sharp saves in the 11th and 13th before a Gavin Cooney free left three between them.

Finally, Tipp got off the mark when Mark Stokes picked out Conall Kennedy and he swung over the opening score from play in the 17th minute (0-1 to 0-3).

A Paudie Kelly free re-established Clare’s three-point advantage before Ryan Lambe converted an impressive ’45 in the 23rd minute. Then, in the third minute of first half injury time, a Dermot Coughlan free left three between them at the break.

A Paudie Kelly free five minutes into the second half helped Clare into a four-point lead, but Ríain Quigley curled over a left-footed free a minute later in response.

A smashing move, which featured a terrific delivery from Ryan Lambe and a smashing turn and shot from Conall Kennedy, closed the gap to two in the 39th minute (0-4 to 0-6) and presented us with a flash of what this Tipp team were capable of.

With twenty minutes to play, the goal at his mercy and with Gearóid Cahill in support Clare’s Gavin Cooney kicked the home side’s first point from play (0-4 to 0-7).

A glimpse of hope emerged for Tipperary in the 51st minute when Shane Ryan, now operating from full-forward, set up Adam McGrath for a smashing right-footed point. Clare, however, hit back with two quick efforts from Gavin Cooney and Paudie Kelly (free) to lead by four (0-5 to 0-9) with seven minutes to play.

A Gavin Cooney point with five minutes to go pushed the game out of Tipperary’s reach while the Éire Óg Ennis man butchered a goal chance a minute later when Ciarán O’Donoghue’s left-foot shot came down off a post.