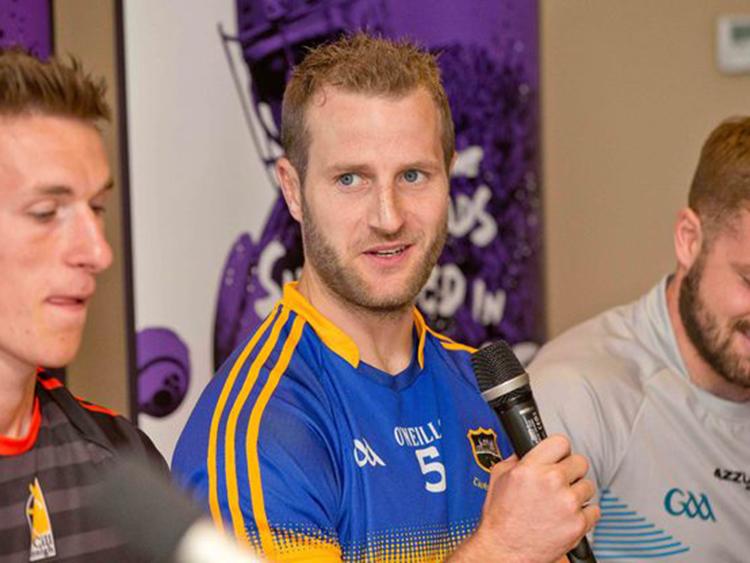 Killenaule’s Kieran Bergin, who made his debut against Limerick in 2013 and played sixteen championship games in the blue and gold, has withdrawn from the Tipperary senior hurling panel - Bergin was named in the match day twenty-six for the recent league semi-final and final, but remained an unused substitute for both games.

It is rumoured that work commitments are the basis for the decision of the 31-year-old to initiate his inter-county retirement. No statement, however, has been made by the County Board, the senior hurling management team or the player with specific relation to the matter.

Bergin, an accomplished utility player who could operate in midfield or defence, featured as a second half substitute in the 2016 All-Ireland final and also won Munster Senior Hurling Championship medals in 2015 and 2016.

Kieran Bergin attended Presentation Ballingarry alongside three of his siblings, namely brothers Niall and Cathal and sister Niamh. Incidentally, Kieran is a first cousin of former
Galway footballer Joe Bergin and his brother Niall won an All-Ireland minor medal at wing-forward for Tipperary in 2006 while his uncles, Liam and Jack, captained the Tipperary senior hurlers in 1983 and 1985 respectively.

Jack, of course, was also a selector when Nicky English guided the Premier County to an All- Ireland title in 2001. Another of Kieran’s uncles, Jimmy Leahy, won Munster and All-Ireland minor hurling medals in 1980 while also capturing a Munster under-21 hurling medal in 1984.

Alongside James Woodlock, Paddy Stapleton, Darragh Egan, Conor O’Brien and Shane Long, Kieran Bergin won a Munster minor hurling championship in 2003. Kieran featured, once more, on the Tipperary minor team led by manager Vincent McKenna (Borrisokane) in 2004, but after appearing as a substitute in Tipp’s 2005 under-21 Munster final defeat to Cork the Killenaule man elected to pack his bags and head for the United States.

A more than competent footballer Kieran was invited to join the Tipperary senior football panel and in 2013 featured in a McGrath Cup campaign which culminated in a final defeat suffered at the hands of Kerry.

That spring Kieran Bergin hurled brilliantly in a DIT half-back line which also featured Dublin’s Liam Rushe. Indeed, DIT took some notable scalps before losing out to a star-studded Mary Immaculate College team in the quarter-finals of the Fitzgibbon Cup. Bergin’s form was such that he attracted the attention of the Tipperary senior management team and then selector Michael Ryan invited Bergin onto the senior panel.

Club championship games take place in Tipperary on the week-ending Sunday, April 30th and Sunday, May 7th before Tipperary can focus exclusively on the Munster Senior Hurling Championship quarter-final against Cork on Sunday, May 21st at Semple Stadium, Thurles.