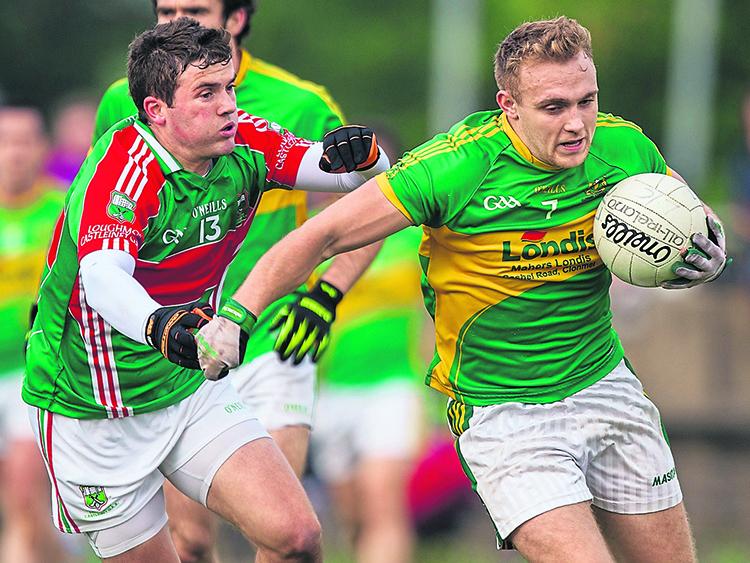 Loughmore-Castleiney (14) and Clonmel Commercials (16) have won thirty county senior football titles between them and shared the last five with the Mid men crowned in 2013, 2014 and 2016 and Commercials emerging as champions in 2012 and 2015. Indeed, all the indicators suggest that these great rivals are on a collision course to meet one another, once more, at the business end of this season.

Clonmel Commercials entered the concluding stages of the 2016 championship as defending provincial champions, but were dumped out of the Tipperary Water County Senior Football Championship at the semi-final stage by Loughmore (0-9 to 0-8) in a nail-biter.

Irrespective of that result Clonmel Commercials have been installed as 5/4 favourites to collect the county title this term while defending champions Loughmore-Castleiney are reasonable outsiders to place titles back-to-back (3/1).

Moyle Rovers (7/1), however, are a side who are sure to have a huge say in this year's championship. Rovers last won the county title in 2009, but are a coming force and are sure to push hard this term having lost the last two finals to Clonmel Commercials and Loughmore-Castleiney respectively.

Group one appears wide open with JK Bracken's, Kilsheelan-Kilcash, Drom & Inch and Killenaule all sure to have their eye on a spot in the concluding stages of the championship. Momentum, therefore, could be key here - both of the opening round games take place on Sunday, May 7th: Drom & Inch take on divisional rivals JK Bracken's in Templetuohy (6pm) while Kilsheelan-Kilcash and Killenaule meet in Monroe (7pm).

Moyle Rovers are the team to watch in group two and will launch their 2017 campaign against Aherlow Gaels in Cahir (7pm) on Sunday, May 7th while Fethard and Arravale Rovers meet on Saturday evening in Leahy Park, Cashel at 7.15pm.

The group three clash of Éire Óg Annacarty-Donohill and Loughmore-Castleiney launches the county senior football championship in Golden on Friday, May 5th (throw-in 7.15pm) - during a one-sided meeting of the sides in 2016 Loughmore strolled to an easy win and you can be sure that Éire Óg will be nourished by the memories of that defeat this time around. The second game in group three takes place on Sunday, May 7th at New Inn (2pm) and features Galtee Rovers-St Pecaun and Ardfinnan.

Group four features Ballyporeen, Cahir, Clonmel Commercials and Upperchurch-Drombane with the action getting underway on Saturday, May 6th when Upperchurch-Drombane face Ballyporeen in Sean Treacy Park (7pm) while on Sunday, May 7th the meeting of Clonmel Commercials and Cahir features at New Inn (3.30pm) - watch out for a very capable Cahir side to make an impact here.